We all knew the day was coming, and now it’s almost here. I’m talking about the release of geek-guru Ernest Cline’s second novel, Armada. If you’re a geek and haven’t read Cline’s first novel, Ready Player One, I’ll give you a pass this one time and let you know that you have until July 14, 2015, to grab a copy, sit down, and read it. Otherwise… consider your geek membership credentials under review. (Look, you’ve had since the book’s 2011 release to get it read. Enough excuses!)

For those of you who did read Ready Player One and have waited and wondered whether Cline could deliver the goods again… I’m about to answer that question. And I will do my best to try and not ruin any major surprises. That said, I will provide some basic plot details that can be had from reading the book’s basic description on any number of websites, including the official Armada website here. So, if you don’t wish to know anything about Armada, stop reading NOW. 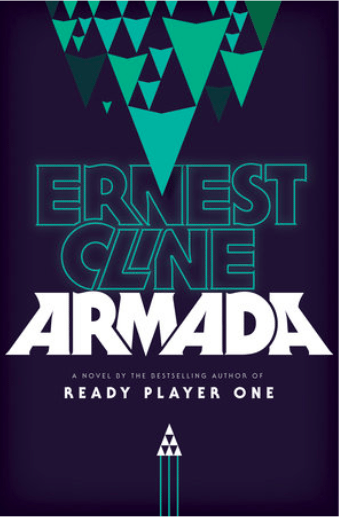 Eighteen-year-old Zack Lightman is preparing to graduate high school, but he’s not aiming high. He works part-time at a local retro videogame business, Starbase Ace, and what he wants to do most in the world is move into a full-time position. And play videogames. So when Zack’s daydreaming and staring out the window during class and sees a UFO that looks strikingly familiar to an enemy he faces in a popular computer game, he thinks he must be losing his mind. And there’s a precedent for that, too — his father died just after Zack was born, and when Zack got older and his mom gave him a key to the attic where his father’s possessions were stored, he discovered a strange notebook containing his father’s notes about a grand conspiracy involving Star Wars, Space Invaders, the Atari 2600, and much more. Over 50 bits of geek trivia beginning with the creation of the Space War computer game in 1962 to the release of Galaxy Quest in 1999.

After examining the notebook a little closer, Zack comes to one conclusion — his dad may very well have been a little crazy, with videogames spilling over into his real life. And now Zack is having hallucinations. This isn’t good.

But what if dad weren’t crazy? What if certain videogames and movies and books and TV shows were created and released solely to ready the world and train an army for an impending alien invasion?

Zack is ranked #6 out of the millions of players who enjoy one of the most realistic videogames out there, Armada. He’s one of the best players, but it’s still just a game. But Zack still dreams — saving the planet, getting the girl, and rocking out to his dad’s Raid the Arcade music mix while piloting a real ADI-88 Aerospace Drone Interceptor. So, you can imagine Zack’s surprise when a troop transport, straight out of the video game and complete with the Earth Defense Alliance logo on its side, lands outside his school and a couple of MIBs whisk him off to a secret hidden base where he learns that he’s been recruited to help defend the planet. And a certain much-loved geek movie pops into his mind…

As a matter of fact, as Zack learns more and more about the Earth Defense Alliance and the alien enemy that he and the millions of other Armada players will be facing, he begins to notice more patterns and themes that the EDA, filled with geeks like him, should have caught… but have somehow overlooked. And that’s when Zack starts to really question the motives and goals of the EDA and the unknown enemy, and realizes he may have to take matters into his own hands. The meek may inherit the Earth, but a geek is gonna save it.

Remember that feeling you had when you finished Ready Player One? Do you recall thinking to yourself that this writer just gets what being a geek is all about? Can you think back to how you reacted to discovering all the little hidden geek gems tucked away, some of them quite tricky and others plainly over-the-top? Armada is a different type of story, no doubt, but the nods and winks are all there just as you’d expect from someone who took geek culture and used it to gift wrap his first unique and enjoyable novel. Cline’s pulled it off… no one-hit wonder here.

Armada will provide fans with exactly what they expect and have been anxiously waiting for — an entertaining story that weaves geek mythology together with a coming-of-age tale. And a possible secret hidden base on the Moon.

I finished Armada exactly as I did with Ready Player One — with a smile on my face and looking forward to a second read.

You can pre-order the book now from Amazon for a release-day delivery. 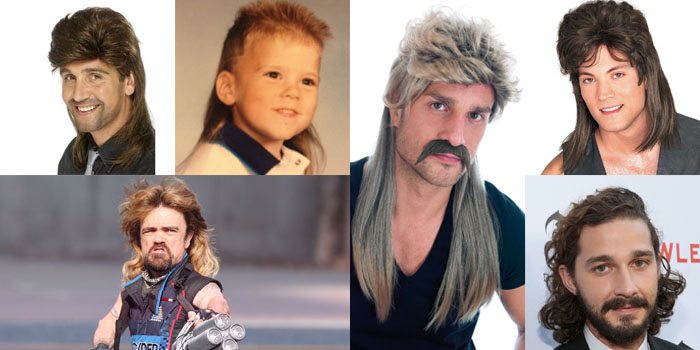 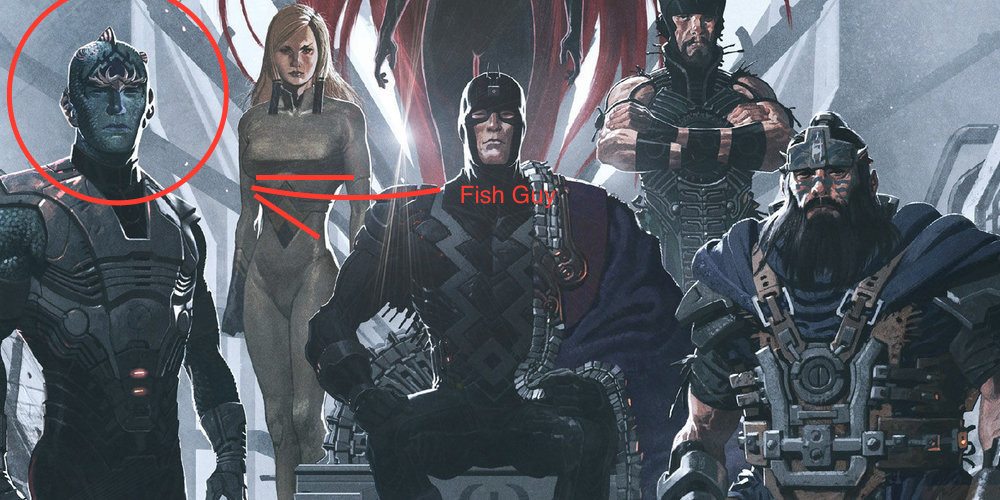 Get to Know a Hero: Triton (Inhuman Royal Family)

4 thoughts on “‘Armada’ Arrives Soon — Will Geeks Save the World?”