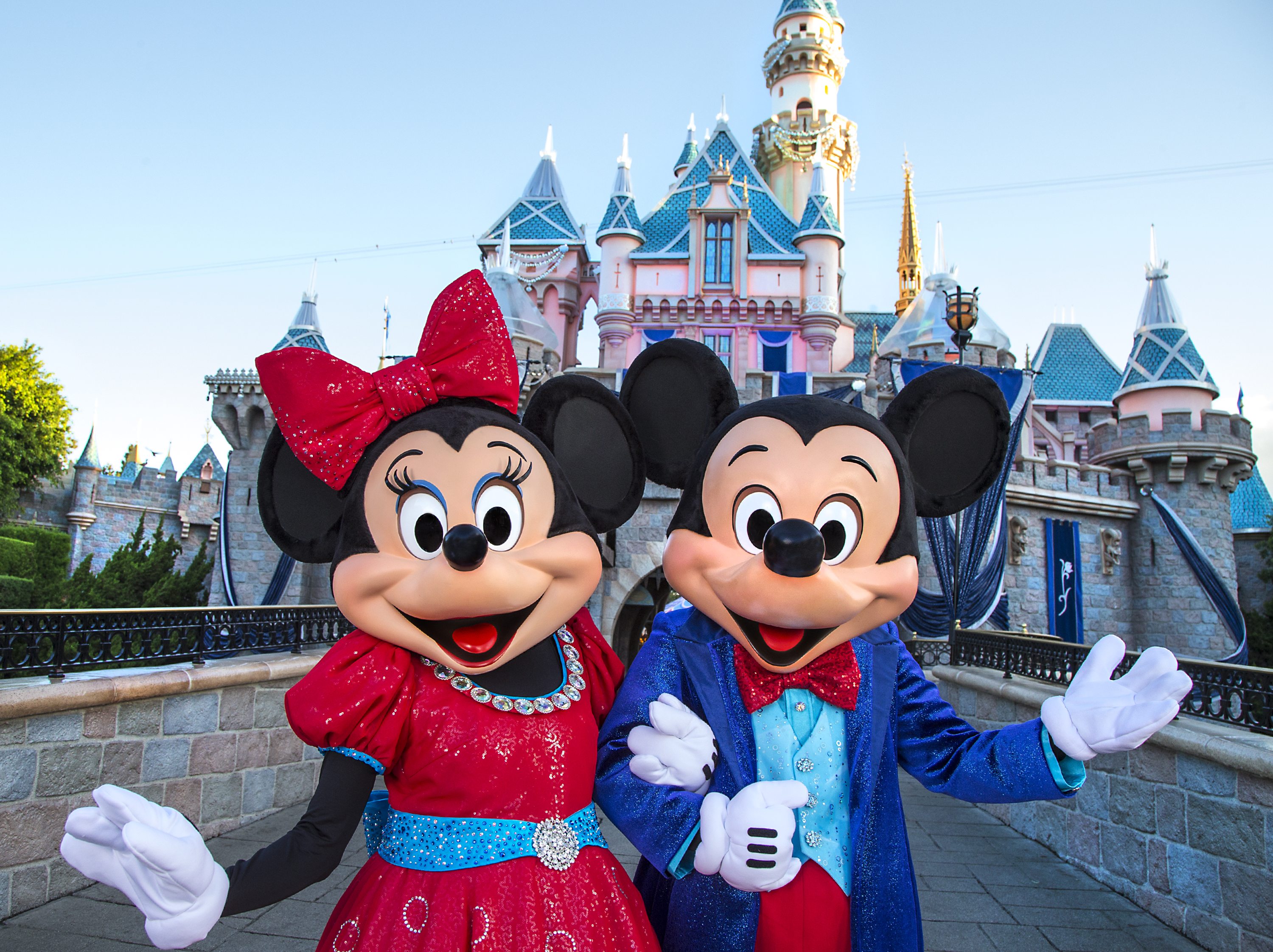 It would appear that diamonds are a mouse’s best friend as Disneyland Park (and the entire Disneyland Resort) has officially kicked off its 60th Anniversary Celebration (the actual anniversary date is July 17), aka Disneyland Resort Diamond Celebration, and with it some very amazing new shows that offer just the right blend of tech and magic. Also, lots and lots of diamonds. Tons of them.

To say that Disneyland Forever is the new fireworks show at Disneyland isn’t doing it justice. Yes, technically it is just that, but it also incorporates lights, fire, snow, and all of Main Street, U.S.A. into the act. How? Like this:

That’s really just a tease, because the actual show incorporates fun images and props from whatever Disney theme is featured at the moment. For instance, when the fireworks are synced to music from Mary Poppins, the buildings suddenly sport the dancing silhouettes of countless chimney sweeps (and the good luck that rubs off them). Other highlights include The Lion King and the underwater adventures of Finding Nemo and The Little Mermaid.

Disney Paint the Night Parade is basically Disney’s Main Street Electrical Parade 2.0, and that’s a good thing. Incorporating Disney and Pixar favorites, the parade uses 1.5 million lights. Make sure the kids get as close as possible, because there is a lot to see and space gets pretty tight (other options include holding children on your shoulders in which case I hope you are reading this at the gym).

Mack, from Pixar’s Cars and Cars 2, was a personal favorite:

The title isn’t kidding; the show is very much a tribute to Walt Disney, and it is sweet, funny, and sometimes wet. However, there is a lot of post-Walt, too. The biggest surprise was the addition of an entire segment dedicated to Star Wars, which, obviously, was a huge hit with the crowd.

The World of Color is a show that combines projected images and video onto mists of water, along with synchronized lighting effects, powerful fountains, fire, and of course, music.

In addition, there are some pretty fun new upgrades in both Disneyland and Disney California Adventure. Disneyland is featuring a refurbished Matterhorn with the best audio-animatronic Abominable Snowman yet (above), some major plussing of Peter Pan’s Flight (reopening July 1, 2015), and the long awaited return of the Hatbox Ghost in the Haunted Mansion, the viewing of which elicited this comment from my 11-year-old: “He’s terrifying.”

The celebration, and all of the new shows and upgrades that come with it, is definitely worth your time this summer, but please note, this is hardly a secret and the crowds will be huge. Plan ahead, make dining reservations via the Disneyland website, and allow for lots of rest and water. The Happiest Place on Earth is always a lot happier when you pace yourself.

The USA Science & Engineering Festival — Only One Day Left!