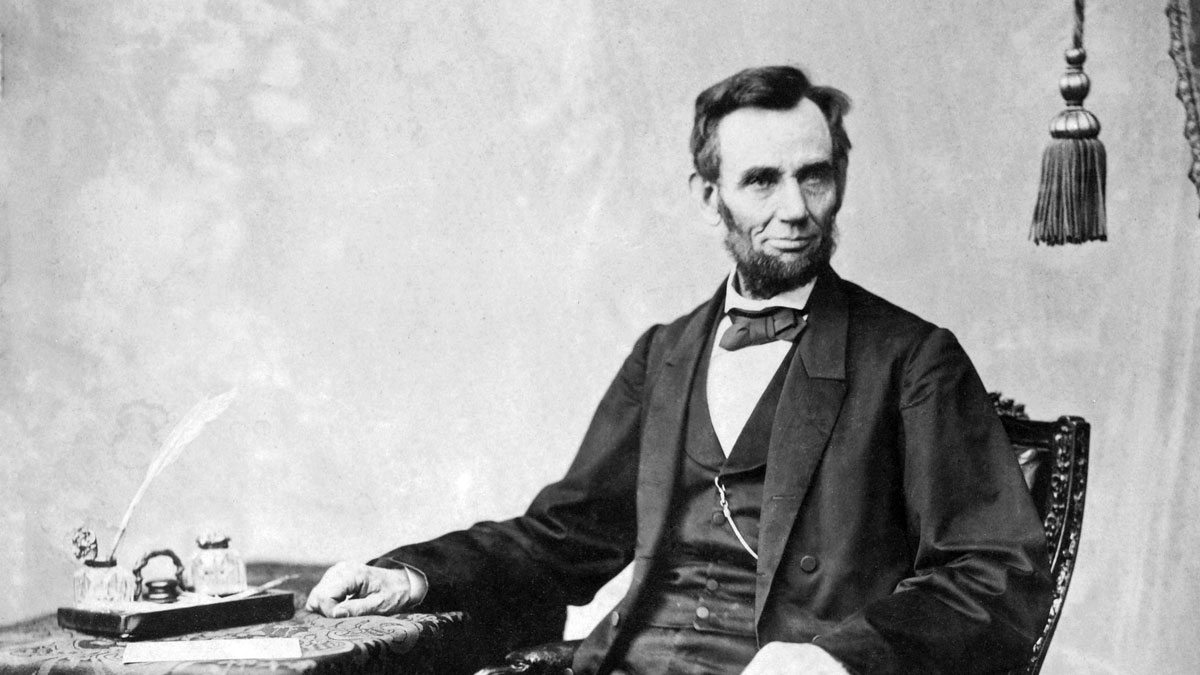 At last, the war was over. While a formal declaration of peace would not be made for another month, and it would take another month and a half after that for the last Confederate general to give up, General Robert E. Lee’s surrender of the Army of Northern Virginia to General Ulysses S. Grant on April 9, 1865 was seen–then and now–as the end of the American Civil War.

Five days later, on April 14, 1865–150 years ago today–President Lincoln and his wife, along with Clara Harris and Major Henry Rathbone, attended a performance of Our American Cousin at Ford’s Theater, a few blocks from the White House. During the play, at about 10:15 that night, actor and Confederate sympathizer John Wilkes Booth entered the State Box where the Presidential party was seated and shot the President in the back of the head at near-point-blank range. While Booth escaped, the mortally wounded President would be taken across the street. He died at 7:22 the following morning.

My daughter was in second grade when she first learned of Lincoln’s assassination. She had a hard time understanding why anyone would want to kill the President. Of course she didn’t understand all of the complexities of the Civil War, but the idea that someone would hate someone else so much that they would murder someone–President or no–was a totally foreign concept that she just couldn’t wrap her head around.

But this confusion eventually turned to curiosity, first about Lincoln, but then about the Presidency in general. Over the next few months, she would become somewhat obsessed with the Presidents, eventually memorizing and being able to recite all of them–and their Vice Presidents–in order. When her grandparents offered to take her on a trip in the summer when she was eight, there was little surprise to any of us when she chose Washington, D.C.

My son had a similar experience, but his interest was piqued by a very different event: the Allied invasion of Normandy on June 6, 1944. Unfortunately, I don’t remember exactly how he first heard about D-Day, his interest in it has led to him asking to go to museums, watching movies like The Longest Day with me, and even playing the board game Memoir ’44. And he also very much wants to visit France.

When done right, this is what history does: it inspires curiosity. It can raise questions that get our kids exploring new topics, reading new books and trying out new games. It can get them interested in visiting places they may never have imagined going to before.

April, as it turns out, is rich in historical anniversaries. April 2 marked 502 years since Ponce de Leon first sighted Florida. April 4 was the day on which, in 1968, Martin Luther King, Jr. was assassinated. On April 6, 1896, the first modern Olympics opened in Athens.

Just within the last few days, we’ve seen the 45th anniversary of the launch of Apollo 13. The explosion that crippled the spacecraft occurred April 12, which was also the 154th anniversary of the bombing of Fort Sumter that began the Civil War, and the 54th of Yuri Gagarin becoming the first human in space. Exactly 20 years later, on April 12, 1981, the space shuttle program began with the first launch of Columbia.

Tomorrow–April 15–is 103 years since the Titanic sank, and on Thursday, April 16, we mark the 70th anniversary of the Trinity Test, the first-ever detonation of an atomic bomb. The Bay of Pigs occurred on April 17, 1961, while the devastating San Francisco earthquake struck on April 18, 1906. April 19, 1775, saw the “shot heard around the world” as American militiamen faced off against British troops in Lexington, starting the American Revolution. George Washington was inaugurated as the first President of the United States on April 30, 1789.

Historical anniversaries are a frequent topic of conversation around our dinner table, and have often led to more questions and then explorations on the computer to get even more information, which in turn have led to library visits to look for age-appropriate books so that the kids can continue learning about the events in even more detail. In other words: talking to my kids about history–the good and the bad–has led to quality, fun family learning time.

Just keep in mind that despite what you might think from the way you were most likely taught history, it really isn’t about dates and dead white men. Those are good jumping off points, but where history is cool–where it leads to these great family discussions–is when you remember that it’s really just about story. And what kid doesn’t like a story … particularly when it turns out that it’s true?

A Google-a-Day Puzzle for Apr. 5