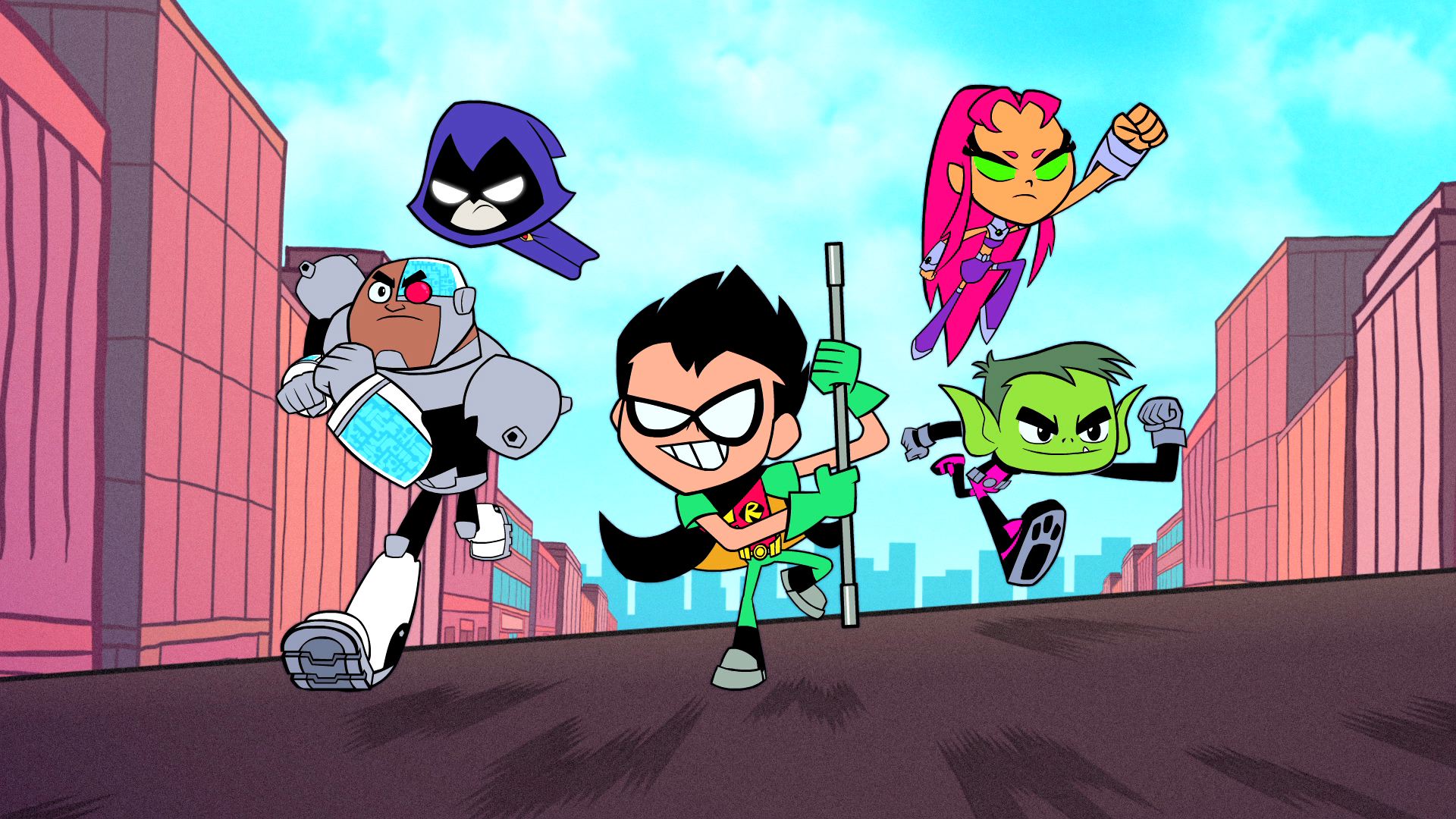 “When there’s trouble you know who to call…” If your Pavlovian answer to that phrase is “Teen Titans!” then you’re in the right place. A staple of afternoon cartoon viewing at my house, Robin, Starfire, Raven, Cyborg, and Beast Boy are back in Teen Titans Go!: Appetite for Disruption Season Two Part One! Don’t let the “Part One” of the title fool you, there are 26 episodes over two DVDs, for over four hours of dysfunctionally zany action.

I feel like Season 2 is where Teen Titans Go! really hit its stride. Favorite characters and villains cropped back up, like Wil Wheaton’s Aqualad in “Pirates” and The Brain in “Brian.” Raven’s demon side got a workout when she killed the team in “Salty Codgers.” And of course we got a big, heaping dose of Robin’s hang-ups in episodes like “Baby Hands” and “Money Grandma.” … and “Nature.” … and “Body Adventure.” Come to think of it, a better tagline for Season 2 might have been “Robin Descends Deeper Into Delusional Superheroics.” Honestly, I don’t think there’s a single episode that I can’t put on and have both kids crowded next to me on the couch in thirty seconds or less. If I had to pick a favorite, it would be “Pirates,” followed closely by “I See You.” Cyborg and Beast Boy’s inept stakeout sequence has me laughing every time I watch it (and I’ve seen that particular scene a lot).

Musically, we get some great stuff, too. Every once in a while, I’ll catch my oldest humming Death’s “Soul Collector” number from “Salty Codgers.” I feel that’s the real appeal of this show: there are so many hooks that, if a joke falls flat, there’s going to be another that comes along that you’ll find hysterical. It’s a show that my family can all watch together, because everyone likes something.

The bonus for this 2 DVD set is pretty awesome too: the New Teen Titans shorts that ran during the DC Nation Shorts block! These are the direct precursor to Teen Titans Go! Slightly more nonsensical than TTG!, it was their popularity that convinced DC to keep the cast together and do a new show.
If you’re a fan of Teen Titans, or have kids who are, you owe it to yourself to grab the set and do a marathon. The DVDs drop today, April 14.
Liked it? Take a second to support GeekDad and GeekMom on Patreon!