What did you want to be when you were 5?

What Is 5 Questions With a 5-Year-Old?

About a year ago, I took my daughter (Zoey) to a performance of the musical Once on This Island that was directed by Alan Muraoka. If you’ve watched Sesame Street at any point since 1998, you know Alan. He’s the proprietor of Hooper’s Store and routinely gets caught up various Muppety shenanigans.

Anyway, I thought it would be cool if Zoey could meet Alan, so I contacted his agent. I honestly expected to receive a polite rejection or just be ignored. Surprisingly, Alan agreed to meet with her and answer a few questions!

About the same time, I had started up a blog about kid-friendly geekiness (inspired, actually, by this here GeekDad site that we all love so much), so I immediately thought that her “interview”–however it might turn out–would make a great post. She had recently turned 5, and it didn’t take long for lightning to strike: 5 Questions with a 5-Year-Old.

That first interview was a fantastic experience, despite some technical “issues” on my end. Alan was incredibly nice, made Zoey feel completely at ease (even though they attracted a sizable crowd of onlookers … including several jealous kids), and more or less helped create the budding journalist she’s become.

Almost immediately, she was hooked and asked to do more interviews. I’m not entirely sure what the attraction was at first (something totally new, perhaps), but she really wanted to talk to people who did and made things she loved.

Her second interview was a coup. The amazing people at Awesome Con DC helped set her up to chat with Rob Paulsen and Maurice LaMarche. Zoey had recently started watching Animaniacs, and she of course adored Pinky and The Brain.

The rest, as they say, is history. There was no stopping her.

At first, I thought it would just be a cool project to do together. Maybe we could do a few interviews and she could meet some interesting people. I never seriously thought it would be much more than that.

But here it is, a year and 29 interviews(!) later, and there’s still no stopping her! All of the interviewees were involved in something she very much enjoys: many are comic book creators and authors, and others have jobs she finds fascinating.

Most people don’t believe me when I say it, but I need to emphasize: She came up with all of the questions. I prompt her in the videos since she often can’t remember them all (and sometimes she did several interviews on the same day), but all of the questions are hers.

Why am I telling you this?

I can’t deny that this project was the pinnacle of our daddy-daughter time over the past year. It’s something we’ll both look back on for years to come: me with nostalgia and her with growing appreciation. But this wasn’t a purely selfish pursuit.

It’s impossible to overstate how much Zoey developed and learned about herself during this project. I’m probably the only person (except for her mom and grandmother) who’s actually watched all of the videos all the way through, but if you do, you can see how her self-confidence grows and begins to shine through.

She has moments of shyness through every interview (“because they’re strangers,” she explains), but the growth she demonstrates from interview 1 to interview 29 is truly remarkable. A huge factor in that growth is that, with rare exception, nearly everyone treated her with respect. No one talked down to her, dismissed her out of hand, or “dumbed down” their answers because she was only 5 years old. For that, I’m forever grateful to each and every one of the people who was kind enough to take time and chat with her.

I learned a few things, too. I learned how connected kids can get to something once they have a personal stake in it. Zoey was already into comics and graphic novels, but once she met someone who actually wrote and/or drew a book she liked, it became much more “real.” Instead of just reading a story, she was able to equate the book to an actual person. Everything was suddenly very personal.

For example, about a week after her interview with Judith Viorst, Zoey’s cat passed away. She was 16 years old and lived a long, full, healthy life. I’d had her since she was a kitten.

Kili’s passing hit us all pretty hard, but it hit Zoey especially hard. She felt some consolation by helping me bury Kili beneath a tree in our backyard. And she felt a little better when she held her self-proclaimed “remembering ceremony” and ate Popsicles around the grave.

However, it wasn’t until I read her Judith Viorst’s The Tenth Good Thing About Barney at bedtime that she truly started to feel better. She was astounded at the parallels between that story and what just happened to her in real life. Halfway through the book, she stopped me to ask, “Did you tell Judith Viorst about Kili? Because this book is just like us!”

What can you do?

I also learned how important it is for kids, even kids as young as 5, to have something they call their own. I’m not talking about material things such as toys. I’m talking about something more conceptual–a project, hobby, or creation. The sense of ownership and control they develop is invaluable, and it naturally leads to feelings of empowerment, independence, and self-worth.

Here at GeekDad, we talk a lot about the Maker movement and getting your kids involved in DIY projects of various stripes. I am fully on board with all of these pursuits, as many of them serve the same end I describe here.

However, I honestly think the only limit to such projects is our imagination. Admittedly, our 5 Questions with a 5-Year-Old project is perhaps an extreme example since it required a lot of planning and work (for both of us), but its importance to Zoey cannot be overstated.

This was an experience that couldn’t be bought. It didn’t come prepackaged in a box or book, and it certainly didn’t come from a screen. It wasn’t a one-size-fits-all project; it could only have come from Zoey’s mind. It was her project that spoke to her. It included her interests, her questions, and her ideas. And it will stay with her forever.

The best part? There’s an adventure out there for every kid. They just need to freedom to dream up and run with projects of their own. Think outside the proverbial box. Identify whatever it is your kids love, and foster it. Nurture that interest until it becomes a passion.

After all, passionate people are the ones who change the world.

If your kids are already involved in a creative pursuit or project (short- or long-term), please leave a comment and let me know what it is. Let’s share our ideas to help spark others’ imaginations.

Where to from here?

Zoey recently turned 6, so we obviously can’t continue with 5 Questions with a 5-Year-Old. But she doesn’t want to stop, and we always had a very loose definition of “5 questions” anyway. So I’m pleased to announce that Zoey will continue the adventure with Questions From a Kid!

Thanks for sharing the journey! 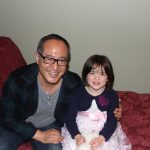 1. Alan Muraoka : Proprietor of Hooper’s Store on Sesame Street and has played the role of Alan since 1998. 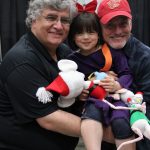 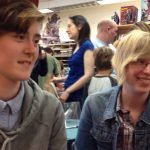 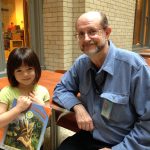 5. Michael Brett-Surman : Museum Specialist for Dinosaurs and other Fossil Reptiles at the Smithsonian Institution’s National Museum of Natural History. 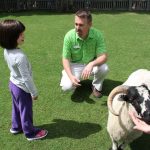 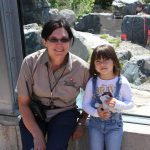 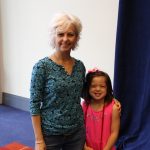 8. Kate DiCamillo : 2014-15 National Ambassador for Young People’s Literature, two-time Newbery Medal winner, and author of The Tale of Despereaux, Flora & Ulysses: The Illuminated Adventures, Because of Winn-Dixie, and many others. 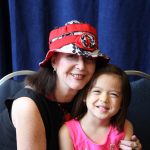 9. Judith Viorst : Legendary children’s author who wrote–among many many other books–Alexander and the Terrible, Horrible, No Good, Very Bad Day. 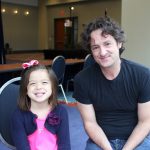 10. Jeff Smith : Writer/artist/creator of the Bone graphic novels, in addition to Rasl, Tuki, and others. 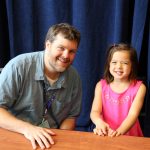 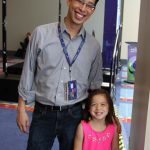 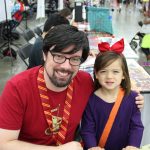 13. David Petersen : Writer and artist of the Mouse Guard series of graphic novels. 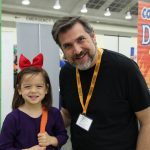 14. Frank Cammuso : Writer and artist of books such as the Salem Hyde, Otto, and Knights of the Lunch Table series of graphic novels. 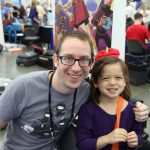 15. Mike Maihack : Writer and artist of the Cleopatra in Space graphic novels. 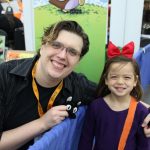 16. Andy Runton : Creator of and artist on the Owly books. 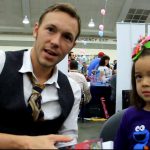 17. Ben Hatke : Artist, author, and creator of the Zita the Spacegirl graphic novels. 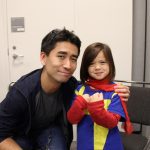 18. Kazu Kibuishi : Artist, author, and creator of the Amulet series of graphic novels. 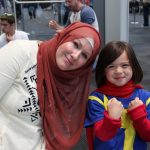 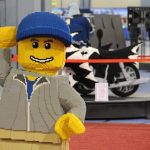 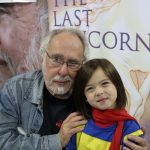 21. Peter Beagle : Author of the classic (and iconic) novel The Last Unicorn. 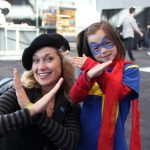 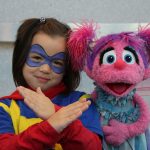 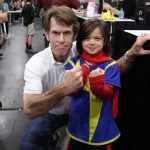 24. Kevin Conroy : Voice actor best known as the voice of Batman on Batman: The Animated Series. 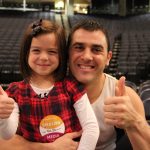 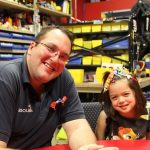 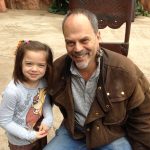 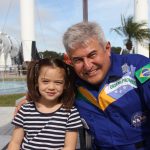 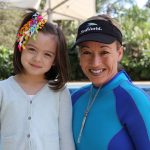