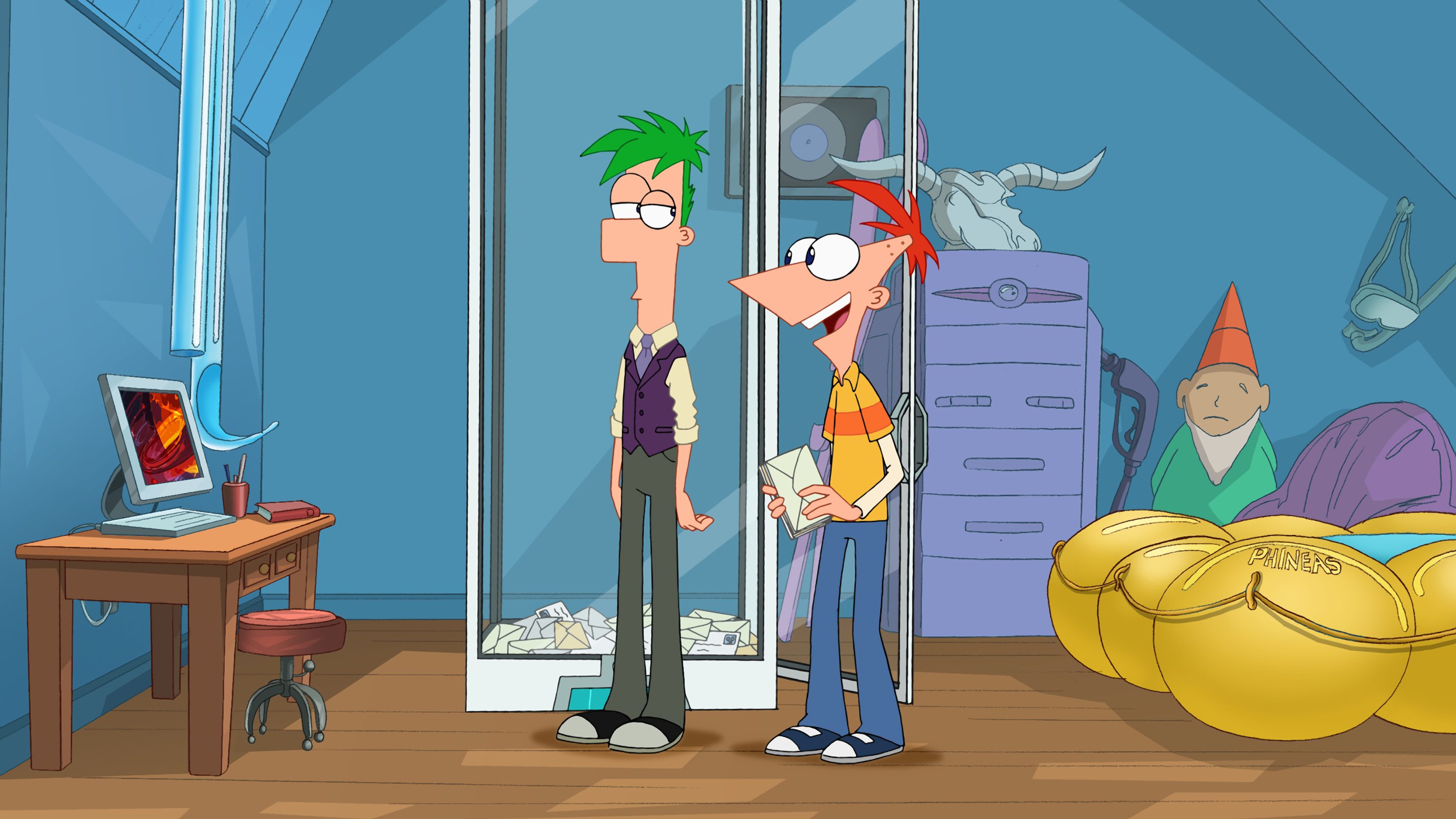 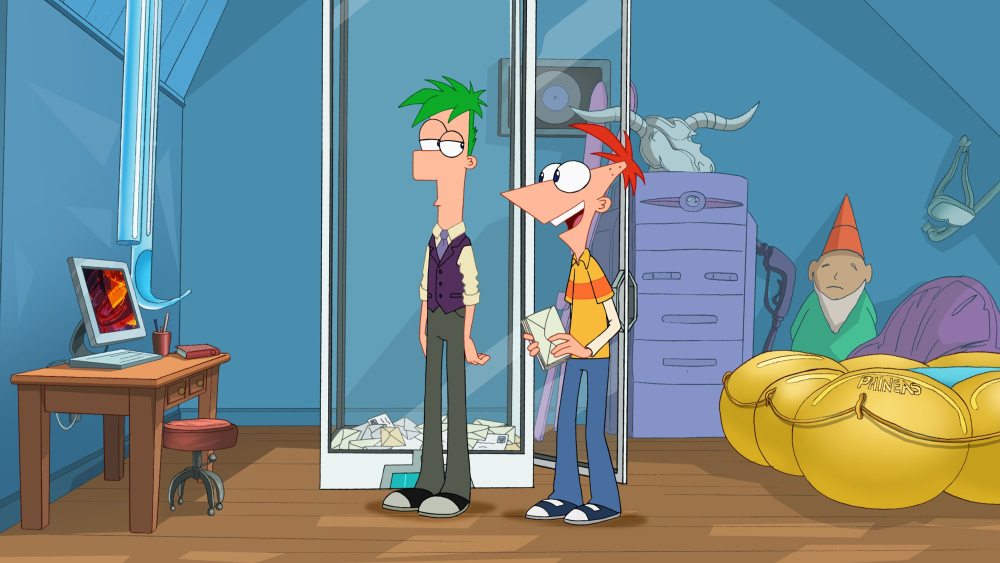 The makers of Phineas and Ferb have always been good about treating their audience like intelligent people, which has made it a show that’s nearly as much fun for grownups to watch as it is for kids. There is one thing that grownups like to see in the shows they watch, that kids in general don’t: character development. Kids’ shows – even the good ones – tend to be pretty repetitive, with some ongoing plots here and there, but by and large with characters that can be counted on to be doing very similar things no matter which episode you tune in to. So if you’re a long-term fan of “Phineas and Ferb,” like me, you may have wondered where the show’s essential plots might go if they were allowed to continue for years.

If you did, you were certainly not alone. In fact, an amateur artist named Ashley Simpson was among those who wondered and, two years ago at Comic-Con, she presented Dan and Swampy with her rendition of a teenage Phineas and Ferb. When, recently, they began to work on an episode which would take place ten years in the show’s future, Dan and Swampy remembered her artwork, and called her up to ask her to work with their team on the episode. (In fact, Simpson was in such disbelief that Dan and Swampy were actually calling her that Dan had to tweet at her to convince her she wasn’t being pranked.) 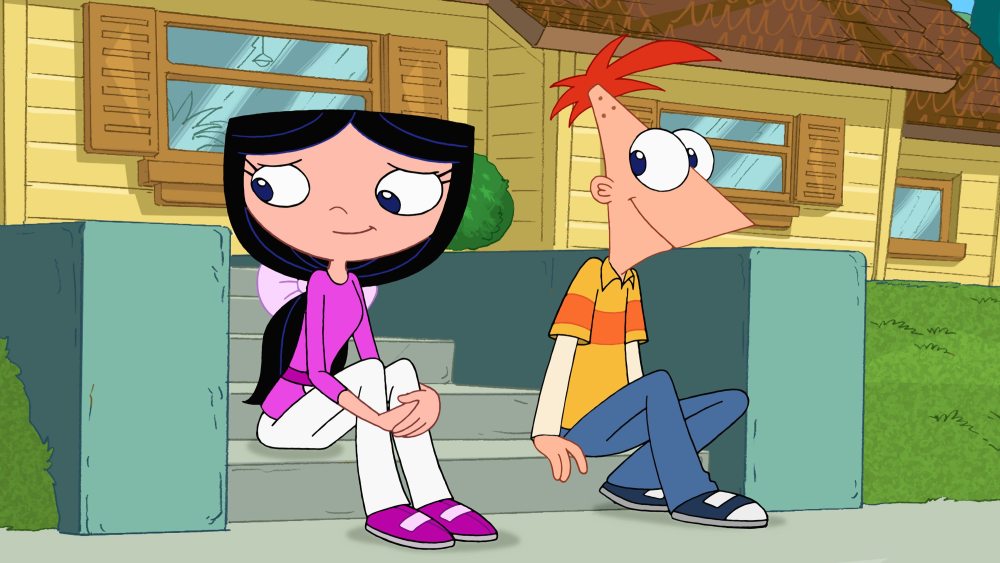 And so was produced tonight’s new episode, titled “Act Your Age,” airing at 8:30pm ET/PT on Disney XD. I don’t want to spoil any of the episode, but I will say that you will find out the answers to a lot of questions – many of which you probably never thought to ask in the first place. The songs are among the best the show has ever had, and include possibly the first (and definitely the best) ballad ever written to include a reference to food poisoning. The bits with Perry and Dr. Doofenshmirtz are priceless. And the show includes great book-ending short sequences of Dan and Swampy talking to the camera. You’ll want to DVR this one.

See a clip from the episode below, in which the teenage Phineas and Isabella discuss what happened, and didn’t, between them in the intervening years. Below that, watch a short, fun featurette about the making of the episode. 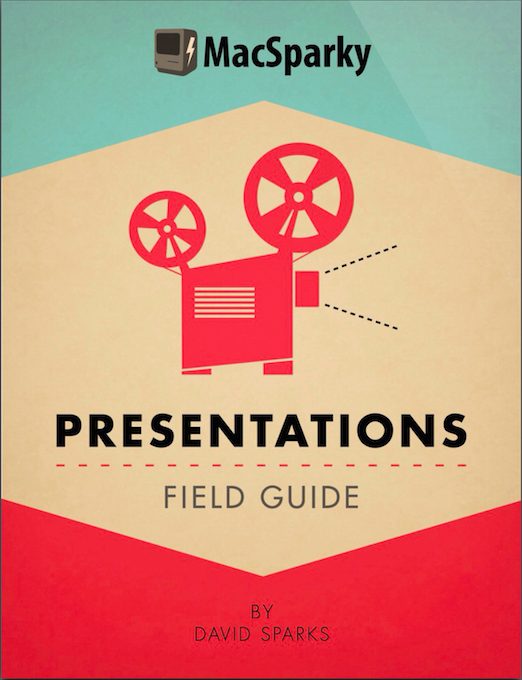 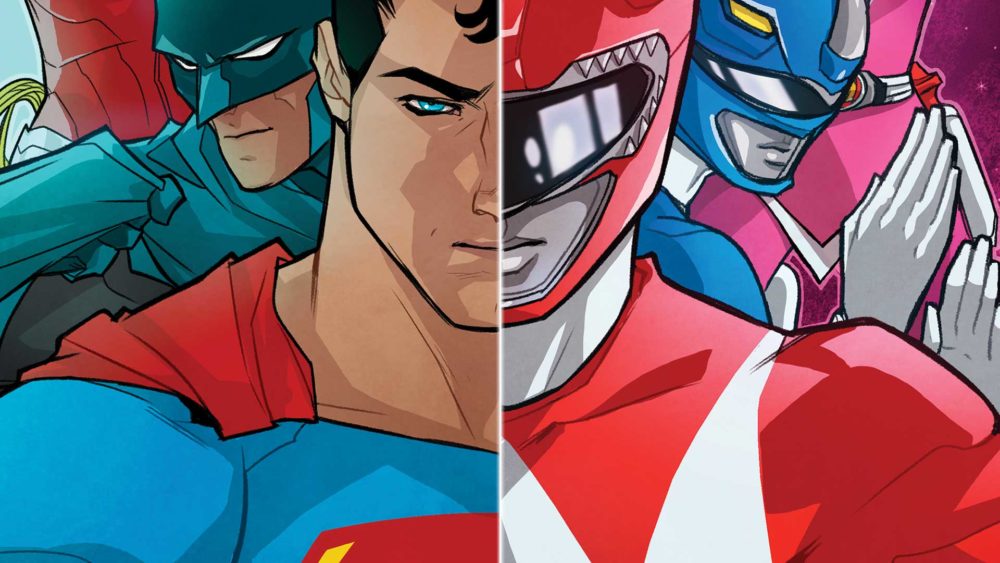 8 thoughts on “Tonight: ‘Phineas and Ferb’ Gives Us a Peek at the Kids’ Teen Years”