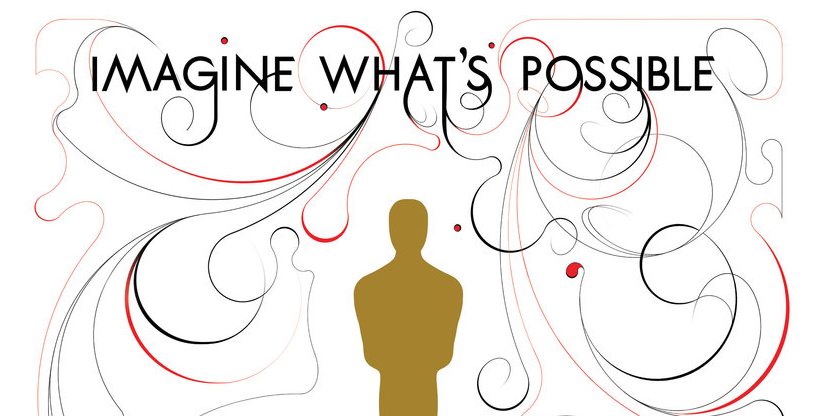 It’s that time again. Time for Hollywood to get dressed up and pat each other on the back for a job well done. Fortunately, this weekend’s Oscars Ceremony marks the end of the awards season. The 87th annual Academy Awards will undoubtedly infuriate some and excite others all while showcasing the “best” movies of 2014. In what is a crowded year with some exceedingly noteworthy films I will take a look from a GeekDad’s perspective at the nominees and submit to you, dear reader, my picks for the golden statue in a few key categories. I’m no professional movie critic, but I was an assistant manager at a Blockbuster in college, so I’m basically an expert. Let’s dive in.

Hollywood loves to be self-referential, and what’s a better story than a has-been actor struggling for relevance yet again? I’m not being cynical. Birdman is a fantastic story, and compared to the dark and gritty Nightcrawler and the subdued Boyhood, Oscar voters will undoubtedly pick familiar territory in what could be a consolation prize for Best Picture. The upset in this race could come from the always quirky Wes Anderson and his lyrically buoyant comedy The Grand Budapest Hotel.

Nominees:
American Sniper
The Imitation Game
Inherent Vice
The Theory of Everything
Whiplash

Executives behind Indie favorite Whiplash will undoubtedly feel pain in the morning when they wake up realizing their film lost to Inherent Vice. The screenplay adapted by Hollywood darling Paul Thomas Anderson for Thomas Pynchon’s novel is spot-on weird and wonderful. Debuting with a trailer that leaves the viewer wondering, “What is this movie about?,” Inherent Vice is just artsy enough to take the win from other arguably more-deserving candidates The Theory of Everything and The Imitation Game.

Nominees:
Captain America: The Winter Soldier
Dawn of the Planet of the Apes
Guardians of the Galaxy
Interstellar
X-men: Days of Future Past

If there was ever a category most suited for GeekDads, it’s this one. With a list of nominees that reads like a who’s who in geek culture, when looking solely at visual effects, the choice is clear: Interstellar. Beyond the stunning scope of interplanetary effects, Interstellar went so far with their visual effects that they actually advanced the science of black hole simulation technology along the way. Many films can brag that they left a mark on the viewer, but few can brag that they left an indelible impact on science.

Nominees:
“Everything Is Awesome” – The Lego Movie
“Glory” – Selma
“Grateful” – Beyond the Lights
“I’m Not Gonna Miss You” – Glen Campbell…I’ll Be Me
“Lost Stars” – Begin Again

As a geek it is very tempting to award best original song to The Lego Movie‘s “Everything Is Awesome,” especially after not seeing the film nominated for Best Animated Feature. An honest look at the song, however, reveals a fluff piece to aid in the consumption of popcorn. Here, the real winner is “Glory” by crooner John Legend and rapper Common that provides the perfect soundtrack for struggle. Haunting and triumphant, this song is relevant from Selma’s past to Ferguson’s present. The Golden Globe winner in the same category, this may sadly represent the only win for Selma in an awards show that is glaringly devoid of color.

Movie-making requires directors devote incredible amounts of time to their cinematic projects. However, Richard Linklater went above and beyond the call of duty for his film Boyhood. The brilliantly subtle film was shot over the course of twelve years and speaks to the devotion of a director who treats his films like his children. Ambitious and beautiful, Linklater’s Boyhood may just be the closest thing we see to a director baring his soul for all to see.

Unbroken may have a larger scope of cinematic scale, and The Grand Budapest Hotel may boast stunning visuals featuring clean lines, bright colors, and visual balance, the undoubted winner here is Birdman. The movie is shot so as to appear to be a single, uncut take (much to the dismay of the backs of the film’s steadicam operators), and does so with stunning precision. Inventive and refreshing, Birdman‘s cinematography did something that I don’t normally do during my movie watching: take note.

Nominees:
Big Hero 6
The Boxtrolls
How to Train Your Dragon 2
Song of the Sea
The Tale of The Princess Kaguya

Though my fellow GeekDad writer may be rooting for Song of the Sea, Big Hero 6 is the year’s big winner. The stop-motion The Boxtrolls may have been a greater technical accomplishment, but Big Hero 6 had it all: love, loss, humor, and adventure. Barring a dark horse win, Big Hero 6 will prove it was not only an audience favorite, but an Academy favorite as well.

This category is arguably the toughest category in which to pick a winner. Despite the top names nominated in this category, there really isn’t one that stood out as a clear champion. Undoubtedly Streep’s performance in Into the Woods helped strengthen the film. She’s already a three-time Oscar winner and the Academy will surely be looking to spread the wealth. The next logical choice would have to be Golden Globe winner Patricia Arquette. The film may be titled Boyhood, but the film could equally be titled Motherhood for it was her character and delicate performance that was the glue binding the story together.

Let’s be honest here, there’s really only two people competing in this category: Simmons and Norton. Michael Keaton was the star of Birdman, but the scene-stealer was definitely Edward Norton. Whiplash is undoubtedly a good film, but I don’t think any of us would have ever heard of it before stumbling upon it on Netflix one day if not for the amazing talent of J.K. Simmons. Working for scale, Simmons was the perfect casting choice to carry the low budget Whiplash. A longtime character actor finally getting the appreciation he so deserves is a safe bet for an Oscar win.

There’s really no contest here. Five-time Oscar nominee Moore will win for her brilliant performance of a professor coming to terms with early-onset Alzheimer’s disease in the movie Still Alice. A skilled actress, who has already won a Golden Globe for her portrayal, will undoubtedly finally be recognized by the Academy voters for her heartbreaking role.

Winner: Eddie Redmayne – The Theory of Everything

I’m not picking Redmayne solely because his portrayal is of legendary scientist and geek icon Steven Hawking, well, maybe (just kidding). The field is extremely strong in this category. Steve Carell was nearly unrecognizable from his normally comedic self, and Bradley Cooper gained pounds of muscle and emotion with his role in Sniper, but Redmayne’s performance displayed such a transformation that none of the other actors can compete. Sure, Keaton has been around a long time and gave us a great performance, but is a vote for him a vote for wonderful acting in Birdman, or just an acknowledgement of a fantastic career? By analyzing each actor for the specific role, the choice is clear: The Theory of Everything and Redmayne FTW!

Best Motion Picture of the Year

It was a great year for movies. The ever-expanding pool of best picture nominees offers some wonderful films, many of which are shifts away from Hollywood’s status quo of the past. For example, most of the nominated films were not considered commercially successful, and American Sniper earned more money than all of the other nominees combined. However, there can only be one winner. In this instance, the “Dad” side of me outweighs the “Geek” side of me, and is representative of my choice for this year’s best picture winner. Despite a late campaign and swell of support by Birdman for an Oscar, the real gem of the past year was an ambitious look at the intricate snapshots of childhood that shape the person we become. In Linklater’s Boyhood, we are reminded of the innocence of children, the burden of adulthood, the love of parenthood, and the struggle to not miss out while time whirls past us all. 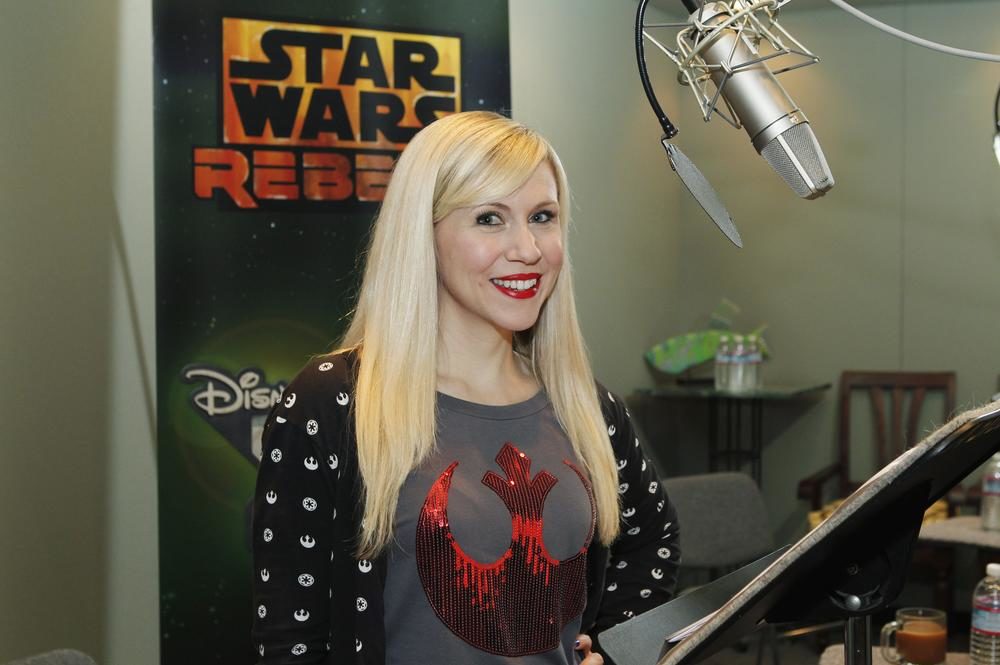 Review – ‘Fangirls: A Coloring Book for Girls That Like Stuff’ From Her Universe