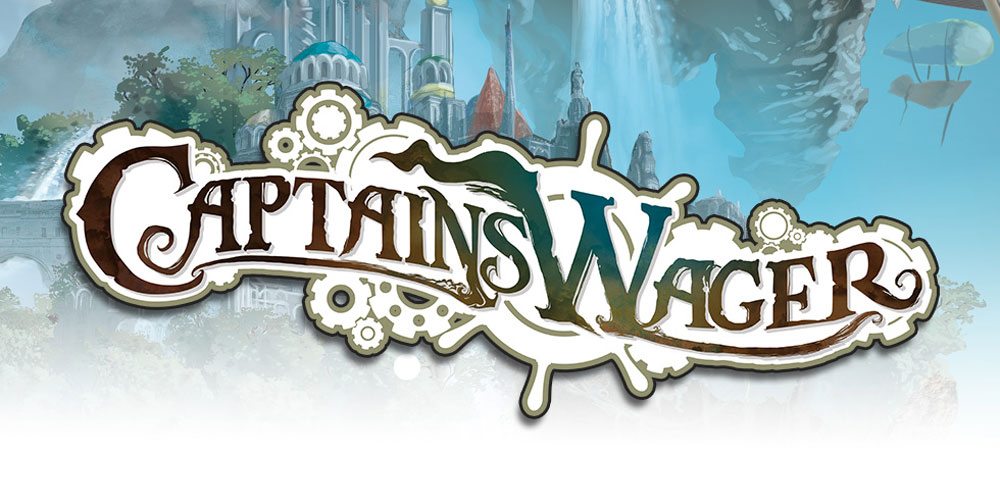 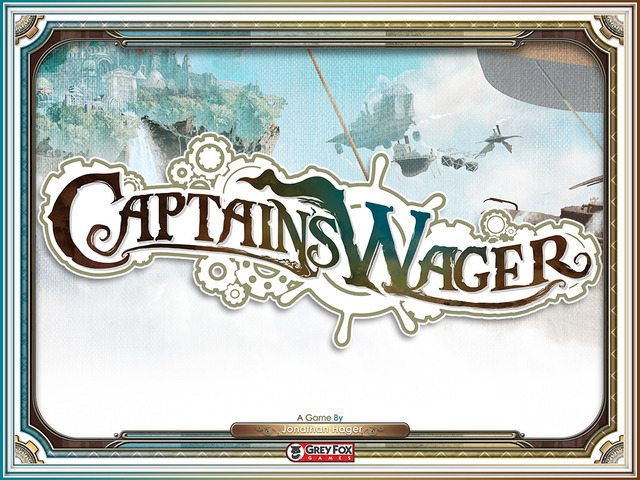 Two words: Steampunk pirates. Airship captains are all after the same treasure—so they bet their own gold to see who has the best crew for the job. Know when to hold ’em, know when to fold ’em. What will be your Captain’s Wager?

At a glance: Captain’s Wager is a bluffing/betting game for 2 to 5 players, ages 12 and up, and takes about 30 minutes to play. It’s on Kickstarter now, and the basic pledge level for a copy of the game is $18; an extra $10 gets you the Maelstrom expansion, and another $12 on top of that adds a play mat.

The list of components is subject to change, since there are things that could be added through stretch goals. There’s also a Thrifty Engineer and Scrap Metal set that’s a Kickstarter exclusive, but won’t be in regular retail editions later. Also, there are higher pledge levels that add other components like the Maelstrom expansion and a play mat.

I can’t really comment on the final card quality since I played a prototype version. However, the artwork by Andre Garcia is excellent, and I really like the overall design and look of the game.

The rules are available for download here, or you can watch the How to Play video. Note: the video shows the current ruleset, and the PDF is an older ruleset that will be an alternate version for “seasoned captains.” I’ll explain the variant rules briefly at the end.

The goal of the game is to get the most treasure (of course!) by the end of the game.

Each player starts with a deck of 15 Treasure cards, which are shuffled and placed face down. The Encounter cards, the gold coins, and loan tokens are placed near the center of the table. Some Crew cards need to be removed and set out of the game if there are fewer than 5 players. The rest are shuffled, and each player is dealt 4 Crew cards. Pick a random player to take the Starting Captain card.

The game is played in a series of Adventures, each of which consists of three Encounters. Treasure is awarded at the end of each Adventure. The game ends if at least one player has an empty Treasure deck at the end of an Adventure.

At the start of the Adventure, all players ante one Treasure into the pot. (Treasure cards are always played face-down into the pot, and are turned over later when claimed, forming a Claimed Treasure Stack.) Then, starting with the Starting Captain, each player takes a turn. On your turn, you must decide whether to Bet, Borrow, or Steal. If you Bet or Borrow, you’re staying on the Adventure and will play a Crew card from your hand. If you Steal, you’re out of the current Adventure, not just the current Encounter. However, for your troubles, you get to steal some gold and an item—you are a pirate, after all.

Bet: Add a Treasure card to the pot, and play a Crew Card from your hand, applying its effects.

Borrow: Take a loan token, and play a Crew card. (Loan tokens are -2 points at the end of the game.)

After all three Encounters have been resolved, it’s time to divvy up the pot! If anyone won at least two Encounter cards, that player takes the whole pot. Otherwise, the pot is shuffled and dealt out to all the players who won an Encounter card, in the order that they won. So if you won the first Encounter, you might get one more treasure card than captains who won later.

You may pick one of the cards you won to put in your hand as an item, and the rest are placed face-up in your Claimed Treasure Stack.

If anyone is out of Treasure cards in their deck at this point, the game ends. Otherwise, take all of the Crew cards (used and unused) and reshuffle them. Pass the Starting Captain card clockwise, return the Encounter cards, and start a new round.

When the game ends, the player with the most treasure wins. (Remember that Loan tokens are -2 points each.) Unused Treasure cards are worth 1 gold each, as are gold coin tokens. Items in your hand are not worth anything unless their special ability indicates otherwise. In the case of a tie, the player who took the highest number of most valuable treasures wins.

The rules in the video are designed to be a little simpler to learn, but there are some advanced rules that add a little more of a poker betting element to it.

On your turn, first choose whether or not to bet by adding 1 Treasure to the pot. If you bet, then every other player (in turn order) must either match your bet or fold. As above, a player who folds gets to steal a little gold and gain an item. Then, whether you bet or not, you must play a Crew card, applying its effects.

So in this version, you can bet to force other players to either increase the pot or fold. But you also can’t fold except if another player bets. If everyone just plays a Crew card without betting, nobody gets to fold—but the pot stays small.

In the interest of full disclosure, I’ve known designer Jonathan Hager for a couple of years now, and in that time I’ve gotten to play several iterations of his game before it was picked up by Grey Fox Games and given a steampunk pirate theme. (Originally it was more of a standard fantasy theme: elves, dwarves, kobolds, etc.) That’s also how I know the game was tested over a long period of time and tweaked based on playtesting.

Captain’s Wager is a game that, like poker, is mostly about the betting—it’s about how well you can read the other players. Sure, getting a good hand dealt to you is helpful, but you don’t always win just by having the best crew. You need to be able to win some loot with that crew. On the flip side, knowing when to fold (or steal) is just as important, particularly in this game when folding can get you some extra loot.

I have found that there’s a bit of a conceptual leap you have to make when you first play the game, because of the way the treasure is won. Most people are used to a game where the winner takes the pot each hand, but in this case, you only award the pot after three Encounters—and it may get divvied up or one player may take it all. So that feels a little different. The other thing is that if you play by the older (more advanced) rules, the game doesn’t consist of continuous betting until everyone’s called or folded—it’s just one round of play, but each player may choose to raise the bet, requiring a response from the other players.

So on the first play, things can be a little confusing. The game will also be over fairly quickly if everyone keeps betting and nobody folds, since the game ends when a player runs out of Treasure cards. New players tend not to fold because it feels like losing, but in fact there are good reasons to fold if you don’t have a strong hand: you get some gold and an item, and you don’t add gold from your pile to the pot you weren’t going to win anyway. Once you’ve seen how it plays out, you start to understand the importance of strategic folding.

The items and crew abilities are really well-designed. Some items let you increase the power of your Crew card, or flip over your top Treasure card and add its value to your Crew. There are Crew cards that can be combined with other cards, let you steal Treasure from the pot, and more. The more you become familiar with the range of abilities, the better you’ll be able to figure out what your opponents may be up to—but only if you can spot a bluff.

I’ve played with both sets of rules. The basic rules are definitely easier to teach the first time, and when everyone is getting used to what the cards do and what numbers are available, I think it’s wise to start with that ruleset. However, the alternate rules do add some strategic depth and even more ways to bluff, so fans of poker may want to move to these rules as soon as all the players know the types of cards in the deck.

At $18, Captain’s Wager is a steal. I haven’t seen the Maelstrom variant so I can’t really comment on what it adds to the game, but I definitely think the base game is worth the price. The Kickstarter campaign is already funded (and hitting stretch goals), so at this point it’s pretty much guaranteed that the game will be produced. For more information, check out the Captain’s Wager Kickstarter page here. 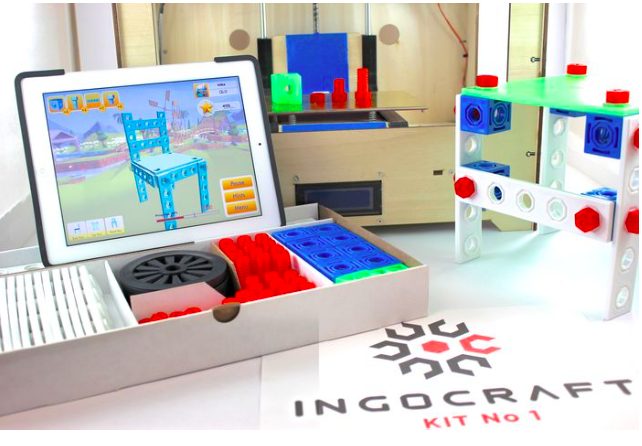 Kerfuffle! Is the Best Kind of Disturbance