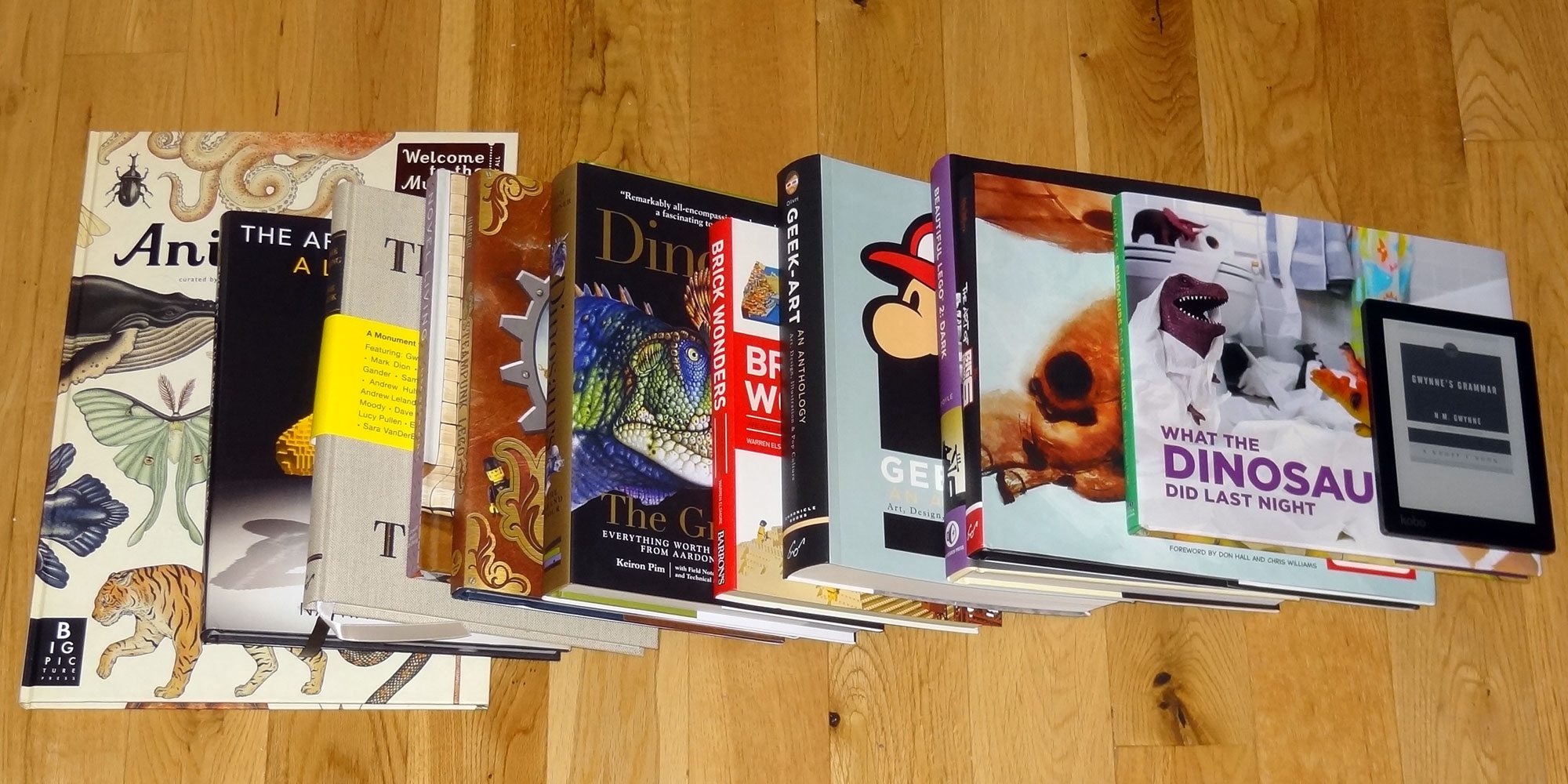 I like big books and I cannot lie. You might like your little digital book device that holds an entire library in your pocket, but there are some things that just aren’t meant to be shrunk down to that size. Here are some great examples of books that are just better in full size—all of them are bigger than your iPad’s screen. Sometimes, more is more.

(Photos with my kobo for size comparison)

The Art of Big Hero 6

You know how much I love “Art of” books, and they’re a prime example of something that shouldn’t be shrunk down to the size of your palm. The Art of Big Hero 6 takes you on a tour through the inspirations for San Fransokyo, the creation of the colorful characters, and even a peek at the cinematography and new Hyperion Renderer used for the film. One interesting note is that it doesn’t give spoilers about the villain, though some other plot points are revealed.

What the Dinosaurs Did Last Night

You may have heard of Dinovember, a crazy month-long romp with plastic dinosaurs, created by Refe and Susan Tuma as a way to entertain (or terrify?) their kids. Now you and your kids can delight in the dinosaurs’ antics with this book of some of the funniest photos (with captions, of course).

This collection of astounding LEGO creations by builders from all over the world is big, with over 300 pages of glossy photos. The “Dark” theme includes creepy crawlies, mechas, disasters, aliens, and much more. Although there are a few references that aren’t entirely family-friendly, my kids have enjoyed this one as much as I have.

This volume, curated by Thomas Olivri, is wide-ranging in its geekery. Art inspired by videogames, comic books, movies, ’80s cartoons, propaganda posters… You’ll see pixel art, photorealistic paintings, minimalist posters, detailed costumes. Most of the art is available online, but I was only familiar with a fraction of it—Olivri’s book puts a huge collection in one place, with a brief bio of each artist and URLs for finding more. Geek-Art weighs in at over 400 pages. (Note to parents: there’s a bit more in here that’s not appropriate for kids, so preview before you set it out for them.)

This book features “ancient, modern, and natural wonders” in brick form. From the Great Wall of China to an iPad, there are huge models and tiny models, and even instructions on how to build some of the smaller structures. The book even includes two pull-out posters. Let’s see you do that with your Kindle.

If you’ve got a kid who’s wild about dinosaurs, this is the book you need to get. (Well, along with What the Dinosaurs Did Last Night, of course.) It’s a huge encyclopedia of dinosaurs (“from Aardonyx to Zuniceratops”), but the format is kid-friendly, with an at-a-glance sidebar showing the dinosaur’s era, how many million years ago it lived, what it ate, its size, and where the fossils were found. As a bonus, there are field notes by Jack Horner, the paleontologist who served as technical advisor on Jurassic Park. (Although, ironically, mostly it’s things like: “ignore what you know about this dinosaur from Jurassic Park.” RAWR! Velociraptor!)

Hey, what can I say? We like LEGO. And steampunk. From monowheels to airships to a steam-powered AT-AT, this book is chock-full of gears and pipes. Many (but not all) of the photos are appropriately sepia-toned. The LEGO creations in Steampunk LEGO are also from builders from all over the world. 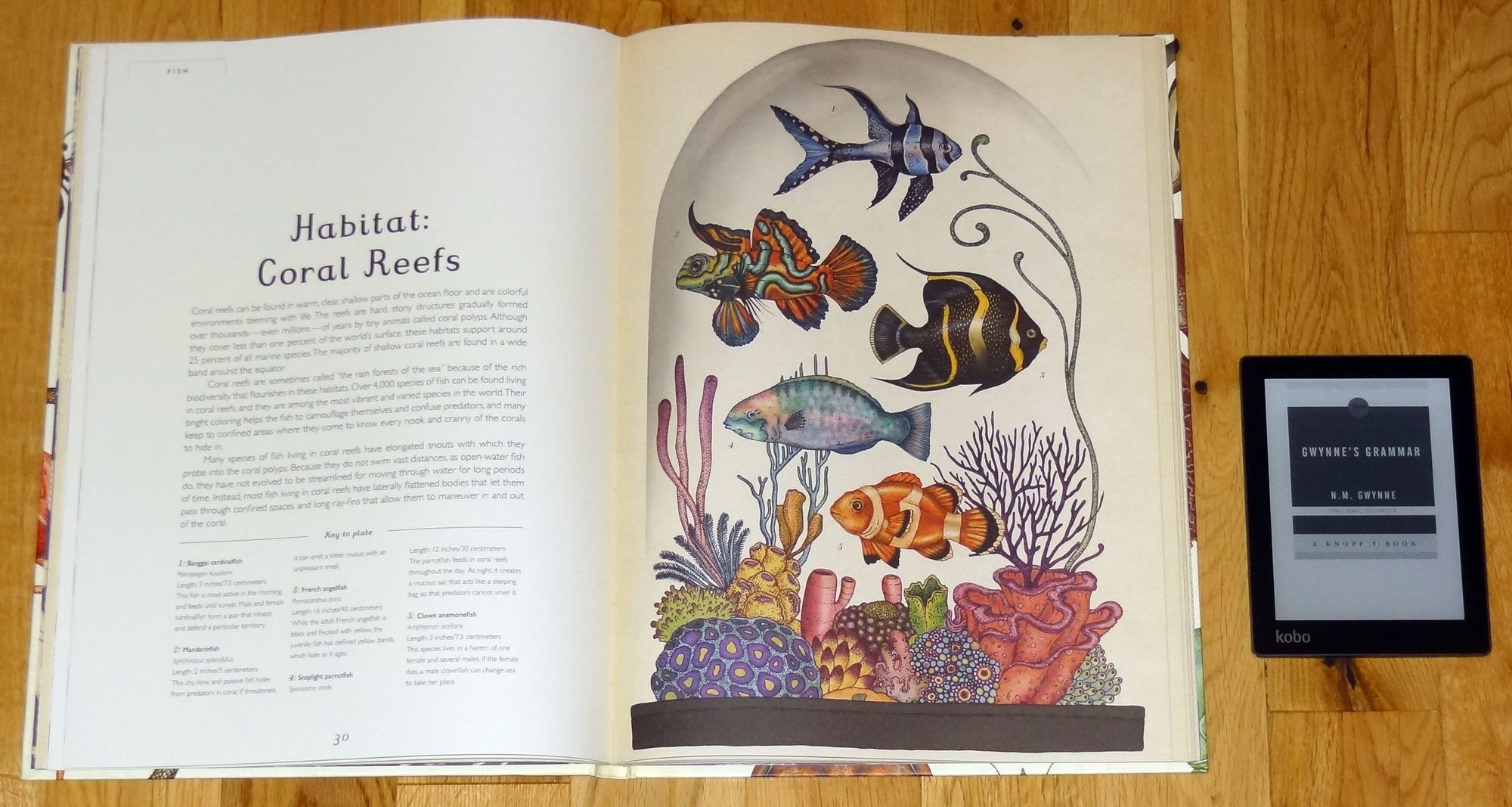 This isn’t a book. It’s a natural history museum that’s always open. Although it contains a limited number of species, it does guide you through many branches of the tree of life, with beautiful illustrations by Katie Scott. The illustrations look like something from long ago—and the book itself seems like an artifact from another age. This book isn’t too thick, but it’s enormous, 15 inches high and nearly a foot wide: perfect for an afternoon of sprawling out on the living room floor with your kids.

The Thing The Book

This curious object isn’t a traditional book—it’s an ode to the book, in book form. Curated by Jonn Herschend and Will Rogan, The Thing The Book is part of THE THING Quarterly, an experimental periodical that is a different physical object each time. This time it happens to be a lovely bound book, filled with contents lovingly created by more than thirty participants to answer the question: “What exactly is a book?” It’s a perfect example of a book that can’t be anything but a physical object.

The Art of the Brick: A Life in LEGO

Ok, last LEGO book in this list, I promise. There are a lot of LEGO artists around the world, but Nathan Sawaya is certainly one of the most well-known. My kids and I saw one of his art exhibits when it came to OMSI here in Portland. This book digs into the how and why of many of Sawaya’s famous creations. He shares the stories behind them, along with concept sketches and photos of the builds. If you’ve seen The Art of the Brick exhibit, this is like the behind-the-scenes tour, from the artist himself.

So, now that you’re convinced that you need a few of these physical books, you might want a guide to using them. Novel Living does give some tips on decorating and crafting with books (it’s by the same author as The Repurposed Library), but it also has useful tips about repairing books, making slipcovers, and creating and curating your library. I suppose I could use the section on—gulp!—thinning out my collection. 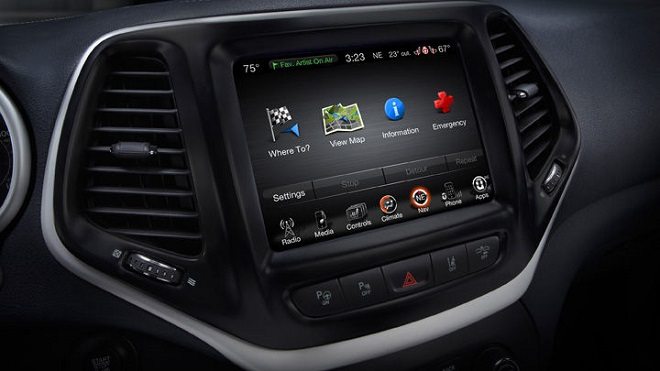