Last month our very own Jonathan Liu (the Great and Powerful) provided the GeekDad audience with a sneak peak at UpWorks, a new modular building system for tabletop RPGs that lets players and DMs create spectacular castle and tower environments. I’m happy to report that this revolutionary building system is now seeking funding via Kickstarter.

Regular readers know that, while we’re big supporters of crowd-funding, we also try to be fairly discriminating with regard to the campaigns we publicize and support. That said, UpWorks has a number of things going for it right out of the gate.

First and foremost, its creator, Jeff Martin, was the longtime president of Dwarven Forge, and managed two of DF’s highly successful Kickstarter campaigns. Secondly, UpWorks does offer some compatibility with the Dwarven Forge Game Tile system. Lastly, and most importantly, UpWorks allows for vertical terrain builds.

Imagine creating a multi-level castle environment for your weekly D&D session by assembling and stacking each individual floor for a dazzling reveal as our adventurers first arrive at this imposing new structure. Now, imagine removing each of these stackable floors and presenting them one by one as the party slowly makes its way to the Big Bad that surely resides in the uppermost chamber.

Now, stop imagining, because this is exactly the kind of flexible, modular solution that UpWorks promises.

The base buy-in amount for the lower level Manor Set is $90, with two more distinct pledge levels for the higher Grand Tower and Fortress Sets, not to mention the massive Castle Set at the $590 level. While none of that is exactly chump change, UpWorks will be offering special stretch goals tailored for each funding tier, which promises to add even more bang for your buck.

In short, if you’re serious about tabletop roleplaying games, definitely give UpWorks a look and take your builds (and this campaign) to the next level. 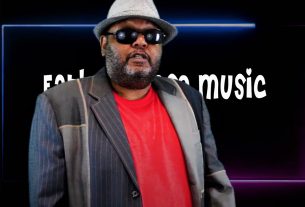