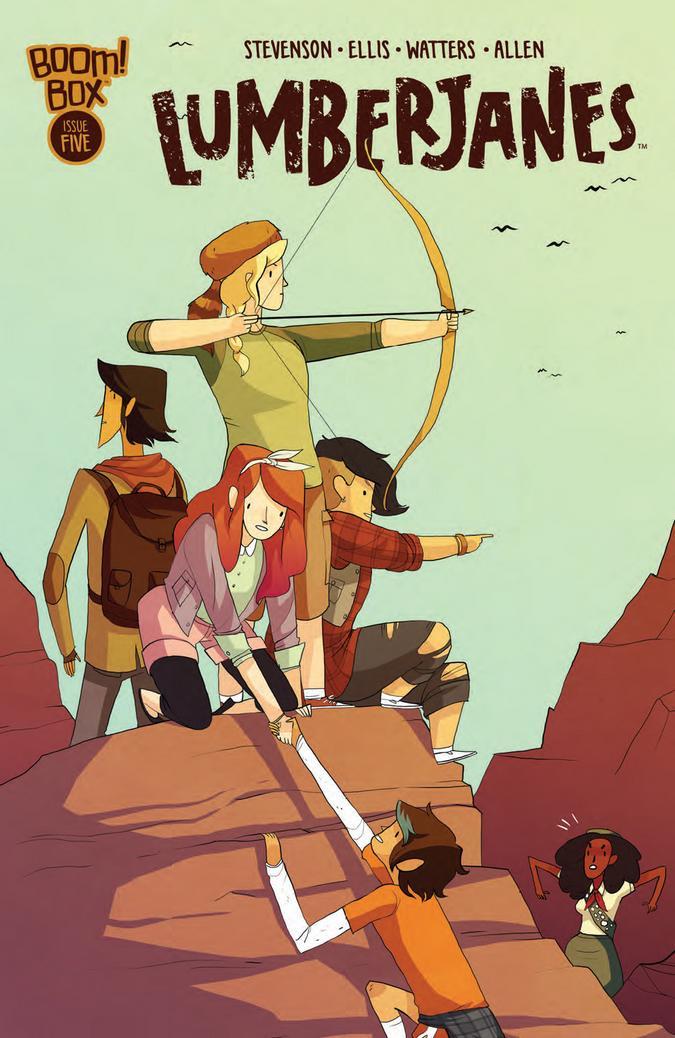 Happy Comic Release Day! Welcome to another installment of GeekMom Comic Book Corner, where we recap our adventures in comics for the week. This week, we have bats, speedsters, campers, and some shadowy heroes. We also have a look at a half-redneck, half-Ascian, who finds himself while just trying to do his day job.

The Flash is coming to CW and what better way to get fans hyped than with a comic book series to lead up to the big premier? The first issue is what you’d expect it to be: an origin story.

If you’ve seen the trailers for The Flash, then there is not much need to read this issue, because it’s basically the trailer in comic book form. What the book has going for it is the art. I didn’t want to see something like what’s in the current Flash series because the TV shows don’t necessarily follow the comics, but more “borrow” from them. I wasn’t disappointed.

Some of the scenes in the book are pulled right from the trailer, but not all of them. We are introduced to The Flash’s first villain and he doesn’t get much of a chance to take him down, because he’s thrown into a wall before he can throw a punch. The ending of the issue tells us there is more to come in terms of freaky villains and I’m excited to follow along to see how different the comic book series based on the show will be from the actual show.

Boom Box is back with the fifth issue of Lumberjanes, which tells the story of five girls staying at a summer camp that belongs more in The Twilight Zone than our own mundane world. When we last saw them, the girls had just fled the nearby boys’ camp, which appeared to have been overtaken by what appeared to be vampire (or vampire-like) creatures.

Back at camp, Jo is suffering from terrifying nightmares, while counselor Jen is living through her own when she is left in charge of the whole place for a day—and just hours after learning about the supernatural creatures in the surrounding woods. Her suggestion that they should place a call to “the FBI paranormal division” is falling on deaf ears. She attempts to keep the girls safe by cancelling the trip to the Raccoon Rodeo in favor of making friendship bracelets (complete instructions are included as a nice touch so you can make your own), but did you honestly think that would work? A trip to the outhouse soon results in disaster when a number of creatures are suddenly unleashed. I’d say what they are, but that would be spoiling the awesome surprise.

This issue mixes a fantastic and funny attack sequence with more information on the larger forces at work. We learn that there’s even more going on than we initially suspected and discover a startling secret about Molly’s hat that had me scanning back over every previous issue to try and spot hints about its true nature. There are more wonderful references scattered throughout the pages, including the name of one of the cabins and a tribute to Mrs. Weasley. You’ll know it when you see it! The dialogue is some of the best so far; April’s theatrical performance while she distracts one of the creatures had my genuinely laughing out loud. If you’re not reading this comic already, why the junk not?!

Lisa Tate — The Shadow vs. Grendel: Book One (Dynamite Comics) written and illustrated by Matt Wagner (colors by Brennan Wagner)

If there is any villain worthy of taking on the stylish and sophisticated Shadow, it is the graceful and brilliant crime lord Grendel. Dynamite Comics recently teamed up with Dark Horse to make sure this meeting of mind and muscle happens.

The Shadow vs. Grendel: Book One kicks off a three-issue prestige format series by the man who created Grendel himself.

A recently unearthed ancient urn found in New York Harbor is brought to Hunter Rose (Grendel) to add to his already impressive, eerie collection of “historically significant” items. When Rose reads off an incantation found in the urn, he finds himself in a “different” world (New York circa 1930s) and is ready to take it by storm. Meanwhile, Lamont Cranston (The Shadow) is wondering what the future holds if some “criminal mastermind” were to take advantage of the upheaval created by the failure of the prohibition. Thanks to Grendel, he is about to find out.

The choice to begin this tale with a few pages of Sin City-style black-and-white with touches of red was a perfect way to take the reader back in time to the golden era of film noir. It later splashes into full color, when the story—and Grendel—suddenly leap forward in time.

Grendel may not have been around as long as The Shadow (Lamont Cranston), as The Shadow debuted in pulp fiction novels in the 1930s and Grendel in comics in 1983. The characters play off each other so well, it was as if this meeting were their original intent. Fans of both Grendel and The Shadow should appreciate this dark and classy thriller.

I feel like I need to turn in my female geek cred by admitting that this is the very first time I’ve read any of the Finder stories by Carla Speed McNeil. That was surely my loss, because the stories in this volume, collected from shorter stories from the pages of Dark Horse Presents, are fascinating, off-balance, funny, and brilliant in their world-building. You know when a story starts to remind you of Howl’s Moving Castle that it has developed a rich world.

McNeil has been writing Finder since 1996 and the series is about a young man, Jaeger, a half-redneck and half-Ascian (Native American) who has the uncanny ability to “find” things. He can never get lost. He lives in a world that is slightly magical, slightly post-apocalyptic, and set in a far future Earth. In this world, Jaeger is tired of doing what he sees as dangerous work for those on the wrong side of the law and takes a job delivering packages instead. Since he can find anyone and anything, it’s the perfect job for him, but it’s not without challenges, such as escorting a ghost. But eventually, Jaeger is thrust outside the city for his job, and that’s when things get bizarre and even more interesting.

I need to track down the rest of the stories. In the meantime, you can find them online at Lightspeed Press, McNeil’s website.

Simone’s last issue of Batgirl ends with a literal and figurative hug to readers. Literal, as Barbara Gordon hugs her league of Batgirls. Figurative because this is a love letter to fans of Batgirl in all incarnations.  The big news is that for the first time since DC history was rebooted, Cassandra Cain returns as Batgirl. Cassandra has been in limbo, save for a few brief appearances in Batman Incorporated that were assumed to be out-of-continuity. She lasted over 100 issues as Batgirl and, when canceled, her series was still selling upwards of 20,000 per month. Naturally, her fans have been calling for her return, but DC has turned away requests, just as they did with Stephanie Brown, who finally turned up in her old Spoiler identity in Batman: Eternal.

So this issue, set five years in DC’s future, features all of the Batgirls working together: Babs, Cassandra, Stephanie, and a new, young Batgirl from a familiar Gotham family. The story is a bit dark—this is set in a future gone wrong—with Babs basically turning to the dark side to learn how to protect Gotham after yet another tragedy, and assembling her Batgirl team to work for her. But it ends with a hug, a fine ending for Simone’s run on the title.

While I hope this particular future for DC never comes to pass (it’s hinted that Jim Gordon is dead and that would make me very sad), I’m crossing my fingers that this means we’ll soon see Cassandra Cain appear in Batman: Eternal or somewhere else. Make it happen, DC. 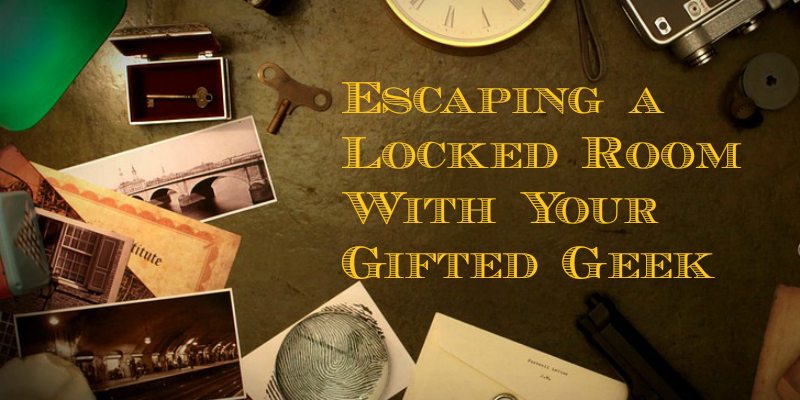 Escaping a Locked Room With Your Gifted Geek

Shaping A Life In The Sculptor