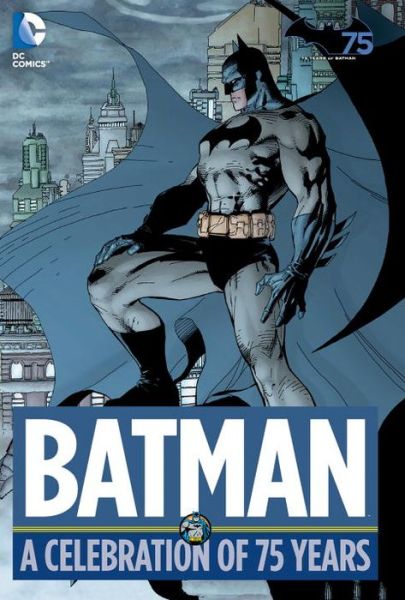 Happy Comic Release Day and a special, “Happy Birthday!” to Batman, who is 75 this week. This week, we’ll take a look at Batman: A Celebration of 75 Years, the finale of the Batman: Year Zero saga, plus cars that become monsters, a new zombie book from DC, and Archie #656, which introduces Veronica’s fashion designer cousin who happens to need a wheelchair.

And if you’ve ever wanted to make a comic, we have a Tumblr just for you.

What do you get when you mix Pixar’s Cars, the story of Dracula, and Frankenstein? Monster Motors of course.

Victor Franke is a new college graduate who makes the mistake of buying a Transylvania junkyard off eBay. Victor intends on turning the junkyard into a car repair shop, but his dreams are fraught with nightmares when Cadillacula comes to suck the gas and life out of all the cars.

Victor is determined to not let this freak of motor nature destroy his new life and builds his own monster motor to stop Cadillacula. Guess what he calls his creation? Frankenride!

At the risk of spoiling anything for you, I’m going to stop here. Let’s just say I’m excited to see how the rest of the monster world is portrayed and who takes Frankenride’s side and who joins up with Cadillacula.

I hesitate to recommend this title for anyone under the age of 8 years old, as the subject matter might freak out younger children.

If you’ve ever wanted to be a professional in the comic book industry, the Comics Survival Kit should be your first and best resource for getting started. Created by veteran writer Gail Simone, the Tumblr is designed to give advice from other pros with quick, short tips.

In the Kit you’ll find tips for writers and artists alike, from how to get your book stocked in stores to what editors look for in artist portfolios. Upcoming plans for the site include:

I will be adding a couple mini-tips articles from all over the industry ever couple days. I have, with permission, used some great stuff I have found on the web, but the vast majority of mini-lessons will be new, from colorists, retailers, writers, artists, editors, and lots more. People like Greg Pak, Kelly Sue DeConnick, Jim Zub, Adam Hughes, Pia Guerra, some of the best people in the industry.

Follow Comics Survival Kit to get some of the best comic book advice out there, and maybe you’ll see yourself on GeekMom’s Comic Book Corner someday!

This thick hardcover featuring a cover illustration by Jim Lee is the best of DC’s 75th Anniversary books so far.  Superman’s book was fine, Lois Lane’s celebration left something to be desired, but this one works in every way. It hits all eras of Batman, from the pulp beginnings to the trippy era of the 1960s and then onto the glory days of Batman stories, beginning in the 1970s with Dennis O’Neil and Neal Adams. I was pleased with all the creators that are represented.

Writers include Mike Barr, Steve Englehart, Archie Goodwin, Dennis O’Neil, John Broome, Edmond Hamilton, Bill Finger, Various, Scott Snyder, Paul Dini, Chuck Dixon, Greg Rucka, and Doug Moench. I was particular happy to see the highly underrated Moench in this volume.  No Alan Brennert but I’ll give them a pass on that, as the stories in this collection are uniformly excellent.

Then there’s the art. This 1970s diehard Adams fangirl is disappointed that Jim Lee gets the cover, but given Lee is recognized as the best Batman artist of the present day, I can’t complain. Also included is art by the late, great Marshall Rogers who did far too little Batman work, and, of course, Bill Finger, who is widely believed to deserve at least half of the credit for creating Batman that goes instead in full to Bob Kane. Other artists are Greg Capullo, J.H. Williams, III, Jim Aparo, Alan Davis, Michael Golden, Frank Miller, Alex Toth, Carmine Infantino, Dick Sprang, and Bob Kane, truly an all-star lineup.

This is a great book to introduce someone to Batman or for to a long-time fan who wants to revisit their favorite stories.

Age recommendation: All ages, but watch those more recent stories.

The long running Zero Year arc concludes this issue with Batman’s final confrontation with the Riddler and with Lucius Fox and Jim Gordon helping to save Gotham. This hasn’t been my favorite storyline, as it contains fantastical elements that strain my suspension of disbelief, but it all looks amazing, thanks to the art team.

But what I want to talk about are the last few pages, which feature a flashback of Bruce Wayne confessing that, when he was a teenager, he tried to get his mind-wiped via electronic shock treatment because he couldn’t stand the pain of his life. Bruce tells Alfred that he must be Batman or risk not being able to handle his life at all. The last few pages show Alfred flashing forward to what Bruce’s life might have been without Batman and concludes with Alfred telling potential love interests that Bruce is “already taken,” meaning by Gotham or Batman.

I feel like Scott Snyder and I need to sit down over a cup of coffee and talk about who Batman really is, because his view of Batman seems to be as a mentally unbalanced person who has to dress up like a Bat and fight crime to stay sane. Whereas I’m far more of the Denny O’Neil version of Batman: The driven but sane Guardian of Gotham who fights crime because someone needs to bring justice to a broken system and prevent another child from being orphaned like he was.

And these two versions of Batman aren’t the same. At all. Snyder has some evidence on his side, like the version of Batman written by Frank Miller in The Dark Knight Returns, but I’ll just point to the movie Batman Begins, which is clearly of the “Gotham’s Guardian” version.

This is more sick and twisted fun than it has any right to be for a zombie story. To talk about the plot would give away some of the best parts but, essentially, there’s a zombie, he eats brains, and he’s kinda trying to do the right thing. It’s very violent and gory, as befits a zombie comic, but I also laughed at a couple of spots. Hampton has some great zombie facial expressions. If you like zombies or like Palmiotti/Gray, then you need to buy this comic.

“Here Comes Harper” is the introduction of Veronica’s cousin, a fun-loving fashion designer who is also confined to a wheelchair. At first, I was worried the story would be sacrificed to the message (though it is a good one), but after a few pages of explanation about who Harper is and why she’s visiting, we movie into typical Archie territory with Harper and the whole gang attending a party and then slapstick and fun ensue.

Snap Up This Geek Toy