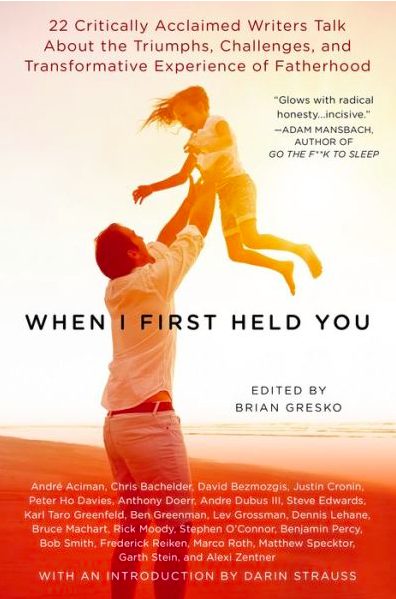 My oldest son turns 7 in two weeks. Where did the time go? And my youngest is just a few weeks after that, with him approaching the big 4. As birthday parties are being planned and requests for birthday gift ideas are made, I find myself sitting alone in my office, contemplating the job I’ve done as a dad and what waits for me in the years ahead. The reason for this contemplation is that I’ve been enjoying reading a series of 22 essays from a number of popular dad writers, all collected in a new book titled When I First Held You, and edited by Brian Gresko.

I’m not a SAHD (stay-at-home-dad), but I do think that many of my sons’ friends’ parents, my wife’s work colleagues, and just about anyone I encounter during business hours in my relaxed-casual-slacker workwear believe me to be a SAHD. There’s nothing wrong with being a SAHD. There are days I wish I were a SAHD. Of course, there are days I wish I was working 60 hours a week and having to call home to say I’d be working late — typically days where I’ve lost my voice from yelling at my two sons for the tenth time to stop throwing a ball in the living room or breaking up a tug-of-war with the only working Wii controller or any of the hundreds of ways two young boys can completely and utterly destroy my calm.

I’m a work-at-home-dad, and between the hours of 8am (or 9am on Wednesdays — late start school day) and 3pm (when I pick up my oldest) I tend to find ways to get my work done. The house is quiet, I can eat lunch when I want to do so, and occasionally I can blow off work and go see an early morning matinee or just spend an hour in the bookstore or head over to the hobby shop… or all three. It’s happened before, and it will happen again.

Maybe it’s because I write for a living and I’m a dad that I find what 22 other writer-dads have to say about being a dad so interesting. But honestly — you don’t have to be a dad, and you most certainly do not have to be a writer to enjoy these musings. They’re brutally honest. They’re raw. And a few can bring tears to dads with the hardest of hearts. These essays will have you shaking your head, not in disagreement, but in utter shock that someone else has had thoughts of selling a kid or two for profit. You already know that other dads are just as capable of losing their @###$ when it comes to their kids, but you’ll laugh out loud when you hear a professional writer describe so eloquently the pure madness that a single child brings to a household.

The book is full of fun:

… I didn’t have many friends with children, and none of them lived nearby. My wife belonged to a moms group in the neighborhood,.. [t]hey liked one another. There was a dads group too, and I would absolutely have joined it, except for the facts that I would have rather died.

We carried Simon to the hospital in a shopping-bag-style portable crib that we laid across our knees in the cab. Utterly terrified, hardly able to believe any of this was actually happening, Helen and I kept trading dread-filled glances as we tried to comfort each other.

And there are those shared feelings that dads can all agree on:

Hugging your child, smelling his or her scalp, might raise the hairs on the back of your neck and cause a pleasant light-headedness, a buzz not unlike the one you experienced during the early, most innocent phases of a teenage love affair. Your kids will run to you in distress and cry for you at night, and you’ll feel not just loved but needed, truly important in their life.

Father’s Day is still over a month away, but all I could think of as I finished the book was how great this was going to be as a gift I could give to a few new dads I have the honor of knowing. But it also occurred to me just as quickly that my own dad, a grandfather for many years, would enjoy it. I know that I was a difficult child — and somehow my dad dealt with my behaviors, my disappointments, my injuries… that man could write a book of his own. As a matter of fact, we all could. My boys are 7 and 4, and I’ve got enough material to fill two or three books. Thankfully, we dads don’t write it down; instead, we let the good memories survive, and let the bad ones fade away.

If you’re interested in the book’s contributors, here’s a list — you’ll likely find at least one or two writers that you know and enjoy their other works, maybe more:

When I First Held You: 22 Critically Acclaimed Writers Talk About the Triumphs, Challenges, and Transformative Experience of Fatherhood is one awesome book, and the variety of topics, the style, and the mix of good, bad, and the ugly… it all guarantees that you, Dad, will find that there are some sympathetic souls out there who have been there, done that. One of my favorite paragraph from the book, speaking about kids, sums it up nicely for us dads, I think:

I’d always thought that parents were a bit whiny about them. It wasn’t till I did it myself that I realized that being a parent was harder than anyone let on. The reality was, people weren’t whining nearly enough.

Note: I’d like to thank Loren J. for providing a review copy. 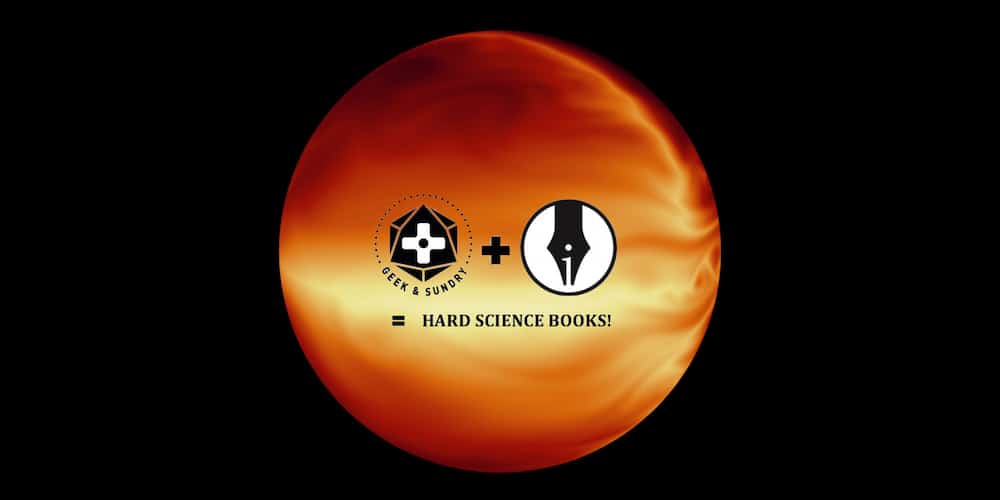