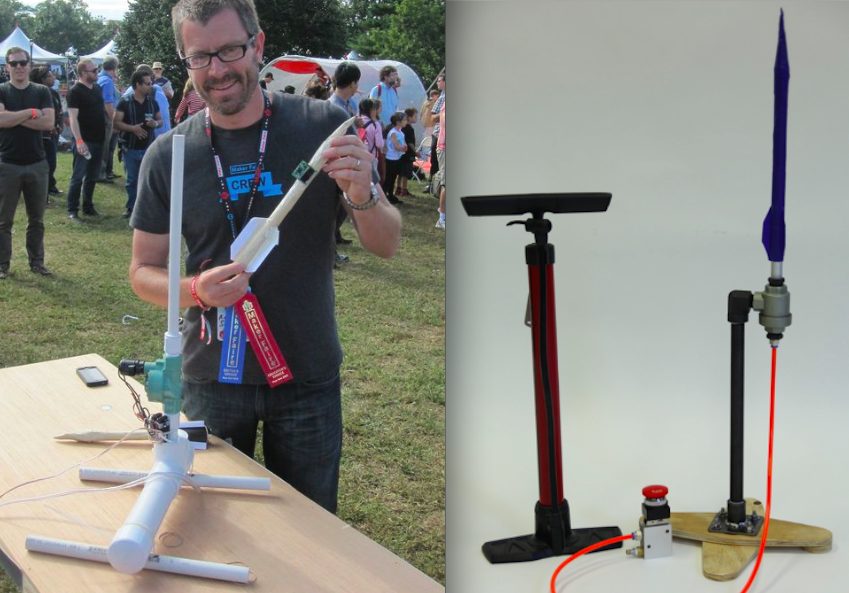 Back in 2010, I hosted a Rocket Party at a nearby school’s playground for my son and seventeen of his friends from daycare. A few days prior to the party, you would have found me at the dining table with a small block of wood and a 15″ length of PVC pipe stuck down the block’s center — I was using this setup to create 20 rockets that would be launched from a custom rocket launcher I had built the previous weekend.

This rocket launcher was ordered from a kit sold by MakerShed and consisted of a large PVC body, a standard pressure-release valve used in sprinkler systems, some tubing, and a small mix of other items. After assembly, a foot pump was used to increase the air pressure in the main body and a simple push-button and two 9V batteries was used to trigger the release valve and launch a rocket stuck onto a long piece of 3/4″ PVC. These rockets soared… I mean, they really went high. The kids loved it, the parents loved it, and I got numerous requests to do it again.

Jump forward to 2012 and for my son’s 5th birthday, we brought out the launcher again. This time, however, the rockets that were originally made of masking tape were made of foam tubing (used to insulate pipe) — these rockets could withstand numerous launches, whereas the tape rockets tended to get a bit crumpled after eight or so launches. Once again, the kids at the party had a blast.

This was Version 1.0 of Rick Schertle’s Rocket Launcher Kit. I’ve known Rick since 2011 (we met at Maker Faire) and we’ve stayed in touch over the years and continued to meet at Maker Faire (CA). And Rick’s continued to develop his Rocket Launcher Kit. He dropped hints last year to me that he was working on something new… an upgrade of sorts, and I’ve been keeping my eyes and ears open ever since. A recent Make: magazine article (Volume 39) blew the lid off the surprise when it offered a glider-rocket that Rick and his business partner, Keith Violette, had developed. You launch the rocket that has the glider on its back, and, when the rocket reaches peak altitude, air pressure is released off the glider’s wings — they snap up and into place and the glider glides down and lands.

While the plans for building the glider-rocket are in Volume 39 of the magazine, I’m much more interested in Rick’s Rocket Launcher 2.0. The 1.0 version certainly still works, but the duct tape I’ve used to wrap the ends on the PVC pipe body is getting a bit dirty and flaky with age, and I’m not certain how long the glue will hold up from all those launches over the last four years.

Rick’s new version 2.0 has some major improvements and changes. First, there’s no glue or duct tape needed. It’s a much safer launcher with a wise choice of parts selected for long-term use. Second, batteries are no longer required. During the first rocket party, one of the kids tripped over my wires leading from the button launcher to the release valve and it took me more than a few minutes to repair a wire that had come loose. Finally, version 2.0 is just a smaller, easier to assemble launcher that takes less space and has less things to go wrong with it. Just compare the two images below (version 2.0 on right), and you can see that Rick’s done a great job of improving the launcher.

A Rocket Party is pretty much a guaranteed success with kids; give them the chance to create their own rocket (and the instructions and steps are ridiculously simple), and you’ve got a winner.

Rick’s just launched (sorry) his own Kickstarter project, and I’m delighted to be able to share it with all of you geek dads and moms. He’s seeking to raise funds for his new company, AirRocketWorks.com, and get the 2.0 version out the door and into the hands of parents and kids everywhere. You can find his Air Rocket Toys Kickstarter project here, as well as videos of the launcher and glider in action. Keep in mind that the rockets and rocket-gliders can be made by hand by kids or adults, but it’s the 1.0 launcher itself that can be tricky, especially if you’re not comfortable working with PVC glue and hand-wiring up the electronics required to launch a rocket. Skip all that and go straight for the 2.0 launcher and be in business in about 30 minutes or so.

Some of you may have met Rick at the California or New York Maker Faires, and you know he’s passionate about teaching kids and helping them to learn while having fun. With summer here, please consider supporting Rick’s project and bringing a little controlled chaos to your neighborhood by hosting a Rocket Party. Have fun! 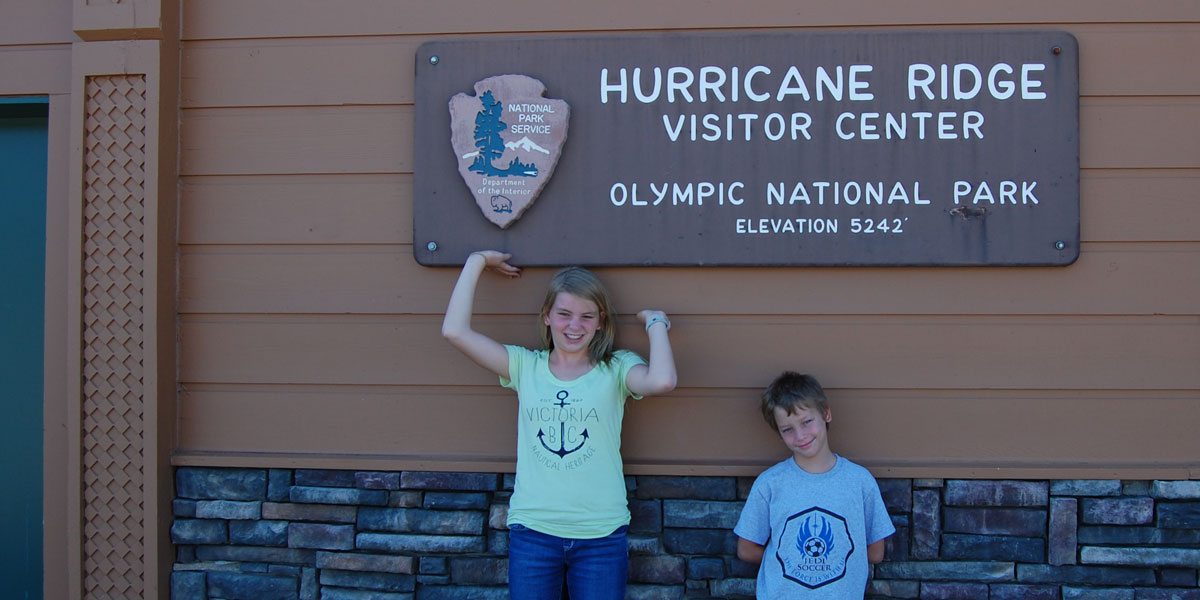