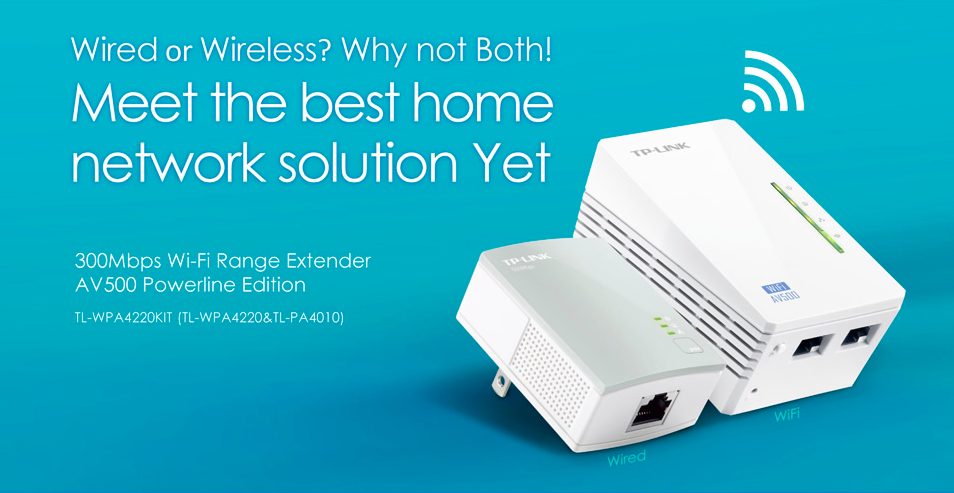 During college (in the early ’90s), I earned some good money running Ethernet cable for local businesses looking to take advantage of the introduction of DIY networking kits. My buddies and I would go in, run the cable, install the Ethernet cards, configure the drivers and networking settings, and show the business owners how to move files back and forth, share drives, etc. Back then, setting up networks was a chore, and of all the tasks involved, running cable had to be my least favorite. Dirty, sweaty, and frustrating work. But that was then…

Today, when it comes to setting up new technology, I prefer easy over hard (and I imagine most everyone else does, too). WiFi has changed the world, truly, and it’s so easy to plug in a WiFi router, set a password and SSID, and then get to work. But sometimes there are unusual needs that require unusual solutions.

I have a basement that is not wired for Ethernet, and I’m no mood to run any more cable. The WiFi signal strength down there has never been good, and I’ve had off-and-on luck with range extenders. My sons like to play video games and watch Netflix (on the Smart TV) down there, and I frequently join them and bring along my MacBook Air (with no Ethernet port) to do some writing. For my boys, I had previously installed an older TP-Link HomePlug system that worked so-so (occasional pauses throughout a Netflix movie), but my laptop wasn’t able to take advantage of the connection.

Fortunately, TP-Link has a new solution — the 300Mbps WiFi Range Extender, AV500 Powerline Edition. It offers both Ethernet and WiFi (802.11b/g/n), so all you have to do is plug in one end near your router and connect the two with one of the included Ethernet cables (you get two). The other end you place anywhere in your home or office (as long as its part of the same power line running through the building) — it acts as both a Wi-Fi range extender and it offers two Ethernet ports on bottom. 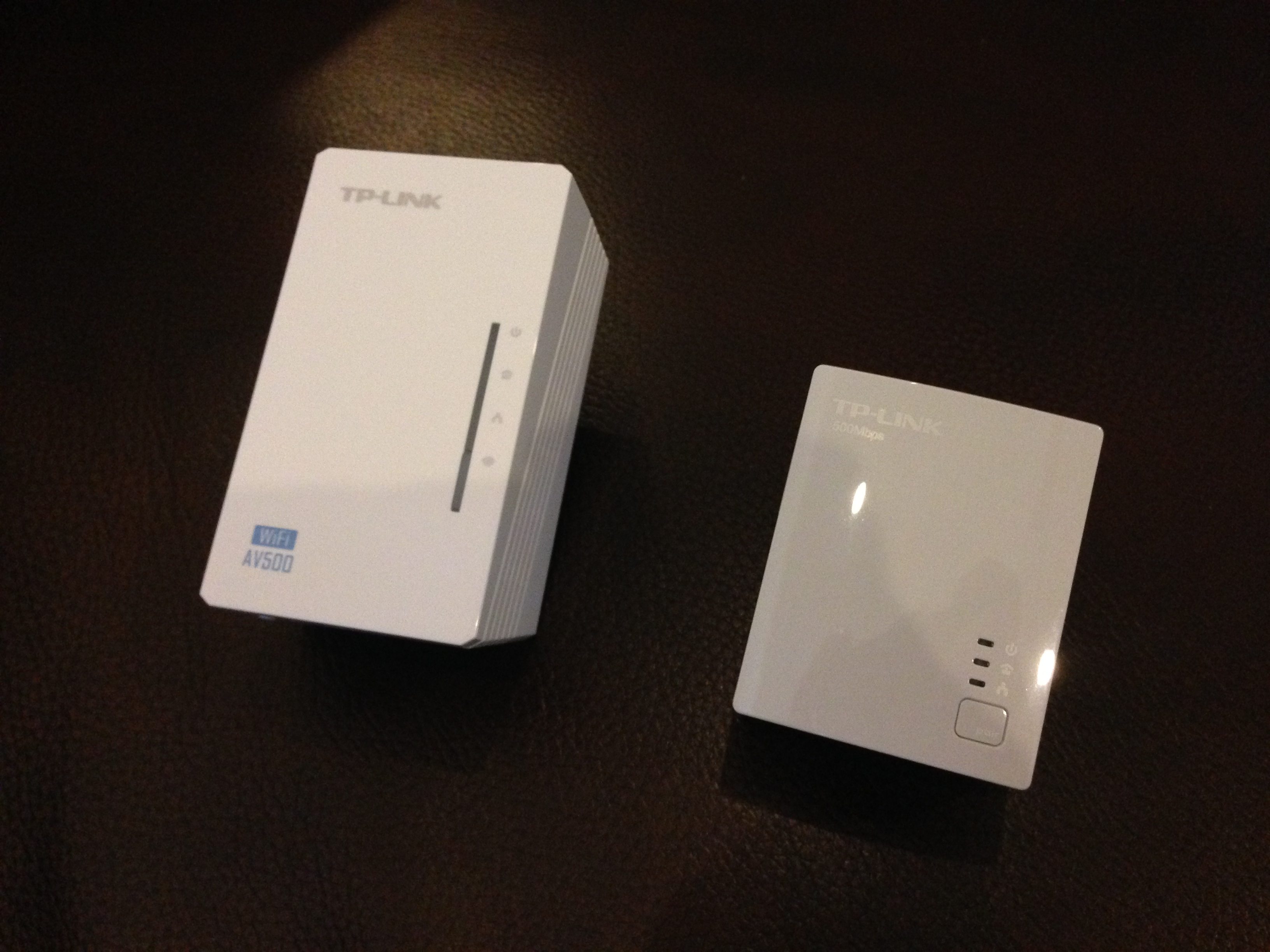 The device has what’s called a One-Touch Super Range Extension – WiFi Clone button. Press it and it grabs your WiFi SSID and password, with no configuration required (you do have to press the WPS button on the back of your router so that it will share the SSID and password). Does it work? Yep! After following the instructions (only 5 steps!) I had the Powerline device in my office and connected to my router. In my basement, I had the range extender plugged into an outlet with the TV connected via Ethernet and my laptop connecting via WiFi. 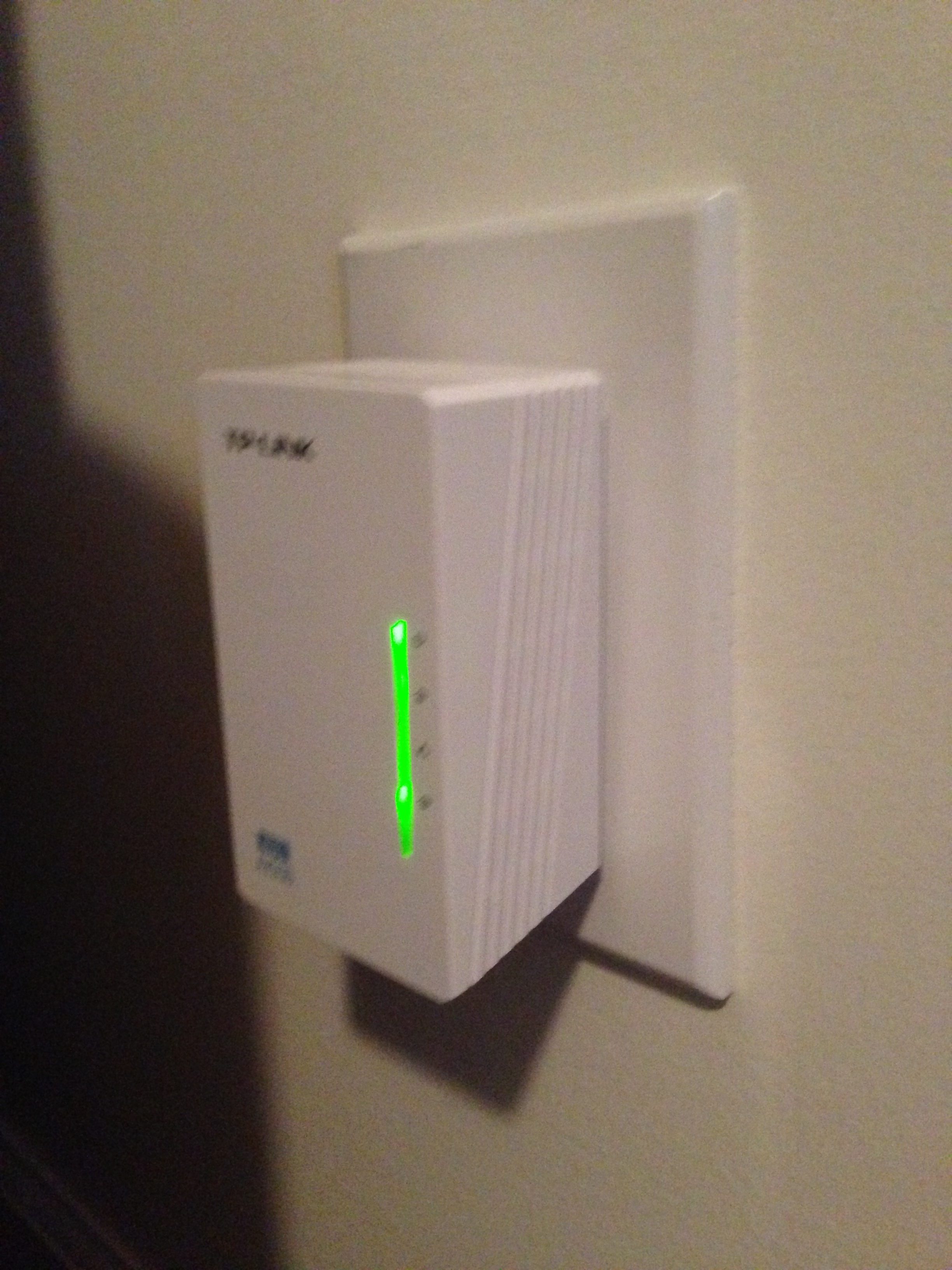 WiFi gets up to 300Mbps; Ethernet connections get up to 500Mbps. The speed boost was obvious immediately. Netflix movies loaded up and began to play after about 10 seconds instead of 30-45 seconds. And those annoying pauses mid-movie? G-O-N-E. My MacBook Air also has four bars consistently for WiFi, instead of two or three depending on the day. I’m pleased as punch.

One final note: if you’re familiar with HomePlug devices, you may know that they tend to be on the bulky side. Not any more. The device that connects to your router is actually about half the size of previous HomePlug devices I’ve used, so it plays nicely with devices that need power and doesn’t hog all the outlet space. The range extender in is a little larger (and will cover the bottom half if plugged into the top half of the outlet), but definitely not as large as previous HomePlug devices — probably because it’s serving double duty as Ethernet and WiFi provider.

If you’re in need of a range extender for your own WiFi signal and could benefit from two extra Ethernet plugs for even higher data speeds, you’ll definitely appreciate the double-offering that the new TP-LINK device brings to the table.

I’d like to thank Len F. for providing a test unit for the review. 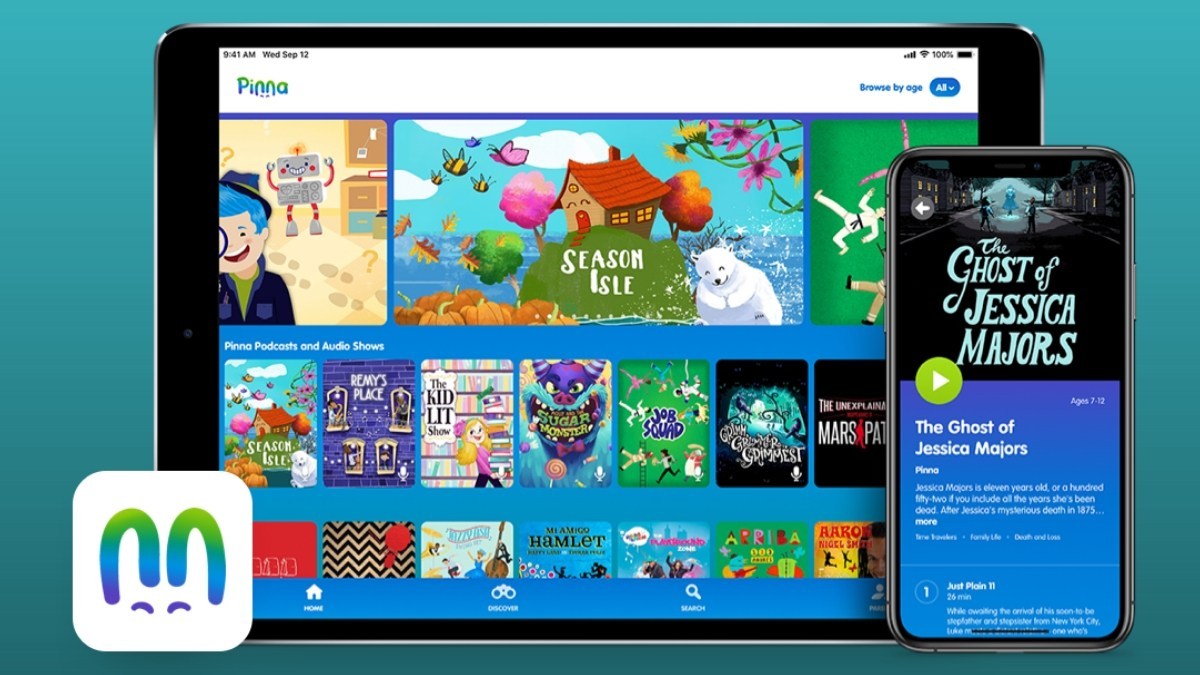 2 thoughts on “One Rock, Two Birds — The TP-LINK WiFi Range Extender With HomePlug”