The new Magic 2014—Duels of the Planeswalkers game has been released! I have had so much fun playing this game, and so has my nine-year-old stepson.  We have been playing it on the Steam Network for PC, and it’s been a total blast to play Magic: The Gathering in its newest installment.

When you log into the game, the first thing that pops up is instructions on how to claim your six card booster pack with a premium full art promo Scavenging Ooze card. It’s a nice reward for redeeming your game. The game quickly dives in to explaining the standard concept of the game. “You are a Planeswalker,” etc. It then sets the game up by asking how much M:tG you have played. If you say none, then the difficulty is set to Mage, the easiest setting. Archmage and Planeswalker are Medium and Hard difficulty, respectively.

Once you have set the difficulty level, it launches into a cinematic, which then puts you into the tutorial page. The tutorial guides you through Casting Spells and Combat, Sorceries, Enchantments, Instants and the Timer, Activated abilities, and ends with a duel with Planeswalker Chandra Nalaar. I did the tutorial with the Archmage difficulty setting, and it unlocked one section of the tutorial at a time. After I defeated Chandra, I unlocked the Firewave intro pack (red) to play with.

After your duel with Chandra, you are released into the main play mode. In this mode you choose a plane to play in. The first plane unlocked is the sinister plane of Innistrad. The planes that remain to be unlocked are Zendikar, Shandalar, Alara, and Ravnica. As you work your way through Innistrad, you unlock extra cards for your Hunter’s Strength deck (green). The first two cards I unlocked were Master of the Wild Hunt and Wurmskin Forager.

The gameplay is super user friendly, especially for those who have never played before. The one time my stepson got stuck, he had skipped the explanation for blocking enemy attacks and was unable to block. He lost one duel because of this, and then asked for help. After going through the tutorial again (this time actually paying attention to the tutorial) he played like a veteran player, and he’s never played M:tG before.

Some of the interesting features include biographical explanations of who the Planeswalkers you run into are, and a display of all the different official art for each Planeswalker. There’s also the option to play “sealed deck” style matches, including the process of opening your booster packs, and having to build your decks from there. Sealed deck play starts you with five booster packs of 14 cards each for a total of 84 cards. There’s also a deck testing option called Disturbing the Nest.

The best part is that gameplay doesn’t feel repetitive, and the challenges get, well, more challenging as you progress through the game. It’s also nice for both me and the Boy to be able to play when the other isn’t up for it. I just have him log into Steam, and he takes off. When I play alone, though, I get sucked in for hours, forgetting to take care of other things, because of my fascination. I played for four hours, the first time I sat down with it, and I’ve been happy to not keep track of how many hours I’ve played total.

Magic 2014—Duels of the Planeswalkers is also versatile. It’s available on the PlayStation Network, iPad, Android tablet via Google Play and Amazon App Store, Xbox LIVE Arcade, and PC via Steam. Prices vary. Each system is connected to the ranking system as well.

I look forward to playing many more hours on this game. The Boy sure loves it, and has asked me to teach him more of the intricate parts of play, like the Battalion and Undying abilities he’s seen on my Standard cards. I’m definitely a fan of using this game system to teach kids how to play M:tG in general.

Note: I received a download of this game for review purposes.

GeekDad Puzzle of the Week: The Heroes of AUSM 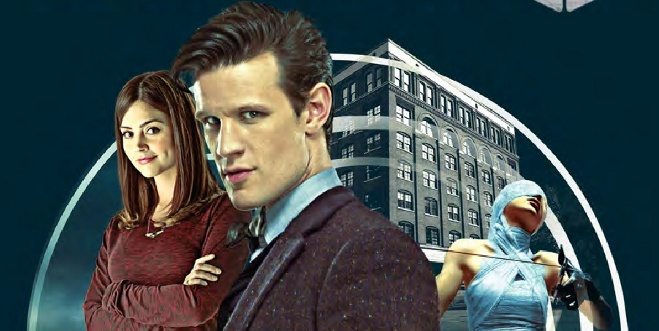