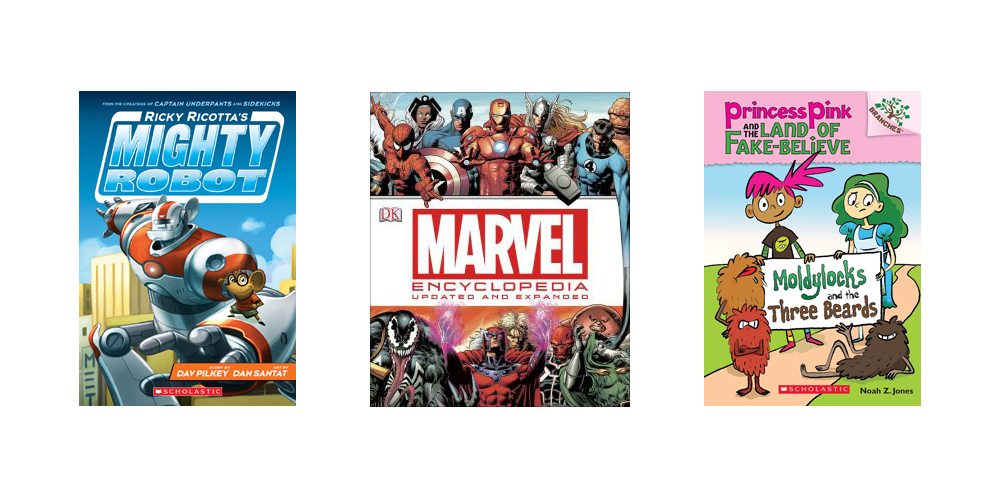 Recently, a big topic of discussion around my house has been heroes. Touched off by a re-watch of Gravity Falls‘ big season-ending two-parter, the kids and I’ve talked a lot about what makes a hero, and the concept that heroism – which I routinely describe as the willingness to do what’s right rather than what’s easy – exists in all of us. Interestingly enough, much of our regular weekend reading has also concerned heroes, in one sense or another.

My son’s been into Dav Pilkey books for as long as he’s been able to read. While he leans toward Captain Underpants, the original Ricky Ricotta’s Giant Robot was an early favorite. The series has since been re-launched as Ricky Ricotta’s Mighty Robot, replacing not only the titular adjective, but also original illustrator Martin Ontiveros with Dan Santat (of Disney Channel’s The Replacements fame). While the stories and characters are the same – including Pilkey’s trademark Flip-O-Rama sequences – Santat brings a cool aesthetic to the visuals that harkens back to the 1970s heyday of giant robot anime.

Volume one sees bullied schoolboy (schoolmouse?) Ricky rescue the Mighty Robot from the clutches of evil genius Dr. Stinky McNasty, and the duo rescue the city of Squeakyville with their friendship and dedication. Book two, Ricky Ricotta’s Mighty Robot vs. The Mutant Mosquitoes from Mercury, pits the duo against an otherworldly insect threat, while Ricky Ricotta’s Mighty Robot vs. The Voodoo Vultures from Venus focuses on yet another alliterative foe, but more clearly confronts the concept of responsibility:

“Responsibility,” said Ricky, “is doing the right thing at the right time.”

While my eldest has been exploring the world of Ricky Ricotta, my young daughter has become equally taken with Princess Pink and the Land of Fake Believe. While only the first book in Noah Z. Jones’s new series, Moldylocks and the Three Beards, is currently available, it shows great promise.

Parents averse to the over-princess-ification of contemporary properties directed at girls will be happy to know that, while Princess Pink is the given name of the protagonist, it in no way reflects her personality. Noble, adventurous and, oddly enough, no fan of things pink and frilly, Princess Pink finds a gateway to another world… in her family’s refrigerator.

In this magical world of Fake Believe, Princess meets a strange little girl named Moldylocks. What follows is a skewed retelling of a classic story, but it’s more than just a lazy rehash. The most important difference, at least as far as my kids were concerned, is that, after escaping the Three Beards, Princess Pink returns to rescue her new friend. And heroism is heroism – even when it means confronting anthropomorphic facial hair.

Still, while my kids are all for finding nobility in new and unexpected places, I tend to like my heroes cut from the classic cloth. The cloth in question being, of course, spandex.

Our own Matt Forbeck helped shape the most recent iteration of the classic Marvel Encyclopedia, and while we’ve already plugged it here at GeekDad I’d be remiss if I didn’t say it was my current go-to coffee table book. With more than 400 pages of painstakingly researched entries covering everyone from Abomination to Zzzax, it’s everything that Marvel Zombies like myself are looking for in one gorgeous hardcover.

Whether I’m revisiting my favorite New Mutants or trying to put events that I may have missed in the proper context – I’m looking at you, Planet Hulk – the Marvel Encyclopedia: Updated and Expanded has every entry imaginable with just enough detail to enlighten but not overwhelm. So whether you’re trying to remember the name of the baby the newly-vampirized Jubilee adopted or settle a bet about the identity of the original Human Torch, it’s the ideal reference. 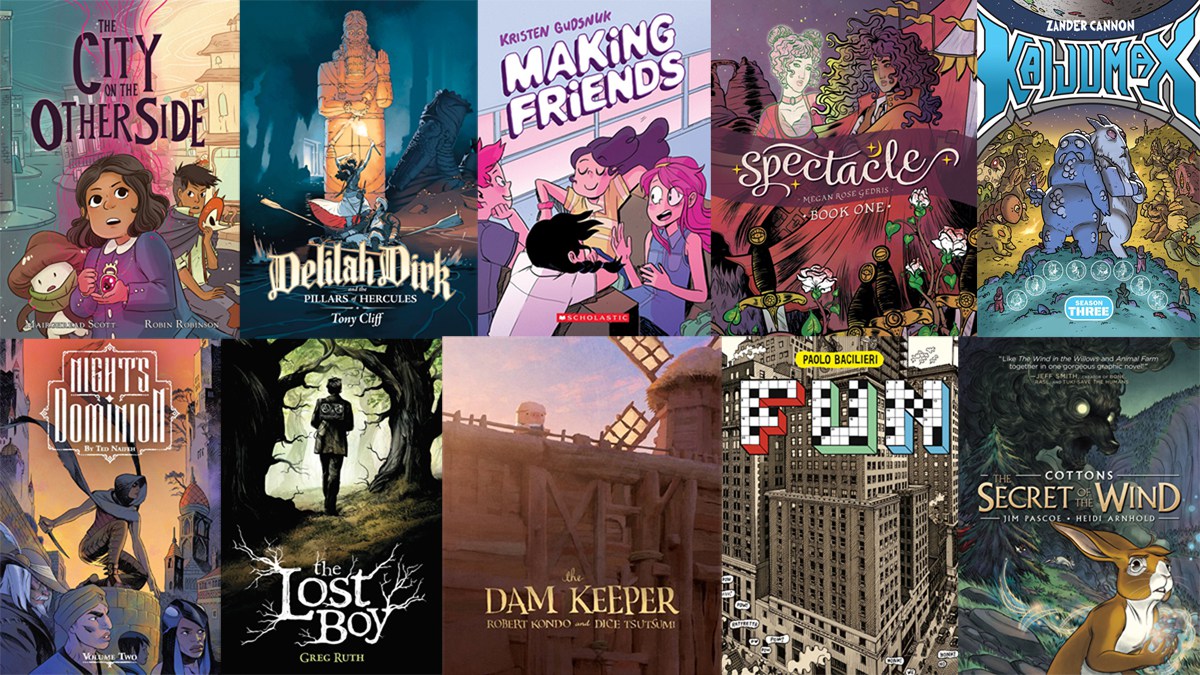