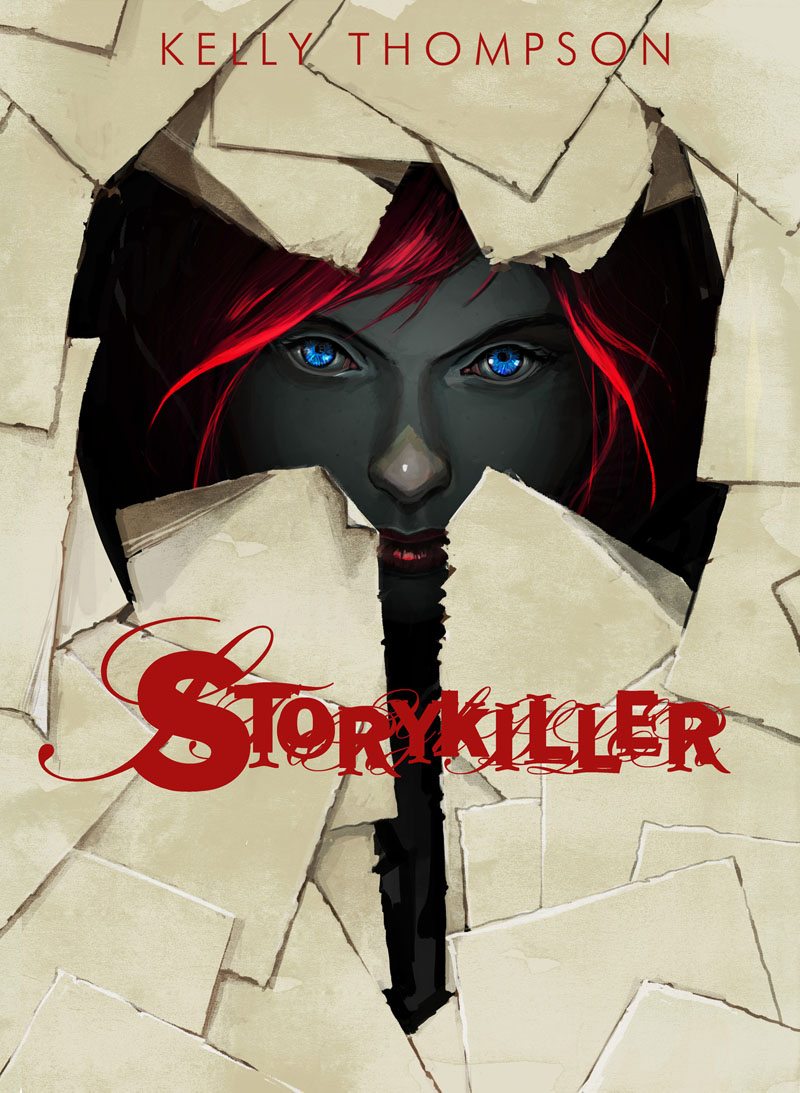 Kelly Thompson is writer, podcaster, comic columnist, feminist, and just generally all-around awesome. Obviously, she’s talented in  many fields but she’s primarily known in the comics community for her column “She Has No Head” at comicbookresources.com.

I backed her Kickstarter last year for The Girl Who Would Be King, and the story definitely lived up to expectations, as two young women came into their powers with completely different mindsets. (Not to mention the cool art that I received as well as part of the Kickstarter rewards.)

Thompson talked to me last week about her current Kickstarter project, the novel Storykiller. The novel’s concept strikes me as in line with Jasper Fforde’s loopy and yet wonderful Thursday Next series, so I’m excited to see it already fully funded. There are two weeks left, it’s fully funded, and the cool rewards are still up for grabs, so check it out.

Kelly Thompson: The high-concept one line answer is that Storykiller is classic Fiction meets Buffy The Vampire Slayer for a new generation.

The longer response is that it’s about a girl named Tessa Battle who is something called The Last Scion. Tessa has been saddled with some chosen-one type responsibilities in a world in which all Fiction is real, and much of it monstrous. The book is about Tessa and her two friends as well as some reluctant and highly suspect allies like The Snow Queen and Robin Hood, as they are drawn into the complexities of this new reality they face.

GM: Why this story? What influenced you?

KT: I think I’ve always been interested in the roots of stories, where they come from and why.

What we do to them as they evolve over time, how we modify them to fit our modern lives. I’m motivated by character more than anything else, so once I had the idea in mind, I was so excited about what I could do with characters that had been around for hundreds or even thousands of years. How casting them and re-imagining them as “real” people and letting them grow beyond their original Fictions but still giving them boundaries and challenges could be fascinating. There’s such an incredibly rich tapestry of existing material to play with, it’s certainly why we see so many fairy tale/mythology/classics re-imaginings.

Though we’re going through a surge of these right now, this is not new, all the stories have already been told, there are just new ways to approach them and execute them. As evidenced by the “high concept pitch” I was obviously inspired very directly by Buffy The Vampire Slayer–I am pretty much ALWAYS inspired by Buffy, no matter what project I work on. Joss Whedon created in Buffy a heroine that really laid the groundwork for so many that followed. Tessa is a very different character from Buffy but without Buffy I’m not sure there ever is a Tessa Battle, you know?

If we’re talking fairy tales I’m partial to Sleeping Beauty, in part because it’s one of the best and most underrated Disney animated films of all time (look at those painted backgrounds!) and for its ability to morph over time. The original Sleeping Beauty tale (or at least some versions of it) are incredibly dark. Even darker than many original fairy tales and fables which trend very dark to begin with. I find that evolution of the tale fascinating.

GM: Why fund this via Kickstarter rather than self-publishing or trying to go the traditional publishing route?

My agent and I had it on sub for less than a year before I pulled it, which is not a long time in the scope of publishing. But I guess, after learning I could do it myself via Kickstarter and after the crazy success I had with The Girl Who Would Be King it was hard to resist that siren call–a call that told me I COULD do it myself and have everything exactly how I wanted, including the cover artist I desired (Stephanie Hans).

As for why Kickstarter instead of self-publishing, I think for starters it was just hard to argue with the success of the first campaign, and since Storykiller is going to include a ton of color illustrations by some of comics’ best artists there was no way to afford to pay them, or to do a color print run without funding the book beforehand.

And that’s another great reasons for self-publishing and Kickstarter, you simply cannot do a prose book with color illustrations these days, so doing this via Kickstarter allows me to create a truly unique and one of a kind edition. That’s a pretty amazing opportunity.

GM: What’s your favorite reward in your Kickstarter?

KT: Definitely any of the print rewards. Those are high-end super limited edition prints by some of the best artists working in comics as well as some serious up and coming talent. To grab such a limited edition signed print for less than $100…that’s awesome.

GM: What advice would you give to other seeking to fund via Kickstarter?

KT: Platform is everything. Do not, and I repeat, DO NOT, go into a Kickstarter campaign without a serious preexisting platform.

I wrote online for free for YEARS before I got a following large enough that I thought I could fund a project on Kickstarter. And quite frankly, I still deliver free content every week. People see the successes on Kickstarter and think it looks like everyone funds because that’s what you see on the home page and that’s what you see everyone talking about–successful projects that have buzz.

But I urge anyone thinking they’ll try this out without a solid platform to spend some time perusing the sad graveyard of unfunded projects. It’s a necessary reality check. Having a great project will only get you so far, you need that built in audience.

So start building yours today, seriously. 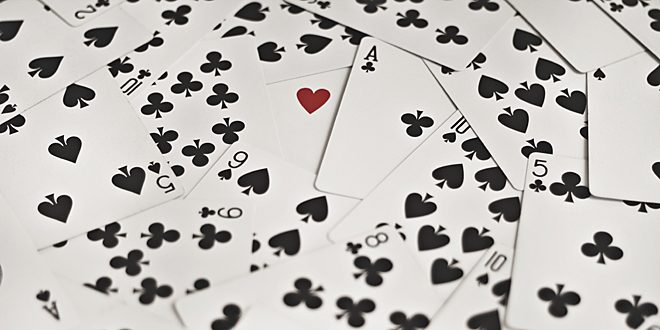 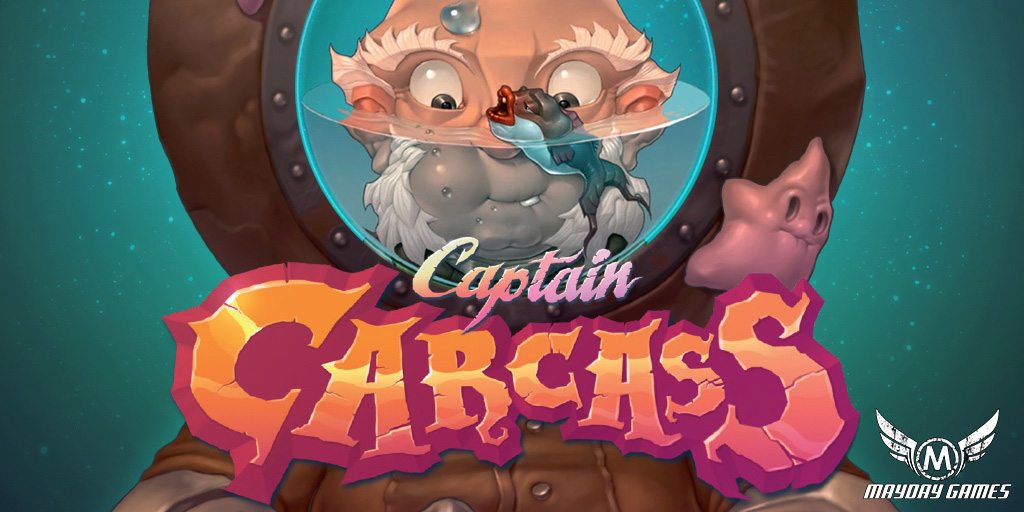 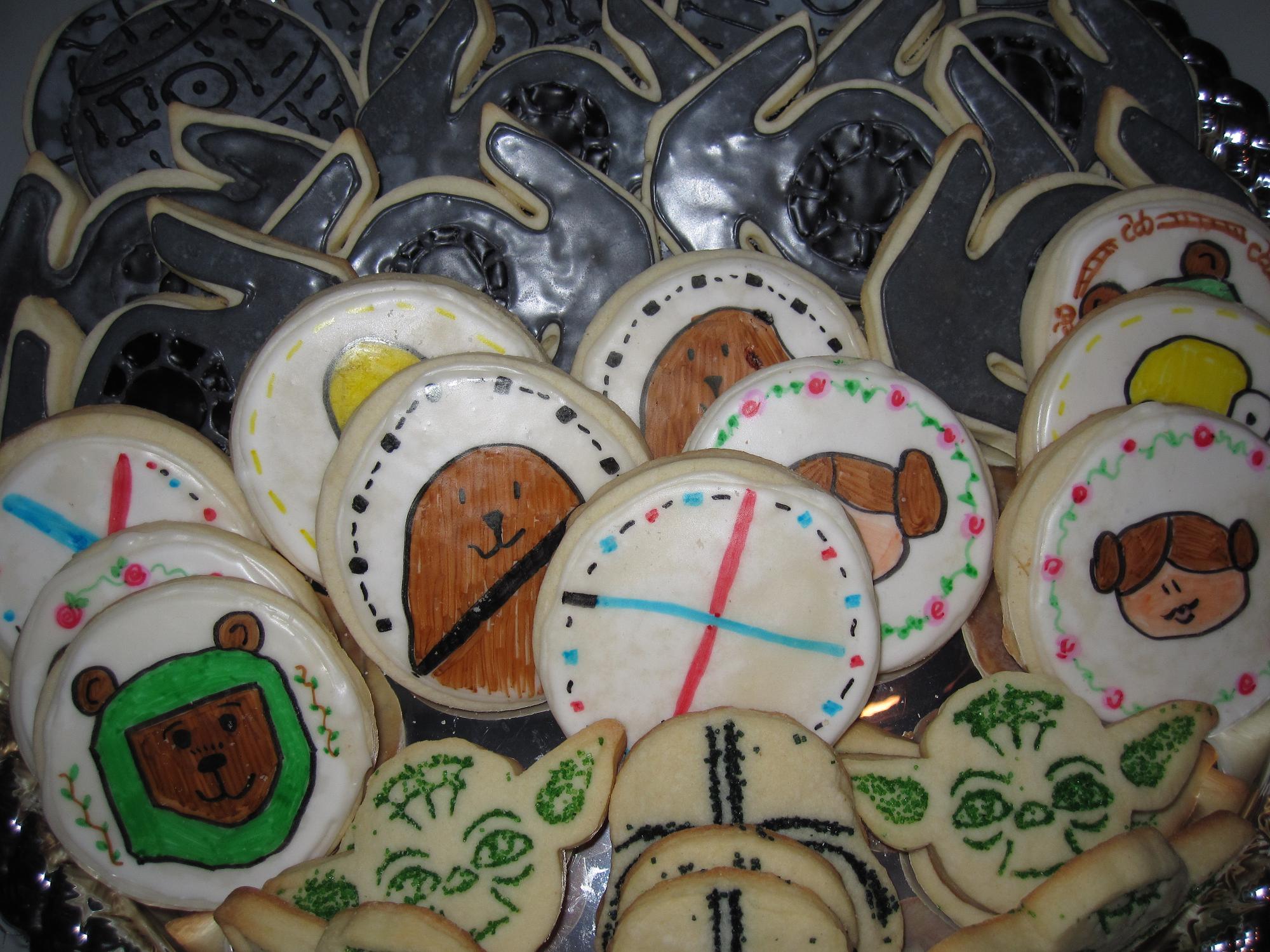