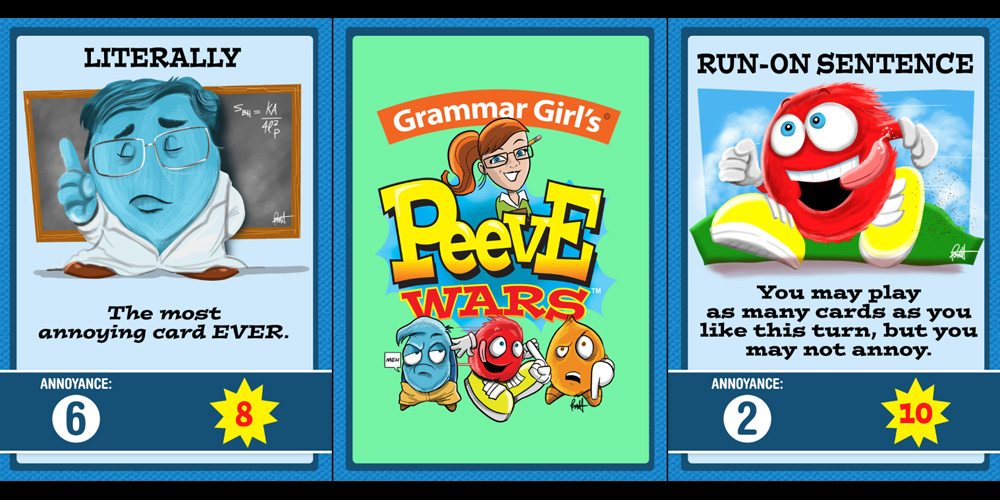 If your as annoyed as I by bad grammer, than theirs a game you’re shore to love: Grammar Girl’s Peeve Wars. (Okay, I promise: no more intentional mistakes—it’s as painful for me to write as it is to read.)

Mignon Fogarty (aka Grammar Girl) writes a column about grammar on QuickandDirtyTips.com, covering topics like how a semicolon can be ironic or why sci-fi and fantasy names have so many apostrophes in them. And, of course, she also addresses more common grammar questions like the proper use of punctuation and distinguishing between commonly-misused words (e.g., “affect” and “effect”). She even has an iOS app, Grammar Pop, that teaches you parts of speech.

Peeve Wars is a card game based on several of Fogarty’s grammar pet peeves, and the goal of the game is to annoy your opponents to death by using poor grammar. You lay out a bunch of cards, adding to your “annoyance” factor, and when you feel you have enough, then you attack an opponent and find out if they’ll defend themselves or lose their cool. (Once somebody loses all their cool, they’re out of the game.)

The pet peeves and their corresponding effects are hilarious: “Literally” is the most annoying card ever; “Could Care Less” allows you to ignore an attack; the more “Misused Apostrophe” cards you have, the more annoying each one becomes. But lest grammar snobs (like me) get too gleeful about the game, there’s also the “Grammar Snob” card—”Just because you’re correct doesn’t mean you’re not annoying.”

The artwork is by geek favorite Len Peralta (who just successfully funded his second set of Geek-a-Week trading cards), and Joe Kisenwether is behind the game design. I haven’t seen the full rule set so it’s hard to know how the game plays out (and whether the game is as balanced as it is amusing), but I’m definitely intrigued.

Fogarty is seeking to raise $15,000 by early March to produce Peeve Wars. The crowdfunding campaign is on FundAnything, which allows project creators to get funds immediately rather than Kickstarter’s “all or nothing” method. I’m not sure what happens if the campaign doesn’t reach the goal but the creator is still on the hook for delivering rewards—that seems like a tough position to be in. However, with Fogarty’s following I would guess it probably won’t take long to hit the goal. There are several reward levels, and a copy of the game will run you $30 (or more, if you want to splurge for some extras).

For more information, check out the FundAnything page. 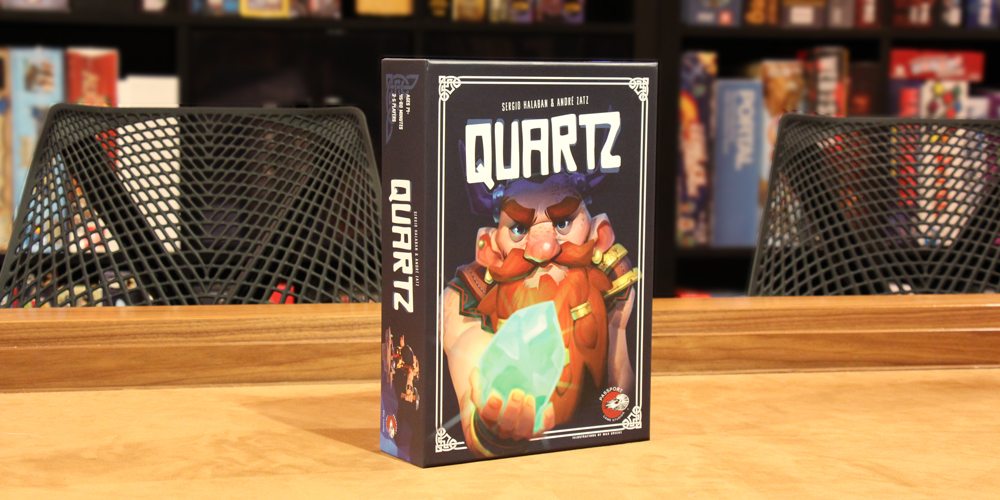 A Google-a-Day Puzzle for Feb. 2