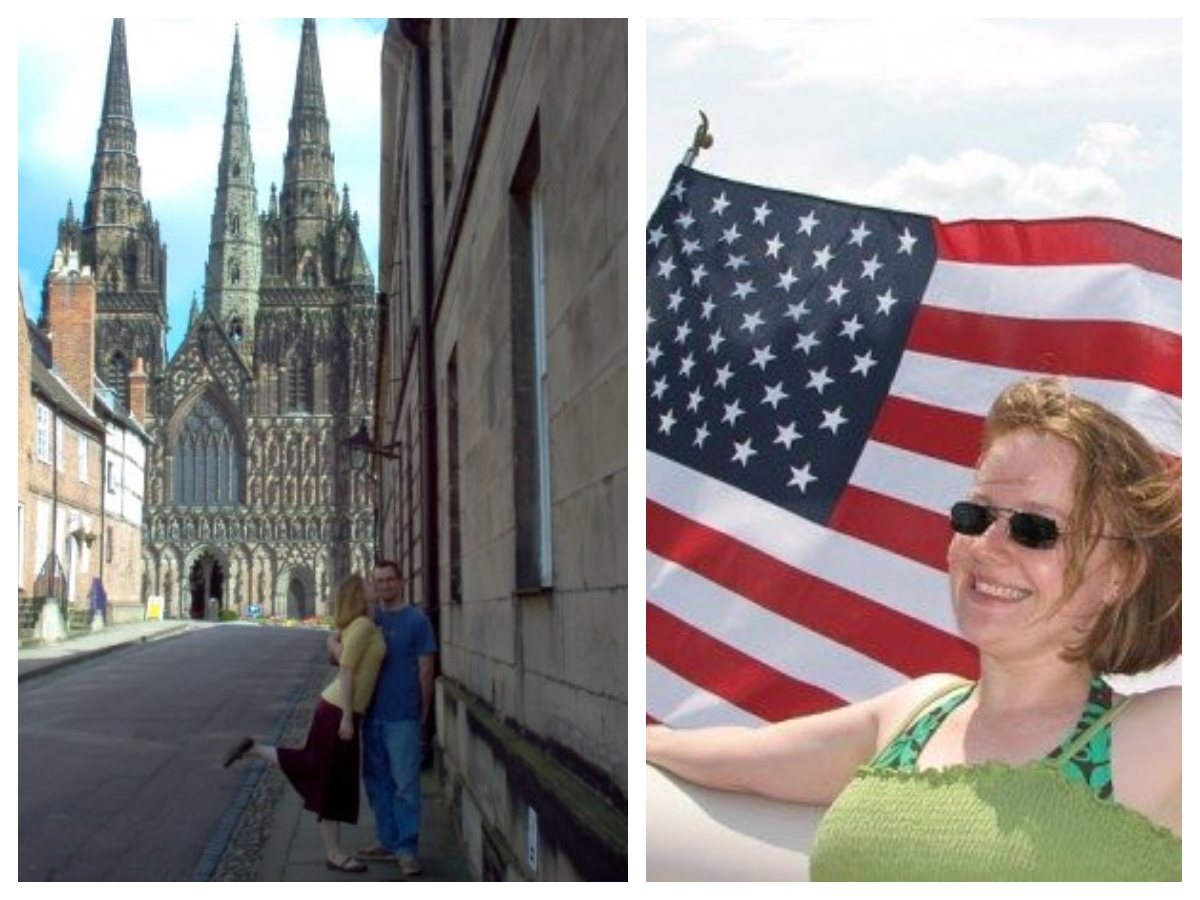 We spent part of this month at a lake house in Maine. Five glorious days of polar dips, evening kayaking, and lots of general splashing around. Part way through the day on our fourth day there, I told my entire family to go put their cozzies on, and they all looked at me like I had three heads. I was of course telling them, in my charming English way, to go put their swimsuits on. 20 years into this wild ride with the Maine love of my life, we are still finding things that he doesn’t understand. For my part, I have no idea how we have gone through almost 12 years of children without the word “cozzies,” short for swimming costumes, coming up.

The first time my husband and I were going to see a movie together, it was a group of us going to see Samuel L. Jackson as Shaft at the local Nickelodeon. This was back when I was just that hot English girl, and he was that really annoying American. We told him to meet us in the lobby at half six. Rather than risk missing us, or asking what we meant, he showed up at 5:30, then again at 6:30. Half Six being the English way of saying 6:30, and him not wanting to miss us.

A friend of mine has a son about to follow the love of his life all the way to my home town in England, and I’ve been thinking a lot about some of the funny, and unfortunate words and phrases that have put us in a pickle over the years. Perhaps no story is as glorious as my father meeting my American boyfriend, not for the first time, but for the first time as my boyfriend. My dad asked him if he had seen my collection of rubbers yet, at which Ben’s face turned sixteen shades of red, and my dad laughed as loud as he has ever laughed before or since. A rubber in England is an eraser, I have a collection of erasers, for erasing pencil marks. But of course my dad knew that this is not what my 19 year old American boyfriend would think. I knew it was coming of course, and it was as funny as it sounds.

Over the years since I left England, I am sure many of the colloquialisms have changed. Just as I am sure that some of the ones I use frequently are confined to those of us who grew up in the 90s, as part of the Blur vs Oasis battle, Leonardo DiCaprio loving, beginning of Friends years. Here is a titchy list of some of the words that might get you into some grief once international travel resumes.

While “awesome” can still be heard across the pond, you are more want to here “brill.” Short for brilliant, it is generally what Brits who lived through the 90s as teenagers use instead of “Awesome,” though it is recognizable by all ages. Be warned, we still use “Way/No Way” as often as if Wayne’s World was released last week. In Maine we might describe this as Wicked Good.

Unless you plan on actually taking a bath, should you need to use the facilities you are going to need to ask for an actual toilet, not the room that contains it. In the UK the toilet is not only the thing itself but also the room it is in. Yes, a toilet is a toilet in both America and the UK, but if you are looking for a public one to use and ask for a washroom, bathroom, or restroom, you are going to get some funny looks. You might also need the loo, the lav, the bog, the privy, or the WC depending on where you are, and who you are talking with.

On the blue side, cursing is a little different across the pond. We don’t use swear words with quite the frequency that Americans do, and find them a tad more offensive. For a start we find that we can be sufficiently funny without them, whilst a lot of American humor believes it can only be funny when blue. I was the only person in the cinema for Harry Potter and the Goblet of Fire who gasped out loud when Ron told Harry to p*** off. My husband still remains confused as to which swears are likely to offend and which not. Absolutely do not use the word fanny. It’s more appropriate synonym in the UK is See You Next Tuesday, and we call fanny packs, bum bags. So have fun with that one.

If you are looking to eat or drink in the UK, you will need to get a few things straight. Firstly, you won’t be getting Peanut Butter in anything so don’t even ask. If you ask for tea, you won’t be given twenty different choices, you will just be handed a black tea and asked about milk or sugar. Though to be fair Starbucks in the UK do still offer a plethora of choices. If you want chips you’ll need to ask for crisps, where if you want fries you will need to ask for chips. If you ask for Jelly you’ll get Jello, but if you ask for Jello you’ll get a funny look. If you want an Eggplant based meal you will need to learn how to say Aubergine, and if you want Zucchini you’ll need to remember that it’s a soft “g” in Courgette. Cookies and biscuits will probably always flummox you, just eat it, you’ll like it.

When applying for a job, you are going to want to dispense with your resume and turn in your CV or Curriculum Vitae (Latin for “course of your life”). Which brings up some typographical notes, that parentheses are brackets while brackets are square brackets. If you want to emphasize (or emphasise) something, you will need to say “full stop” instead of “period.” Side note, if you are on your period, you will need sanitary towels instead of pads. Tampons are tampons wherever you are.

If you need to refuel a vehicle, you will need petrol from a petrol station. If you are a pedestrian you will be walking on a pavement or path instead of a sidewalk. You also won’t ever cross at a crosswalk. You will always use a crossing, most likely a Zebra crossing (and you are probably pronouncing Zebra wrong), but you can also find a Pelican crossing.

If someone tells you they are at college, they will most likely mean they are in 16-18 year old education that is separated from a Senior/Secondary School (High School). We don’t use college for university, unless you are at a university that has colleges.

Basically, we have a beautiful, complicated language, that occasionally likes to have fun with people who might not understand us! After almost twenty years of marriage I still say things that shock hubby. Some things still make him laugh no matter how many times he hears them, like when I say it’s not even big enough to swing a dead cat in here. Some things are completely brand new, like asking him where his cozzie is. The vernacular can get you in a lot of trouble, even when it’s just a matter of pronunciation, but can also be a lot of fun. Just ask me where our local Pawn shop is.

Click through to read all of “Speaking in the Vernacular…Colloquially of Course” at GeekMom.If you value content from GeekMom, please support us via Patreon or use this link to shop at Amazon. Thanks! 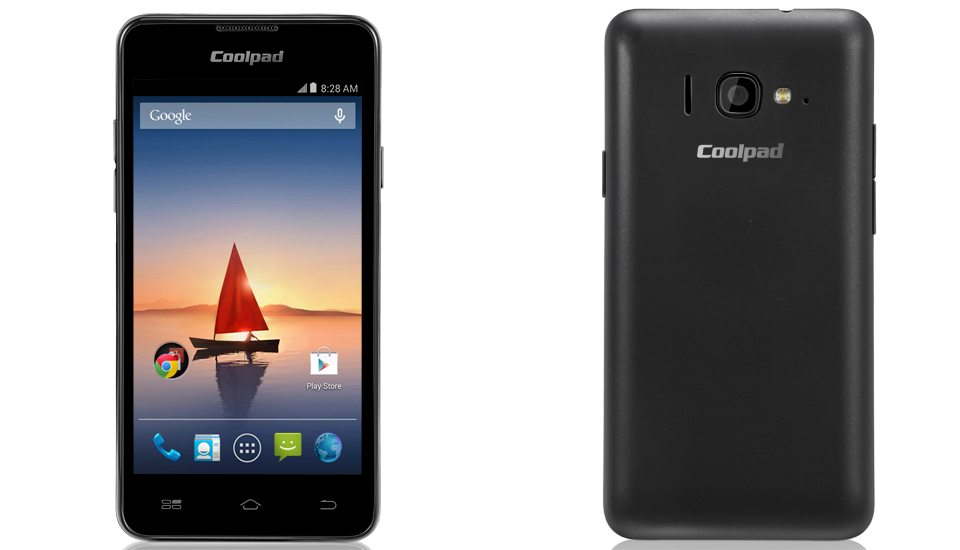 Testing Out the Coolpad Arise and Freebie Phone Service