On Thursday, March 6, 2014, Southern California’s CAPS, the Comic Art Professional Society, will launch an ongoing series of eBay auctions of original comic art. Its goal is to raise funds for medical care for Sharon Sakai, the wife of respected cartoonist and longtime CAPS member Stan Sakai, creator of the samurai rabbit Usagi Yojimbo. Sharon has been battling a debilitating brain tumor for some time; after an extended hospital stay and convalescence, she is currently at home, but her condition requires 24-hour care and medicine that costs more than the Sakai’s insurance covers. 100% of the proceeds of these auctions will go directly to Stan and Sharon Sakai to help pay their ongoing medical expenses.

Full disclosure: Stan and Sharon Sakai are friends of mine. We generally have a policy of not promoting our own projects on GeekDad, and since I’m a CAPS member (and currently the group’s treasurer), I’m very much involved in this project. But since it’s a benefit for my friends, I’m going to go ahead and promote it.

Several years ago, my friend Scott Shaw! invited me to a local restaurant where a group of cartoonists meet for lunch every week; it was there that I met Stan Sakai. Not too long after, I joined CAPS, a Los Angeles social and networking group for cartoonists. It was at a CAPS meeting that I met Stan’s wife Sharon and their children, Hannah and Matt. Hannah later joined my youth archery program, and when Matt did his Eagle Scout project, he built benches and bow-racks for the archery range. They are a wonderful family; some of my favorite times at the San Diego Comic-Con have been spent hanging around Stan’s booth, joking and laughing with Sharon while our kids were off running rampant through the convention center with another half-dozen cartoonists’ children. 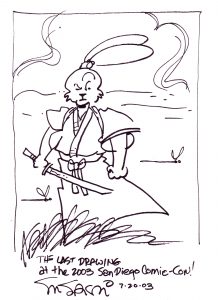 Here’s a little story to show you why people like Stan Sakai so much. Before I knew him, in 2003, we were at Comic-Con, and my then-seven-year-old daughter was collecting sketches from every cartoonist she could find; it was the end of the last day when she got to Stan. He gently explained to her that he wasn’t going to do any more sketches that day. She reached into her pocket and pulled out a $1 coin and said “aw, come on, I’ll give you a dollar.” Stan looked surprised and said “is that one of those Sacajawea coins? I’ve never seen one of them.” She gave him the coin, and he used this as an excuse to change his mind, took her sketchbook and sat down to draw the illustration you see to the right.

A few years later, Sharon was diagnosed with a brain tumor; after treatment, the tumor’s growth was halted for several years, coming back with a vengeance recently. The tumor is benign (meaning it’s not cancerous), but its location puts pressure on the nerves, causing impaired function of the left side of her body; the weakness left her vulnerable to infection, resulting in an extended stay in the hospital and a convalescent care facility. Now she’s back home, but requires 24-hour care, and the associated costs are more than their insurance covers. A couple of months ago, a few of his fellow CAPS members asked if the organization could offer some assistance, Stan agreed, and the result is this series of auctions.

The CAPS auctions will be conducted through eBay.com beginning on Thursday, March 6, with a new set of auctions every following Thursday. Each auction, sold under the seller name of “CAPSauction“, will be ten days in length with twenty to forty items in each set of auctions. The donations of original artwork and collectibles (including newly created art unique to this event, vintage comic book pages, comic strips, illustrations, animation art, limited edition statues, and IDW Artist’s editions books) number over three hundred with new items arriving every day.

Many of the pieces featuring Usagi Yojimbo will appear in a new oversized hardcover book from Dark Horse, The Sakai Project: Artists Celebrate Thirty Years of Usagi Yojimbo, which will be released on July 23, 2014. All proceeds from this book will go to Stan and Sharon Sakai. Much of the custom Usagi Yojimbo art created for this book will also be sold as a part of CAPS’ online auctions.

These fund-raising auctions will be promoted through ComicArtFans.com, and the CAPS – COMIC ART PROFESSIONAL SOCIETY Facebook page where you will be able to see updated information such as when certain pieces will be auctioned.

If you wish to donate to assist the Sakais, you can contribute through Paypal; send donations to treasurer@capscentral.org. Be sure to note that it’s for the Sakai Fundraiser. 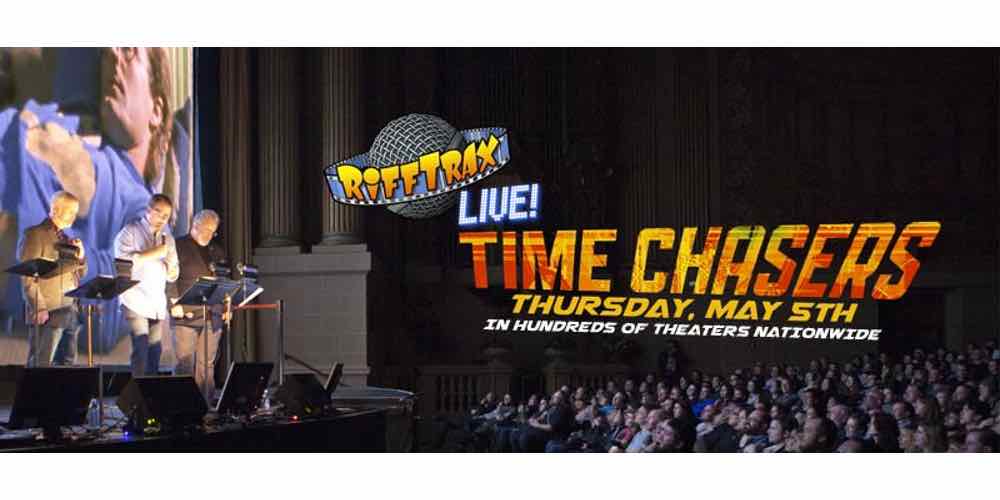