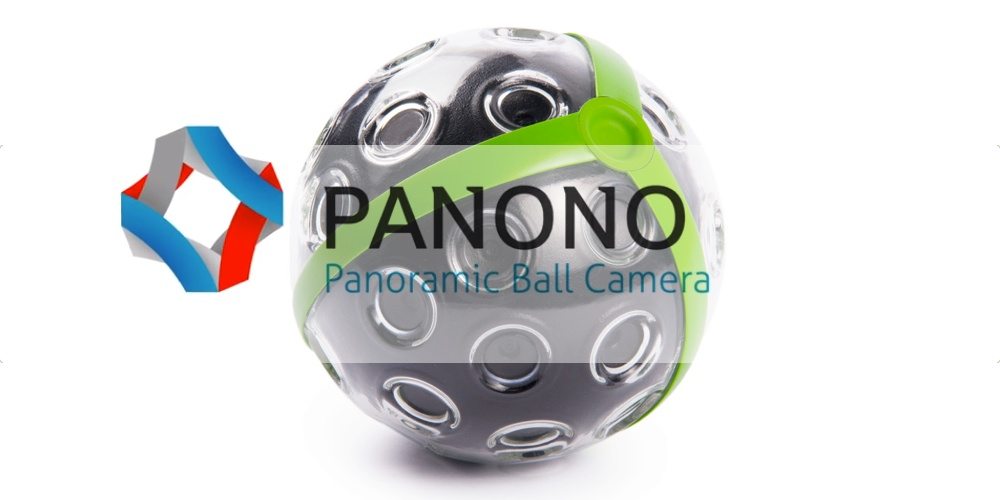 The Panono Panoramic Ball Camera is a 108-megapixel throwable camera — a sphere with 36 integrated, fixed-focus cameras that fire together to capture 360-degree fully spherical, high-resolution images. Think of it as a personal Google Street View camera, but smaller — it’s just under 4.5″(11cm) in diameter and weighs 0.66 pounds (300 grams).

Taking a picture with the Panono is as simple as throwing it straight up into the air. When it reaches the highest point (it has an accelerometer that will detect when he device is about to come back down), all 36 cameras are triggered simultaneously to capture “everything in every direction.” The result is a high-resolution, spherical panorama.

The camera’s internal flash memory can store about 400 images, but it’s designed to send images to your smartphone or tablet via Wi-Fi or Bluetooth. From there you can view your panoramas with the free Panono app (both iOS and Android are supported), which you can use to pan around the picture, exposing every angle of your shots by moving your device. You can download these apps now to view a few of the images that were taken with a prototype version of the Panono. Give it a try — it’s pretty cool.

You can also send your photos to the free Panono Cloud and view your images on the web.

Now if you don’t want to risk losing or breaking your camera (during one of those indulgent-but-thrilling edge-of-the-cliff selfies, for example), you can also put the Panono on a monopod or just hold it in your hand and trigger it with a button.

The Panono is expected to be available in September 2014. You can pre-order one through Indiegogo for $499 ($100 off the future retail price) or $564 for the “Deluxe Mega Deal,” which includes the camera plus a cushioned pouch, a carrying case, a handheld stick, and a tripod adapter. Right now there are two color options — black or green — but another will be announced if a stretch goal is attained.

The good news is the funding goal has already been achieved, having reached $1,105,863 as of this writing (topping the target of $900,000), so Indiegogo extended the deadline to January 11 — which means you still have a few more days to reserve your own Panono.