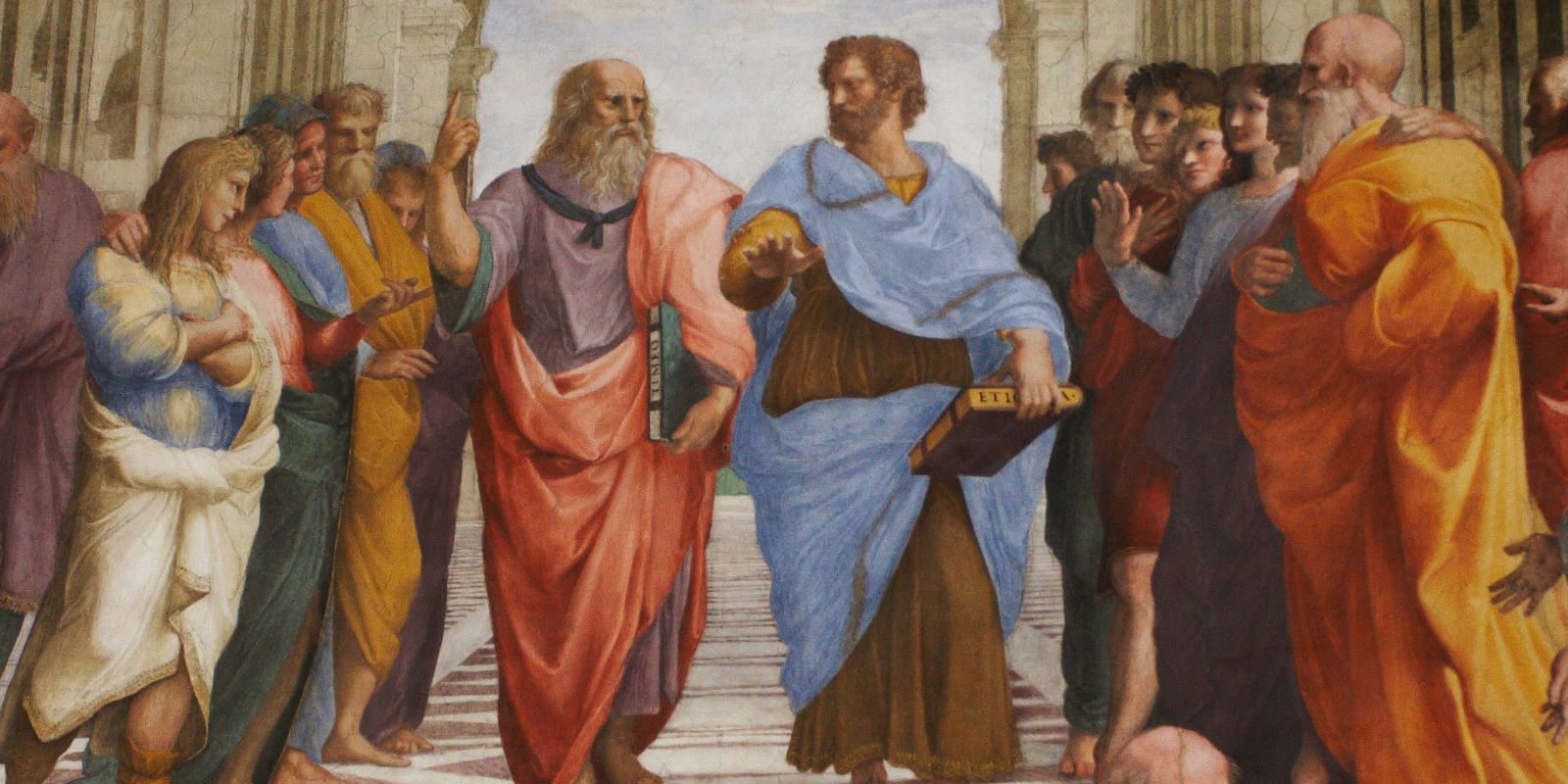 Geek culture is forward-looking to a degree unparalleled in almost any other subculture.  Geeks tend to live in the future or, at the very least, the cutting edge of the present.  Yet like all peoples we have our forefathers and mothers.  It’s important that we remember such people because their stories tell us much about ourselves.  Talking about the past is one of the key ways that every culture transmits its values, and it seems appropriate that a website dedicated to raising geek generation 2.0 should reflect on the lessons that geek history can teach us and our children.  In recognition of our oft-neglected past, I have decided to initiate a number of posts about great geeks in history.  The final number will depend on both my patience for the project and the reception I get from Geek Dad readers, so please let me know if you find it worthwhile.  My first subject is Aristotle, the man who in many ways invented empirical thought.

Before I get into the life of Aristotle, a note on definitions is in order.  I am using “geek” as a term to describe some people who lived far before the etymological origins of the word.  Thus I am using the term as shorthand for people who, like geeks today, were concerned with advancing the frontiers of human thought and whose ideas in some ways transcended the time they lived in.  They are people whose contributions laid the foundations for the great scientific, creative and philosophical achievements of our own time.

If modern science and philosophy has a cornerstone, Aristotle laid it.  He was much more than what most modern readers associate with the term philosopher.  Imagine if you can a professor that teaches biology and theater, poetry and politics, physics and ethics.  Imagine a man who can write profound reflections on metaphysics and reason while simultaneously conducting zoological studies so accurate that many of his observations and conclusions about the natural world were unsurpassed until the invention of the microscope. Many scholars have described Aristotle, with little exaggeration, as the last human being that knew everything there was to know in his time.

But who was this man, other than a collection of accomplishments, and what makes him worthy of being called the first geek?  Aristotle was born in 384 BC and, as with most figures of such antiquity, the biographical details of his life are sketchy.  Orphaned at a young age, Aristotle travelled to Athens at the age of 17 to join Plato’s Academy.  The Academy was not a modern degree granting institution with a formal curriculum, but more of a debating and philosophical discussion society in which the students and masters participated in an ongoing dialogue about, well, everything that interested them.  Aristotle simultaneously excelled and stood apart at the Academy.  In an environment built around the belief that universal truths could be drawn from a dialogue about fundamental ideals, Aristotle had a funny notion.  He believed that certain types of knowledge could only be obtained through observation and experimentation.  He also had a penchant for shunning discussions in favor of spending time alone working through problems to a degree that his contemporaries considered odd, obsessive, and antisocial.  In other words, he stood as a geek even at the finest school of the intellectual capital of the world.

Aristotle’s greatest achievement stemmed from his disagreement with his old master, Plato.  Plato’s vision of the world represented the highest refinement of the ancient belief in abstract, perfect truths that could be reasoned out in every field of knowledge by an exercise of pure logic.  Aristotle, by contrast, articulated a worldview based not on perfect theoretical forms, but on the practical, concrete, and changeable forms of the world as it observably exists.  He was more concerned with gathering and applying knowledge within to the actual, ever-changing world than with obtaining transcendent knowledge of unchanging theoretical ideals.  Aristotle was, in short, an empiricist.

Perhaps because of Aristotle’s disagreements with Plato’s teaching he chose not to stay on at the Academy after Plato’s death in 347.  Instead he spent several years in Asia Minor, traveling, marrying, writing and making observations of flora and fauna.  In 343, Aristotle accepted an invitation from Philip, king of Macedonia, to tutor his young son Alexander.  Little is known about the details of Aristotle’s tutelage of the future world-conqueror, or if his personal relationship with Alexander.  Nor is it known for sure what motivated Aristotle to take the job.  Perhaps it was the opportunity to pursue his research under the protection of the most powerful state in the world or perhaps it was the opportunity to influence a future leader.  A simpler explanation is that Philip promised to restore Aristotle’s hometown, which Philip had razed during a prior round of conquest.  Whatever the reason, the most powerful man of the age was Aristotle’s student.  Alexander would go on to conquer much of the ancient world and, in so doing, spread Greek philosophical thinking so widely that it became the de facto foundation of all subsequent western thought.

Although Aristotle’s tutelage of Alexander is perhaps the most exciting chapter in his life, it was of course his writing that most influenced the future.  After Alexander succeeded King Philip and set out to conquer the world, Aristotle returned to Athens, founded his own school, the Lyceum, and for 13 years concentrating on teaching and writing.  Incredibly, the existing works of Aristotle, which became the most studied works of science and philosophy for almost two thousand years, were likely not his best work.  They were lecture notes never intended for wide consumption and are thought to represent only a small fraction of his writings.  His polished works, actually intended for public consumption, have been lost.  Aristotle ended his life in exile after being accused of “impiety,” probably as a result of the political fallout of the death of Alexander, and forced to flee Athens.  He died in 322 BC.

Aristotle’s few surviving works, his lecture notes, became the foundation of empirical thought in western civilization.  Although Aristotle was almost certainly not the first person to think empirically or conduct scientific experiments, the importance of his rejection of Platonism and his ability to articulate an alternative worldview cannot be overstated.  Platonism has its place in purely abstract fields like mathematics, but it is not a worldview that could have produced the practical scientific and technical marvels that have characterized humanity’s rise for the past 2400 years.  Virtually every technical achievement since the days of Aristotle, from the water wheel to the moon landing and beyond, was made possible by empirical thought.  One could not simply have reasoned out the airplane or the integrated circuit out of theoretical principles.  The only way to gain such knowledge was through centuries of observation and experimentation accumulating knowledge about the workings of the real world.

Although much of Aristotle’s work, notably his astronomical theories (e.g. celestial spheres in a geocentric universe), seem laughable to the modern mind, his approach to inquiry is what made it possible to disprove his particular conclusions.  As Martin Heidegger once wrote: “Without Aristotle’s Physics there would have been no Galileo.”

Every geek owes a debt to Aristotle, and to the spirit of inquiry he gifted to everyone that read his works over the ensuing millennia.  We may never know the full story of this orphan boy who somehow became the greatest intellect of his age, and historians will debate the details of his life for millennia to come.  But we can remember him, and continue to question the world we live in.