Happy Comic Release Day! Welcome to another installment of GeekMom Comic Book Corner, where we recap our adventures in comics for the week. Corrina looks over the special expanded edition of Detective Comics #27 and finds it far too cynical, Lisa Tate reviews the comic I, Frankenstein in preparation for seeing the movie based on it, Kelly Knox reviews Dark Horse’s Star Wars #13, Sohpie dives back into The X-Files, and Dakster reveals her New Year’s Resolution to read 365 comics in 365 days.

Before I go off on a rant about all that is wrong in the world of superhero comics, I need to give this comic some praise. This is an expanded special issue to celebrate the new 52 Detective comic run hitting issue #27, the same issue number of the original Detective Comic run that introduced Batman. This stories started well, with Bryan Hitch’s art in Brad Meltzer’s retelling of the classic “Case of the Chemical Syndicate.” This is some of the best Batman artwork I’ve ever read, especially in a panel where Batman crashes through the skylight of a factory. And the final story of the collection, “Twenty-Seven” by Scott Snyder and Sean Murphy, seems to me to be an instant classic.

But…there are two stories that hit me completely the wrong way. They’re very much in tune with DC’s current concept that all superheroes need a grim and gritty origin to motivate them. In short, the idea is that only tragedy can produce a hero. In one story in #27, Bruce Wayne and his parents survive the infamous mugging. But, alas, without Batman, Gotham falls to ruin, so Batman sees that his parents had to die and he had to be an orphan so that Gotham could be saved. There’s also the beginning of the big new Gothtopia storyline which seems to promise a kinder, happier Batman in a much nicer Gotham city. I knew how this was going to end and so do you.

The idea that only through death can good things be accomplished bothered me so much that I immediately started searching for another story about the Waynes being saved that I remembered from the 1970s. With the help of some friends, I rediscovered one of my favorite Batman tales, “To Kill a Legend,” in Detective #500 by the wonderful team of Alan Brennert and the late, great Dick Giordano. In “Legend,” Batman is transported to an alternate reality and given a chance to either save the Waynes of this world or let them die and thus let this world give birth to its own Batman.

Batman, of course, chooses life. And in doing so, creates the future for Bruce Wayne and Gotham that is seen in the above image. Just think what a Bruce Wayne focused on making a difference without all the trauma of his dead parents could accomplish with his money—and think about what Thomas and Martha Wayne, always one to support a good cause, could do if they lived much longer.

Or I’ll let Daredevil speak for me:

While thinking about my goals for the new year, I resolved to have at least one that has absolutely no bearing on becoming better, but instead is for pure fun. Since I love comic books, I decide I would read at least one comic book a day. Sound like fun? It is and so far this year, I’ve read over fifteen issues simply because the comic book of the day I chose, I couldn’t put down and kept buying more issues on Comixology.

The really nice thing about this goal: no restrictions.

The only rule is to read something in comic book form every day. It could be new, old, borrowed, something I’ve read or even in graphic novel form. And because I’m a spreadsheet geek, I have a Google Drive sheet with the title, publisher, and star rating of each title that I read. Of course, deep down, I would love to read a new comic book every day, but as a busy mom on a budget, that would get expensive and time consuming. For now, I’m happy being able to squeeze in 15 minutes for a comic book regardless if it’s new or old.

If the movie seems suspiciously like the Underworld franchise (which has gained a loyal cult following despite being repeated bashed by critics), it’s because Grevioux, also an actor, portrays the recurring Lycan character, Raze. He also co-wrote the story for Underworld: Rise of the Lycans.

The graphic novel, however, deserves a second look, as it leans less towards the hip goth design of the movie and closer to the stylized noir of Frank Miller’s Sin City, with the title character being less of a “leading man” archetype and closer to very large, very intelligent and potentially very dangerous private investigator. There are several “classic monster” appearances throughout from Dracula (a crime kingpin) to the Hunchback of Notre Dame.

I can’t say if the movie will live up to the comic, but there is promise in that Grevioux himself helped work on the story for the movie, and he has a part in the film. Even if it doesn’t, don’t let it stop you from trying to get a hold of the original. In the meantime, Grevioux’s prequel comic and movie tie-in I, Frankenstein: Genesis is available through free digital download at Comixology.

The Star Wars saga continues at Dark Horse Comics—until 2015. With the recent (somewhat obvious) announcement that Marvel will be taking over Star Wars comics next year, current Star Wars writer Brian Wood took to Twitter to address what the future holds.

So with seven issues left, is the Force still strong in Star Wars #13? Definitely. Recent issues have taken the focus away from Princess Leia, sadly, but turned the same fascinating lens on Darth Vader. As Vader deals with defeat and humiliation following the destruction of the Death Star, he looks for vengeance and redemption—even if it means defying the Emperor. This week’s issue shows us Vader through an Imperial officer’s eyes, introducing us to Ensign Nanda, who serves as witness to five days in the wake of the Dark Lord’s wrath.

While I appreciate seeing Star Wars from the Empire’s point of view—Nanda’s brief lament on losing friends on the Death Star was thought-provoking—it’s the scene between Obi-Wan and Darth Vader that has stuck with me. It makes complete sense Blue Glowie Obi-Wan would speak to Vader at some point, and thanks to Wood, we get to see it. (My favorite touch in that scene is that Obi-Wan again calls him “Darth,” just as he did in their final confrontation.)

The move back to Marvel may signal the end of the Expanded Universe comics and a new focus on tie-ins to the upcoming films, which would be a loss, especially if that means we’ll never get series like the phenomenal Star Wars again. But for now, I’m with this series until the end.

Issue #8 of The X-Files returns for a brief moment to the show’s ongoing mythology.

The pre-credits opening scene is significantly more disturbing than anything the series has presented us with so far, one of the final panels before the title in particular leaving me feeling deeply uncomfortable. However the violence presented here doesn’t feel gratuitous (certainly in part to artist Michael Walsh’s excellent choices for the scene); rather it serves to spotlight the uncaring nature of the men behind it.

Much of the issue is composed of flashbacks and it’s here we get to see some familiar faces once again. I particularly enjoyed the meeting between two characters who never appeared together on the show. The mytharc returns to somewhat more familiar territory with an appearance from “Purity,” some light is shed on events of season 10’s opening story-line “Believers,” and the final re-appearance of one character is straight out of classic horror. Brilliant. 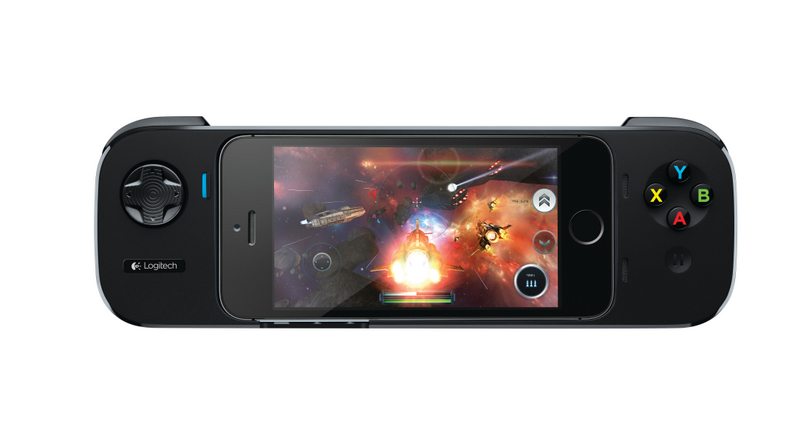 2 Books to Prepare You for The Dark Knight Rises