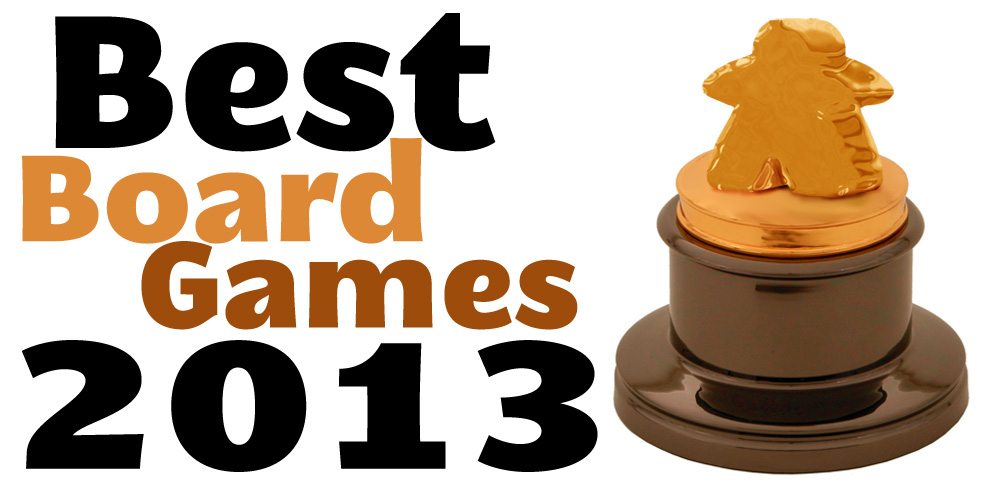 2013 was a fun year of board gaming for me. Kickstarter game prototypes were again a significant portion of my gaming menu, but I did manage to play many others as well. In years past, we’ve generally considered games that were actually reviewed on our site in the calendar year, but that does leave off some really great games, too. So this year we’re widening the net a little—anything that was released in 2013 is eligible, plus we’ll also include those games that were reviewed in 2013 since sometimes we’re a little late to the party.

I’ve already written about my Game of the Year—Pathfinder Adventure Card Game—but here are some of my other favorites. It’s always hard to narrow the list down, but here are my top recommendations. 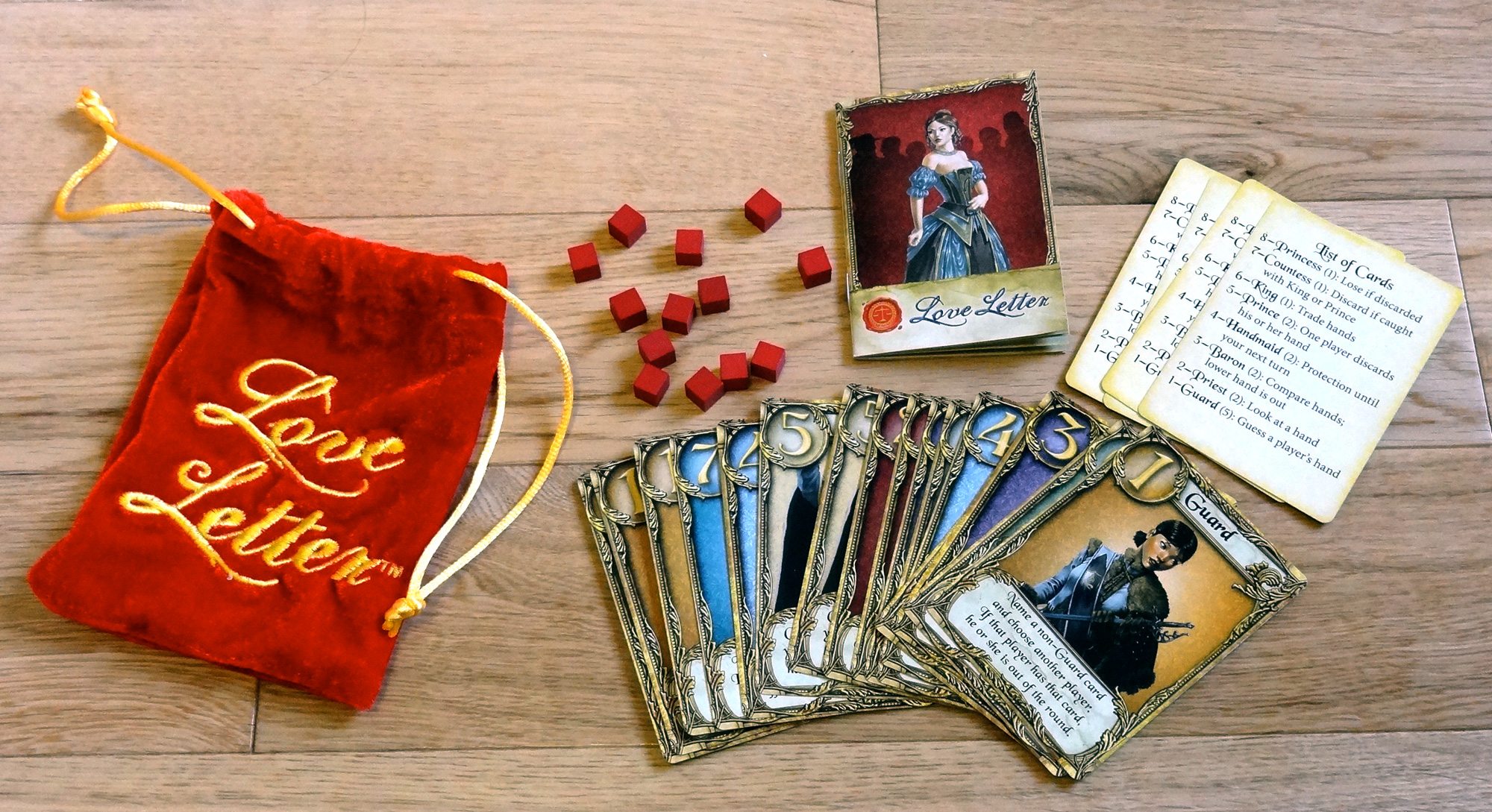 Portable Gaming: Love Letter surprised me with the depth of gameplay possible in only 16 cards. (Read my review here.) It looks like this category may have significantly more competition next year, though.

The More the Merrier: 20 Express may look simple, but it’s simply fun. And while I haven’t tested its ability to go up to 100 players, I can attest that it’s great for a very big group. (Read my review here.) 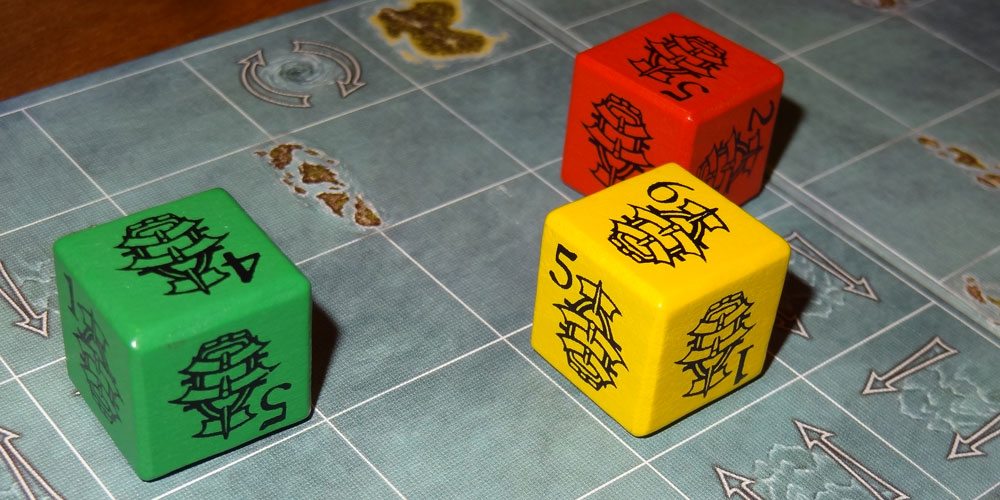 Rollin’, Rollin’, Rollin’: My favorite dice game this year was actually released in 2012, but I reviewed it at the beginning of January. Pirate Dice: Voyage on the Rolling Seas is a fun game of programmed chaos. (Read my review here.) 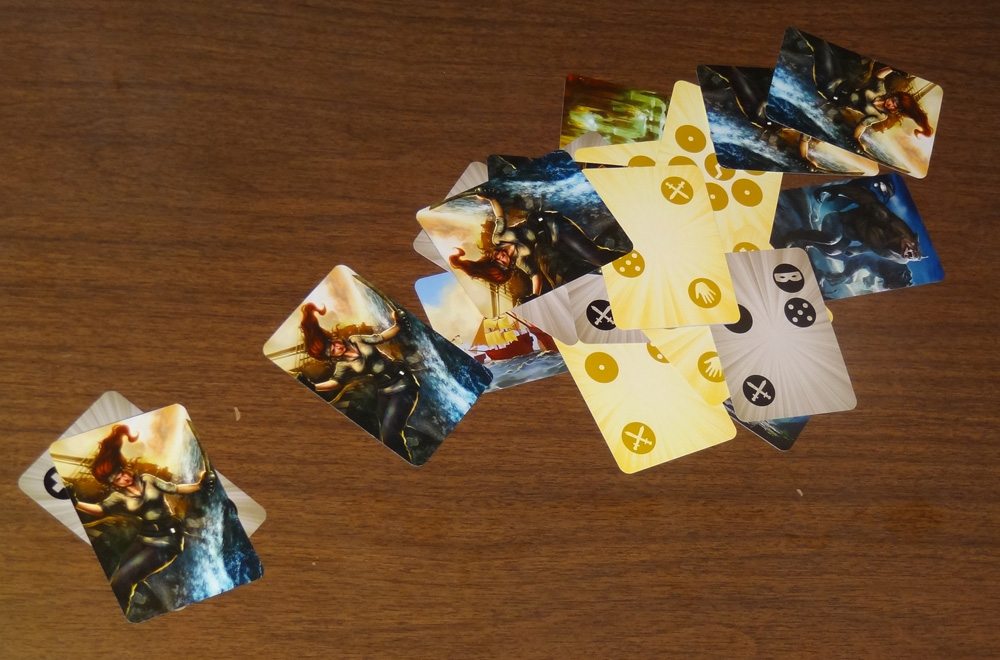 It’s All in the Wrist: I still love dexterity games for their interesting mix of strategy and skill. Most of the ones I’ve played involve flicking things, but Maximum Throwdown involves throwing cards. Hilarity ensues. (Read my review here.)

Kickstarted: Many games I backed on Kickstarter arrived in 2013, but I haven’t gotten to play many of them in their shiny finished forms yet. Two of my favorites are quite different from each other: Viticulture is a worker-placement game about making wine, and Quicksilver is a madcap airship race. (Read Dave Banks’ review of Viticulture here, and my review of Quicksilver here.) 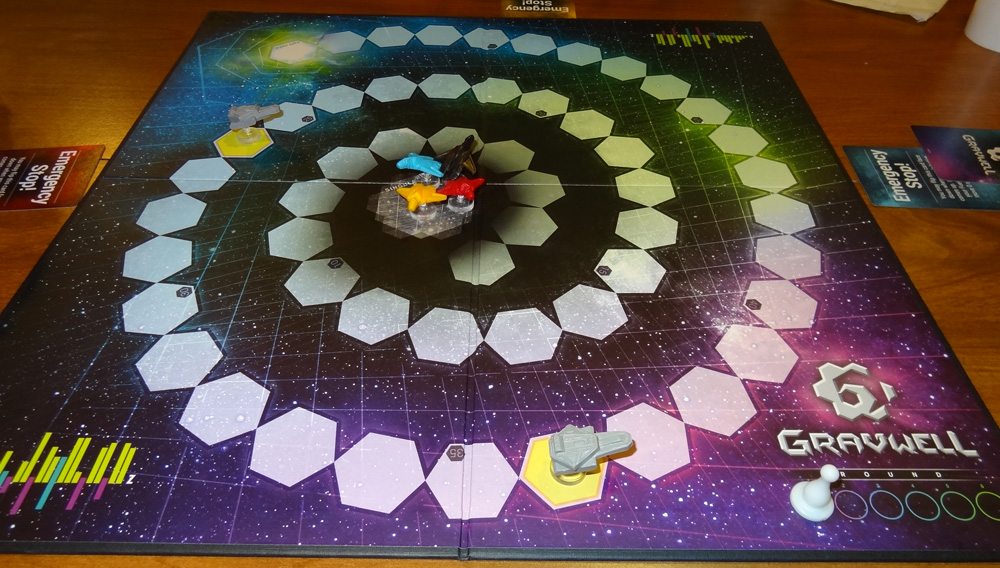 The Wild Card: Gravwell is a bit hard to categorize, but it’s a heckuva lot of fun. It’s not just toying with gravity—it’s toying with your mind, too. There’s some clever strategy behind all that incredulous laughter. (Read my review here.) 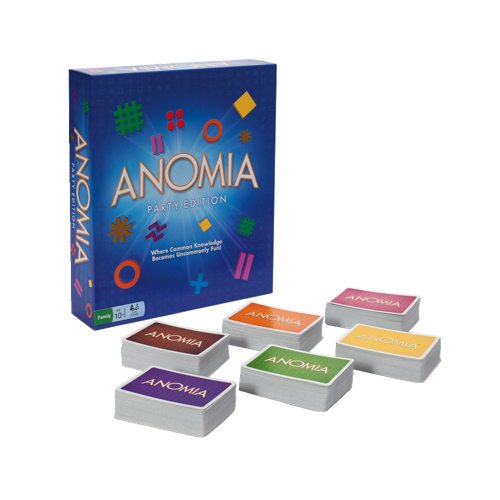 Anomia Party Edition takes the original Anomia and expands play value quite a bit. With six Anomia decks, and even more interesting and clever topics, the newest version of this think-on-your-feet card game will keep everyone entertained on your next game night. It’s great for both families and groups of adults. 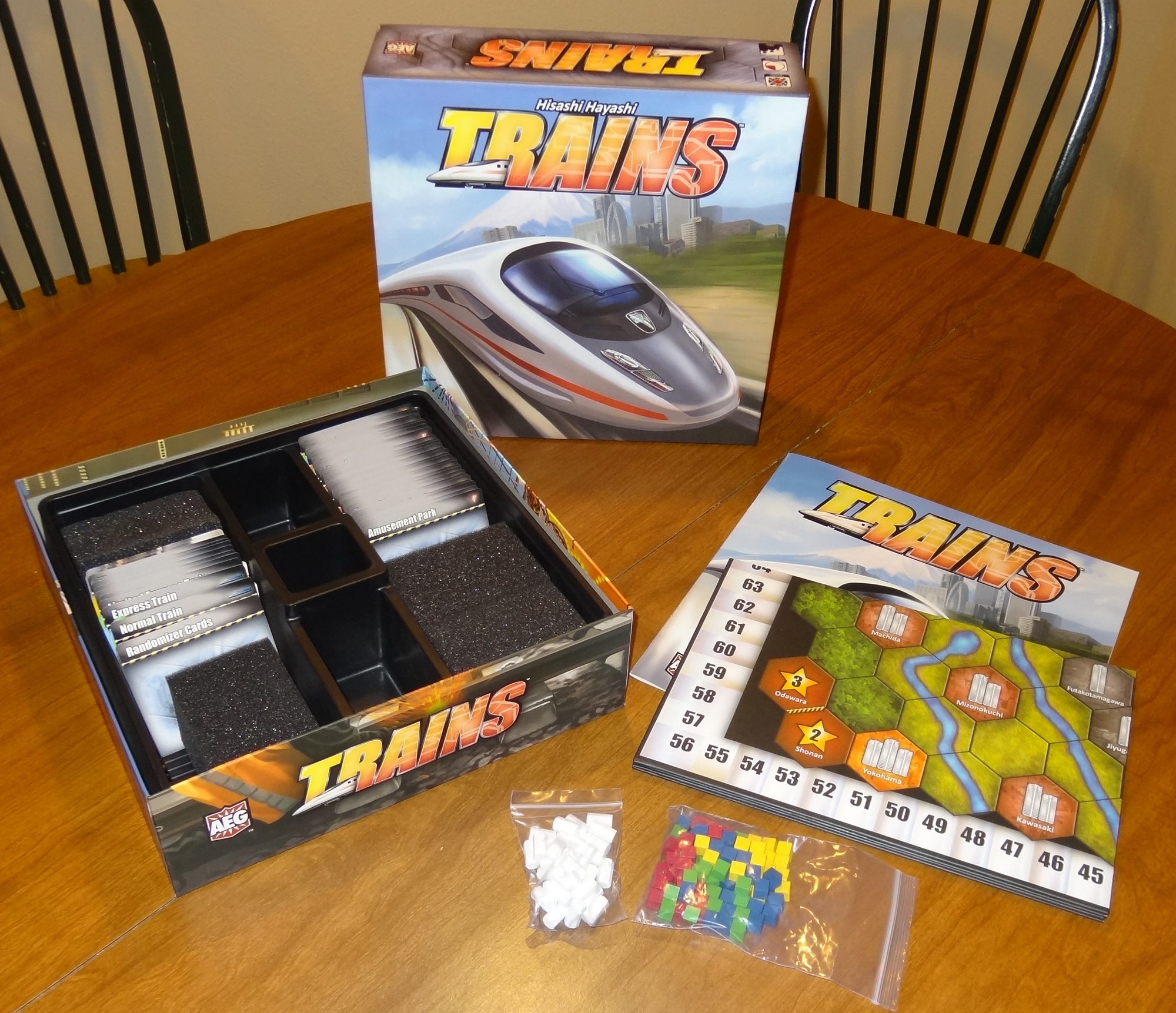 Trains — The board is ugly, some cards need more definition, and it plays so much better with four than two or three, but — despite these flaws — I played Trains more than any other game in 2013. It’s such a great step-up from other deck-building games, with the board encouraging more interaction and better gameplay. I’m excited to see what new games Trains inspires, but more than that, I’m looking forward to expansions to this great game. (Here’s the original review.)

Runners up: Rampage, Robinson Crusoe, all of the fan-made Love Letter re-themes)

Zombicide Season 2: Prison Outbreak — The third installment of Zombicide is a standalone cooperative board game that pits players against an unending wave of the undead. Unlike the original game and its expansion (Toxic City Mall), Prison Outbreak lives up to its namesake as survivors try to make a new home for themselves in the local prison. The replay value on this game is incredibly high and is the top request amongst many of my playgroups. The big bonus with the Zombicide games is that they are all backwards compatible with the other sets and expansions and are designed to be combined, increasing the variety and threat level for seasoned players. 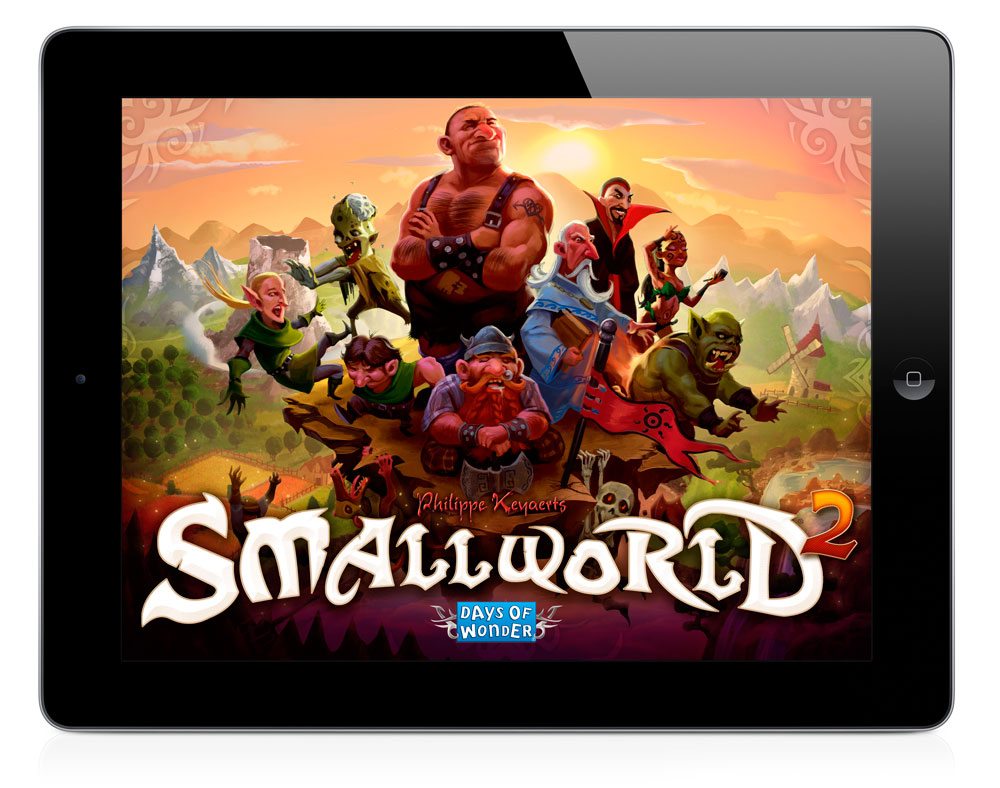 Small World 2 – iOS Tablet Edition — Small World is already a great board game that is easy to pick up and kids as young as 5 have been able to grasp the strategy. As any parent of small children can tell you, game pieces get lost and setting up games with lots of small pieces is a fool’s errand. The iOS port of this awesome board game is fantastic and a huge upgrade from the first tablet iteration of Small World. It supports 4 players with pass-and-play controls (which is absolutely fantastic when mirroring your iPad display on your big screen television using an Apple TV over Airplay). The game also has a number of in-game-purchasing options to pick up your favorite Small World expansions (I recommend starting off with Cursed!). This is sure to be a great game to keep on your iPad as you never know when you have some time to kill (or some pesky Giants or Elves). (Read more about it here.)

Forbidden Desert — This sequel to the cooperative game Forbidden Island throws in new game mechanics, including sand that piles up and locations that shift in the storm. Work together with your fellow players to find all the components of the flying machine, and keep an eye on your water level so you don’t die of thirst! (Read the original review here.)

Well, that’s our list for 2013! Thanks again to all the game publishers and designers who provided review copies throughout the year, and congrats to all of our winners. How about you: what games topped your list last year? 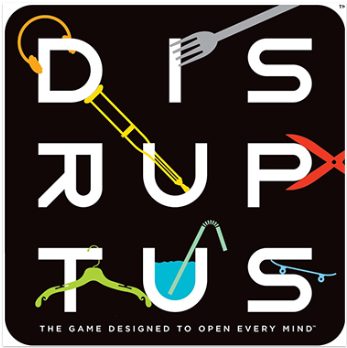 Disruptus from Funnybone Toys — Creativity-Boosting Game Not Just for Adults