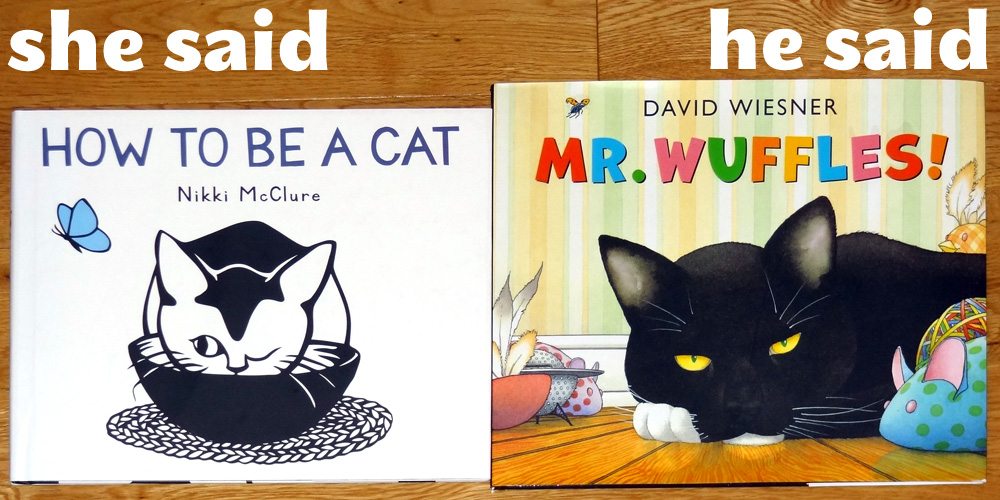 My last Stack Overflow column about picture books prompted a few questions from readers: most specifically, why weren’t there more women on the list? Of the ten books there, one was illustrated by a woman, and the rest were written and illustrated by men. I heard complaints about the Goodreads 2013 list which was “virtually all men” and felt abashed that I had just added to that trend. Author Laurel Snyder has started collecting a list of picture books from 2013 written and illustrated by women, and library consultant “Pink Me” also had a few picture books (by men and women) to add. So, that got me thinking about my list and how I pick books to review, and also about the larger world of writing and publishing. How did my list end up being entirely dominated by male authors and illustrators? Why does it matter?

First, I should note that my Stack Overflow column was not meant to be a “best of 2013” list, despite the timing. (I save my “best of” lists for January, because the year’s not over yet.) It’s simply the first set of many, some of which are grouped categorically. I currently have a stack of about 50 picture books from this year and that was my first stab at shortening the stack. For each of these columns I suppose I could go looking for more books to balance things out, but the main purpose of them is to clear off my already-overflowing stacks, not find more things to add to them.

My opinions are based more on whether I like a story and its pictures than whether it was created by a man or a woman. I often don’t pay attention to the authors and illustrators unless it’s a style I recognize. It wasn’t until I was typing up the names and titles that I noticed there weren’t many women, but by then I’d already grouped all my books.

My next planned Stack Overflow isn’t about picture books, but about aliens. Those are also all written by men, but in this case they’re all the alien books I happen to have at the moment. Another post about comics will have several by women, and the YA column looks like it’ll be mostly women.

In general, I tend to pay more attention to the gender of the characters than the creators. I have three daughters, and they want to identify with characters in books. (I also know that they will not share characters. If there’s a boy and a girl, they will fight over who gets to be the girl. This is silly, but true.) Because of this, I am uncomfortable reading stories in which girls are just prizes for the heroic boys, or supporting characters to the (male) protagonists.

When I ran my series of “Stories About Girls” posts a couple years ago, my focus then was on the gender of the characters, not the creators. A Mighty Girl is a website with curated lists of books, toys, and movies for girls—I believe all of their books have strong female characters, but the gender of the authors and illustrators aren’t a deciding factor. I love having a strong female character written by a woman—we’re currently reading Kate DiCamillo’s Flora & Ulysses, which is a hit—but if I have to choose between reading my daughters a book about girls written by a man and a book about boys written by a woman, I’ll choose the former.

Case in point: the Harry Potter series was written by a woman, and I loved it. But when I got around to reading the books to my daughter, it seemed more problematic that Hermione (certainly the smartest and arguably the most talented) had to play second fiddle to a boy whose main claim to fame was that he didn’t die, thanks to his mom. What did the strong female characters get to do in this series? Well, they helped the boys and men accomplish their important missions—their own missions (SPEW, anyone?) were laughable or nonexistent.

Pink Me mentioned that she’s the mom of boys, and never pays attention to character gender in books—and I’d say that’s the privilege of having sons. Up until I became the father of daughters, I probably didn’t pay much attention to character gender either—because it didn’t matter to me. But once I saw that my kids were going to internalize the stories I was reading them, it mattered a lot more whether the girls in stories were active or passive. It’s something that we don’t worry about with boys, because there are plenty of examples of heroic, active boys.

Some readers felt there is a bias toward men in the publishing world, that men tend to get more promotion, sent on tours, and so on. Since I haven’t actually been to any big book conventions, I have no firsthand experience of this. If I look at all of my review shelves and what I’ve been sent, I do feel like there are a few trends: most of the YA is written by women (and nearly all YA, written by men or women, involves romance). The sci-fi on my shelves (mostly from Tor Books) is predominantly written by men. The comics tend to be split, possibly slightly more men, but I read mostly non-mainstream comics where the genders are more balanced.

Some books I have been sent unsolicited, but I only keep those I think I may enjoy reading. Some are books I’ve requested. Finally, some publishers send catalogs of their upcoming titles, and I pick a few to look at. In those cases, there can be two sources of bias: the titles that the publisher chooses to publish, and the ones I decide I want to read. Right now, I don’t feel I have enough evidence or knowledge of the industry to make an informed statement about publisher bias.

In the end, a lot may come down to personal taste. I’m a 37-year-old guy. Maybe for that reason the picture books I find most appealing happen to be the ones written by other guys. I’m not really fond of Jan Brett’s beautifully illustrated Cinders because, well, I just don’t get the appeal of a chicken version of Cinderella—a story, of course, about how Prince Charming comes and saves our heroine from her circumstances.

There’s also just not enough time. I’d love to have regular book reviews on GeekDad, and not just from me. If we’d been running book reviews throughout the year, I think you’d see more of a balance—plus no single review would have been mistaken for a “best of 2013” list. Unfortunately, we’ve gone pretty much the entire year without any reviews of picture books, making my list look more important than it should have been. But I have too many other interests (board games, for one) and I’ve spent most of this year adjusting to life with a new baby rather than staying caught up on my book reviews. (My current backlog is 591 books.)

That answers the first question: how it happened. But why does it matter? Because there are women writers and illustrators, and it doesn’t make sense to omit them. Because my own daughters love to write and draw, and I want them not to just picture themselves as characters in stories, but to feel empowered to write and illustrate their own stories. Because, really, if I’m not trying to exclude women from the conversation, then I need to put some more effort into including them.

I’m still pondering how exactly I’ll do that. I’m still averse to seeking out additional books to review when I have plenty already. My goal isn’t to add the token female author to each post, but to be more aware when my lists are skewed. But when I’m choosing books to request, I’ll be more attentive not just to the gender of the characters, but also to the gender of the writers and artists. It doesn’t mean that every post will be evenly split but I hope over the long term it’ll be more balanced.

Thanks to the readers for pointing out what should have been obvious! I won’t claim I’ve learned my lesson yet—just that I’m aware there’s a lesson to be learned. 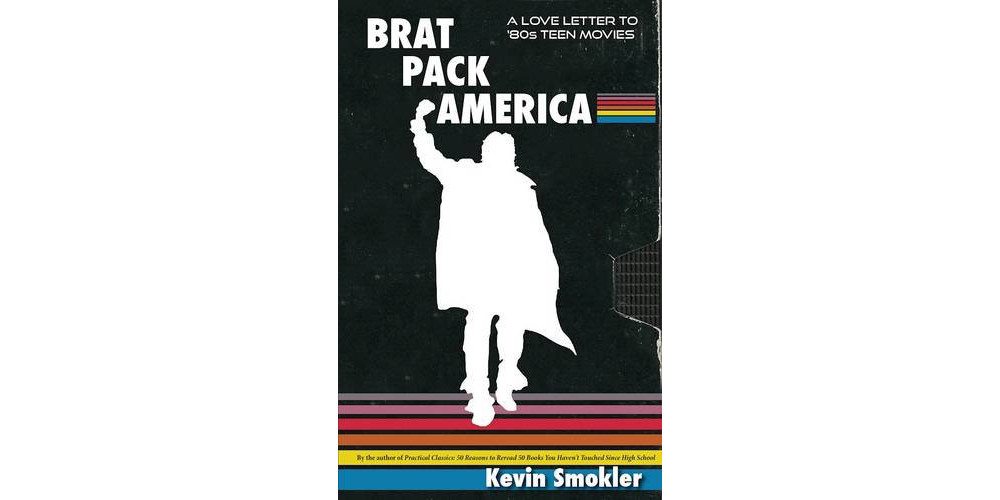 All You Need for Christmas Are the GeekDad Books

10 thoughts on “Where Are the Picture Books by Women?”