The LOTR Project is serious — OK, crazy — about Tolkien.

They’ve been quite busy charting, mapping, graphing and family-treeing (yes, this can be a verb) all the creatures and places populating Middle-earth, and all the trends and stats you can possibly measure across Tolkien’s vast world.

The Tolkien fanatics at LOTR Project created a beard-centric “Dwarf Cheat Sheet” to The Hobbit movies. They plotted a sophisticated “Time and Distance” graph showing distance traveled each day by Frodo in Rings vs. Thorin and Company in The Hobbit. They did up a cool Periodic Table of Middle-earth.

With the release of the second Hobbit movie, The Desolation of Smaug, now comes their latest insane project: Six Degrees of Sauron. 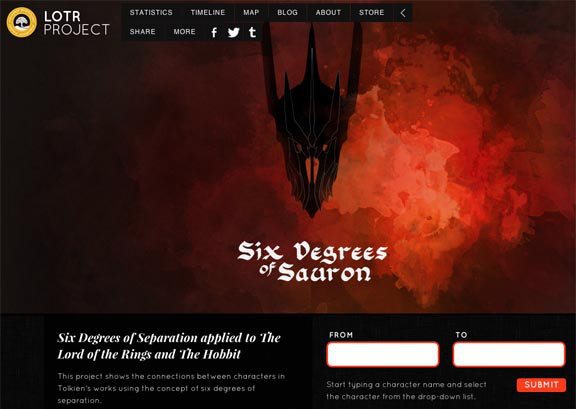 The project shows the connections between characters in Tolkien’s works. Using the app, fans can type in any two characters from Tolkien’s career-long legendarium and get a text representation of the chain of who-knows-who. The Six Degrees of Sauron database includes characters from The Lord of the Rings, The Hobbit, and The Silmarillion.

“Many people are familiar with the theory Six Degrees of Separation or the related game Six Degrees of Kevin Bacon. The theory is that each person is separated from any other person in the world by no more than six hops,” said co-developer Henry Herz, a Tolkien fan who also writes fantasy and sci-fi books for kids with his two young sons. The Hobbit and The Lord of the Rings were the first books (after Where the Wild Things Are) that really transported him to another world, he said. “Since his writings feature an enormous cast of characters, we thought it would be fun to apply Six Degrees to Middle-earth.”

Six Degrees of Sauron is sort of a historical Facebook for Middle-earth, if you will.

In this example, we see how even an obscure character like Ar-Zimrathôn (don’t ask) is related to Sauron:

Or, how Ar-Zimrathôn might be connected to Hamfast “The Gaffer” Gamgee:

This sort of thing is useful if, say, you’re Bombur, and you want to get into a Mordor nightclub. Geez, you think to yourself, I once met Elrond, and Elrond knows Sauron, so maybe I can sneak my way into The Tortured Horse — on a Monday, that is, and only if I come with a hot she-orc dressed in spikes.

Lord of the Rings Project is the brainchild of Emil Johansson, a Chemical Engineering student from Gothenburg, Sweden, who is also a huge Tolkien fan.

“The site started out as a family tree of characters from Tolkien’s work,” said Herz. “Since then it has grown to become something much larger.” He said the mission of LOTR Project is to encourage people to explore Middle-earth.

But, Herz warns us, be careful. “The Dark Lord is closer than you think!” 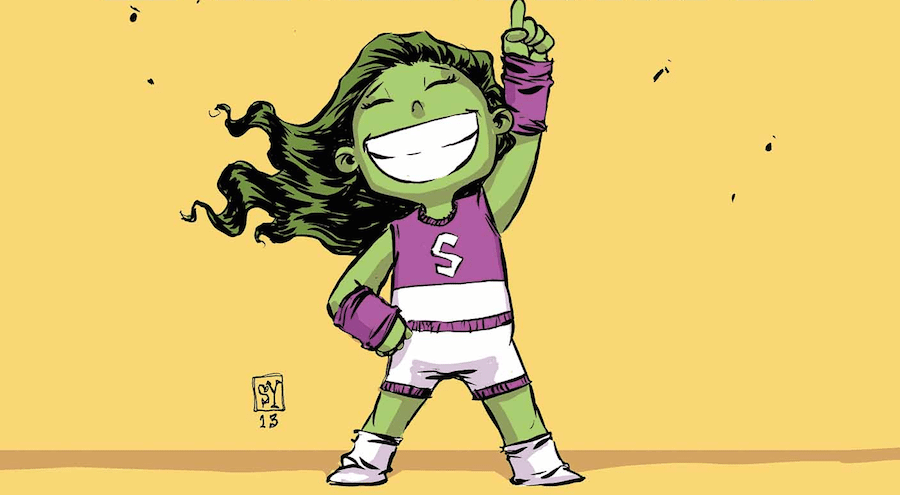 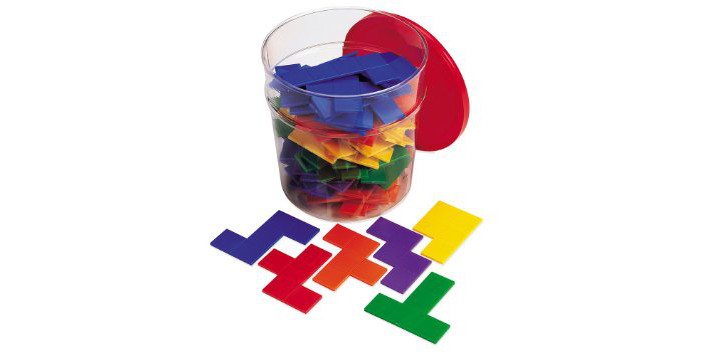 The Fun Versatility of Pentominoes