Our son is 26 months old and a complete native when it comes to touch screen use. We finally broke down and got him his own iPod Touch over the summer so that we could liberate our phones from his cheerfully grasping hands. This has the bonus effect that everything on it (and on an old original iPad) is locked down, in-app purchases disabled, and every app on it is age appropriate. So now the challenge is keeping it up to date with apps that are interesting to him as he masters old ones. Two perennial favorites are Endless Alphabet and BeBop Blox by Originator.

But the latest mega-hit in our household is Wee Rockets by Wee Taps.

This is a super simple game with no text or dialog. In the first screen you see an astronaut (human or alien), dreaming of a spaceship. Then you get the spaceship design screen seen in the screenshot to the right. There are five elements in each spaceship (rocket nozzle, fuselage, port hole, nose cone, and astronaut), and four options for each that the child can choose. This can lead to some awesome looking rockets! Then there’s a liftoff screen where the child pushes the button followed by a visual countdown and rocket launch.

There’s a simple space game where the rocket flies through an asteroid field. The object is to avoid the rocks and pick up little alien critters and planets, but there’s no penalty for hitting the rocks and my son loves the “boom” sounds the asteroids make when the rocket hits them, so at the moment he steers for the rocks enthusiastically. When the spaceship crosses the finish line, you get some “Tada!” music and a screen of the passenger alien celebrating all the alien critters and planets that were collected. Then it starts all over.

It’s so simple that I figured my son would get bored with it easily, but it’s been his favorite for over a week. Each screen has different music, and the design screen has guitar music that sounds a bit like the Seinfeld opening. I’ve been hearing it so much that I feel like I’ll never forget it—luckily, I don’t find it annoying. He enjoys it on both the iPad big screen and on the Touch’s small screen.

It is super easy to play, needing almost no parental intervention to get started. And a full round of play is short enough that it’s easy to wait for him to finish before I need him to do something like eat dinner or get dressed. I’m hoping that this will be a good introduction to some of the more sophisticated build-and-design apps that I’m eying for when he gets older. I can’t wait to watch him play them!

There is also a Wee Subs app from the same developer, and I’m saving that one for when he gets bored with this one. It looks like that might be awhile! All in all I feel like Wee Rockets was $1.99 well spent. 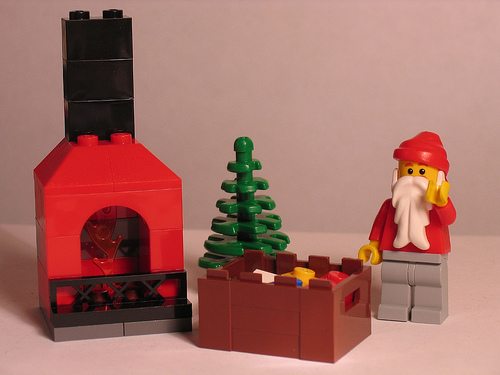