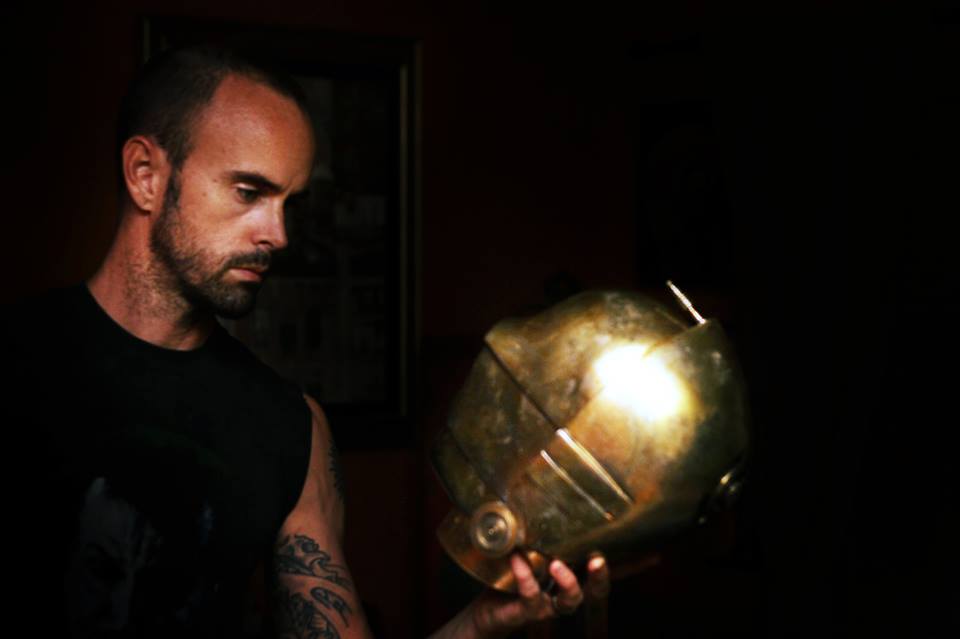 Editor’s note: After a successful inaugural year with over 1200 events across North America, Star Wars Reads Day strikes back again today. GeekMom is getting into the celebration with a focus on Star Wars books.

When I heard that Ian Doescher was converting Star Wars: A New Hope (aka Star Wars Episode IV) into a Shakespearean play, I had some doubts about how good it was going to be. My fears were put to rest when I learned that Ian is both a fan of Shakespeare and Star Wars, and I was no longer afraid that this would be just another parody. After I got my hands on a copy of William Shakespeare’s Star Wars, though, I was surprised at how much actual Shakespearean history Ian was able to add to Lucas’ original screenplay.

To start, let me tell you that I didn’t pick this up to critique Ian’s use of language or his inclusion of things like asides and exits. I picked it up because it looked fun to read and I was curious to see how true Ian could stay to the original screenplay. Personally, I think that Ian did a nice job of staying true to Lucas’ original story arc, while simultaneously adding in references to Shakespeare’s original works. I’ll be the first to admit that I didn’t catch every Bard-based allusion on the first go-round, but there were plenty that were obvious even to my ears.

For instance, do you hear a little Hamlet in this line from Obi-Wan?

“Seems young one? Nay, thou didst! Think thou not seems.”

Or, perhaps, some Mark Anthony in this opening exhortation from Luke?

Ian did more than just add in subtle references to Shakespearean plays, however, he also used some of Shakespeare’s favored literary devices, including fables. A long time ago in a galaxy far away, Shakespeare apparently used fables to help shed light on various events at hand. Ian did a nice job including a few of these without making the reader feel as if he were abusing the Star Wars canon—his additions actually belonged in the Star Wars universe and made sense in the scenes they were in.

Of all the scenes in Star Wars: A New Hope, the ones I was most interested in reading were the battle scenes. By using a chorus during these complicated moments in the story, much the same as Shakespeare employed in Henry V, the story flowed nicely, with words and rhythm ably complementing the action at hand.

Something I personally found to be tremendously helpful in reading and understanding William Shakespeare’s Star Wars was the 19-page Educator’s Guide I discovered on the Quirk Books website. The Educator’s Guide gives a very nice overview of all the references to Shakespeare’s plays, as well as tips on how to interpret and understand the language.

One tip I found to be particularly helpful was to read the play out loud with a group of friends. Not only was reading the story more entertaining this way, understanding the language and the motivations of the characters became easier too.

Another great comprehension-aid for me was the wonderful art by Nicolas Delort. It was amusing to read through and see various scenes re-enacted in a Shakespearean manner with the characters costuming straddling a line between Elizabethan and Lucasian. My favorite image in the story was of Luke, holding up a stormtrooper helmet a la Hamlet and Yorick, as he acts out that most famous soliloquy:

Alas, poor stormtrooper, I knew ye not,
Yet have I ta’en both uniform and life
From thee. What manner of a man wert thou?
A man of inf’nite jest or cruelty?
A man with helpmate and with children too?
A man who hath his Empire serv’d with pride?
A man, perhaps, who wish’d for perfect peace?
Whate’er thou wert, good man, thy pardon grant
Unto the one who took thy place: e’en me.

When all was said and done, I had a newfound respect for the complexity of Shakespeare’s plays, along with a desire to go to my local library and check out some of his original works. If you are looking for a neat way to get acquainted with Shakespeare or you are a teacher whose students are having a rough time accessing the genius of the Bard of Avon, I highly recommend you give William Shakespeare’s Star Wars  a try!

Check out these great pics of my friends doing their best Star Wars Shakespeare poses. To join in the fun and send us a picture on twitter @GeekMomBlog of you #Shakespearing!

Science in Short: (dis)Prove It!