In September 2013, author and podcaster Mur Lafferty was named the John W. Campbell Best New Writer at the  Hugo Awards (the science fiction and fantasy community’s version of the Oscars). The Campbell Award for Best New Writer is given annually to one author who has published his or her first professional work within the past two years. The Campbell comes with its own tiara and a list of previous winners that reads like a who’s who of modern science fiction, including C.J. Cherryh, Ted Chiang, Nalo Hopkinson, Cory Doctorow, John Scalzi, and Elizabeth Bear.

Mur Lafferty has been a presence in the geek community for so long, I can’t imagine it without her. So when she and her daughter (AKA Princess Scientist) agreed to talk to me for GeekMom, I was thrilled. I spoke with them about her new novel, The Shambling Guide to New York City (Orbit 2013), the award, advice she shares with Princess Scientist, and whether she’s pro faster-than-light (FTL) or not.

GeekMom: Congratulations on winning the John W. Campbell Award for Best New Writer of 2012 at this year’s Worldcon! Aside from getting (accidentally) smacked in the face by John Scalzi just after the event, how has your life changed?

Mur: Thanks! Little has changed. I’ve done a few interviews and was on our local NPR show this week, which is exciting. I have, as Mary Robinette Kowal says, a “new first name” and a tiara that so far I’ve only worn while writing by myself. Although I do want to vacuum with it on. Just because. The deep scar from Scalzi hitting me in the face with his Hugo is slowly fading, but the bitter memory remains.

GeekMom: You’ve created an amazing podcast called “I Should Be Writing.” What was the goal behind the project?

Mur: I felt that even though I was nowhere near a pro writer, as I hadn’t even sold anything, I did understand various things in writing, such as how rejections don’t mean you’re hopeless, and how you have to work to get better. I knew a lot of beginning writers who seemed to feel so alone when they felt lost and adrift and have the illusion that everyone’s career was moving faster and along a greased road made of gold and happiness. So I started it to let people know that they’re not alone, that these feelings are normal, that rejection is normal, and writing bad stories, also normal.

Mur: Totally FTL. I just don’t understand people who get mad about this. Without FTL, our space SF is limited to either generation starships or journeys within our solar system. Those stories are great, don’t get me wrong, but they’re not all that you should be able to experience. If you want to call me heretic and say FTL stories are fantasy, not SF, then I’ll say cool, they’re fantasy, now shut up and let me write my fantasy FTL story.

GeekMom: Tell me a little about The Shambling Guide to New York City. How did Zoe’s workplace evolve as you wrote the story?

Mur: Interesting question. I had to think of an easy way to get a light tight building in the city, and a condemned theater seemed the best way. From there I had to populate it, and I didn’t want too many zombies and vampires, so I started reading folklore and mythology and figuring out what other monsters I could put in there. So we have a death goddess/psychopomp, a water sprite, zombies, vampires, and a succubus and an incubus.

Best advice I’ve given her: [When Mom gets jealous of another writer] You should be happy for him/her because think of how bad you’d feel if someone came up, pissed off that you’re doing well. You’re probably going to get up there [succeed] anyway.

GeekMom: Another question for Princess Scientist: If you could ask your mom one question about her work, what would it be?

Princess Scientist: How do you get ideas?

Mur: I get ideas all the time, the problem is trying to decide which ones are worth going after and which ones are not worth my time. The more you create, the more ideas you get.

GeekMom: Which authors have influenced you the most?

GeekMom:  What’s on your To Be Read shelf?

My TBR list is a source of great anxiety for me, especially as I know more authors whose books I haven’t read yet, but they’re there. Books I’m not ashamed to mention: I’m currently in the middle of the Kitty series by Carrie Vaughn, and I’m reading Railsea by China Mieville to my daughter. I am looking forward to Dr. Sleep by Stephen King, and I just got Elizabeth Bear’s new book, Book of Iron.

John W. Campbell Award Winner Mur Lafferty is an author and podcaster from Durham, NC. Her next book, Ghost Train to New Orleans, comes out March 4, 2014. 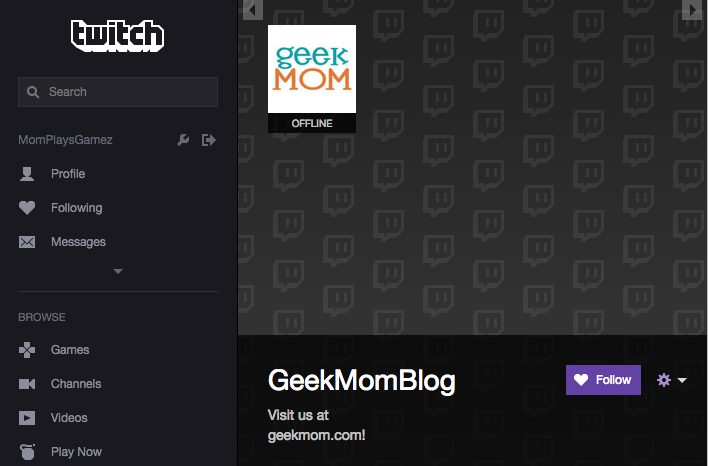 GeekMom Has a Twitch Channel!

‘Show and Tile:’ The Game of Abstract Tangram Artistry