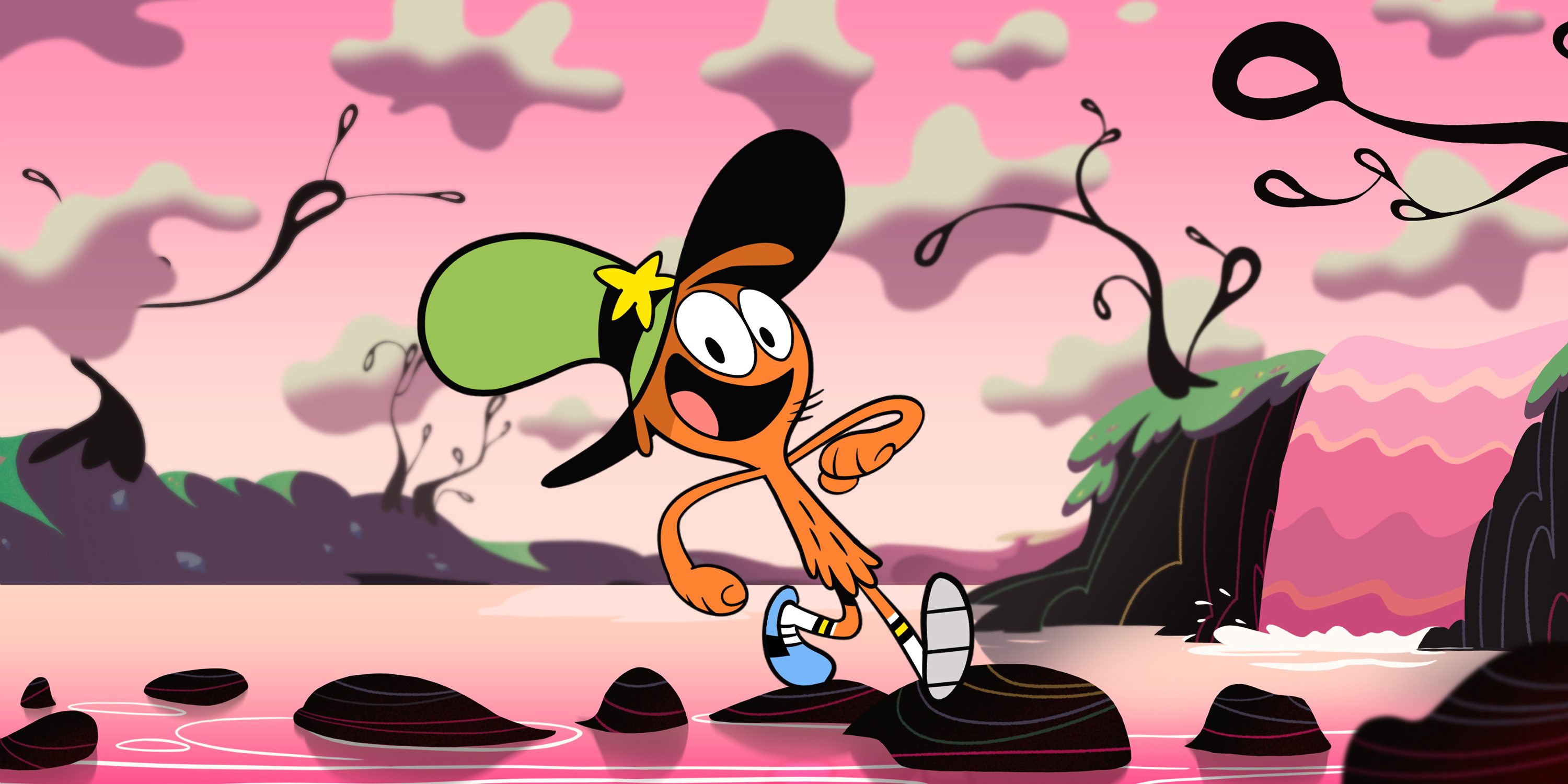 You might not know the name Craig McCracken, but you know his work. The Powerpuff Girls. Foster’s Home for Imaginary Friends. Dexter’s Laboratory. The Emmy-winning animator-writer-director-producer was among the handful of multi-hyphenates who helped turn the Cartoon Network from a low-rated basic cable channel into a major international brand in the late ’90s. Now, McCracken has moved over to Disney, where he hopes his latest cartoon series, Wander Over Yonder, will enjoy the same kind of breakout success.

Wander Over Yonder stars Jack McBrayer (30 Rock) as a free-spirited intergalactic traveler and April Winchell (Mickey Mouse Clubhouse) as his trusty steed, Sylvia. Together they visit a wide variety of planets and often come up against the bombastic villain Lord Hater (Keith Ferguson, Gravity Falls) and his “Watchdog” Army of animate eyeballs.

On behalf of GeekMom, I recently had the chance to meet McCracken, Winchell, and some other members of the creative team at the show’s production offices in Glendale, California, and got a sneak peek at an upcoming episode.

He wasn’t overstating it. The episode, titled “The Greatest,” was full of the kind of absurd humor, frenetic energy, and harebrained logic you might see in a classic Warner Bros. cartoon. It featured Lord Hater attempting to conquer a planet full of happy, friendly little creatures, only to be foiled by his own insecurities when Wander challenges him to defend his self-proclaimed title as “The Greatest.” After the 11-minute episode ended, it was clear why McCracken described the show to us as “Bugs Bunny meets Hitchhiker’s Guide to the Galaxy.”

After the screening, I talked with McCracken about some of the other influences on the look of Wander Over Yonder, from the Beatles’ Yellow Submarine to ’70s psychedelia to the Muppets to modern anime. Along with the show’s art director Alex Kirwan (who has the coolest office I’ve ever seen, filled with colorful art, sculptures, and even an entire gallery wall where animated sequences are continuously projected into ornate gold picture frames), McCracken referenced hundreds of images and other sources of inspiration, including a Croatian children’s show called Professor Balthazar. Put together, this strange visual cocktail feels like something nostalgic, yet totally new at the same time.

For the design of Wander himself, McCracken harked back to a specific image from his childhood. “I guess if he was really based on anything, in the late ’70s there was always those weird furry hippy guys that were kind of just these fur balls with feet and they would hold signs and they were protesting about something,” he said. “He started off as one of those. And then when I first drew him I’m like, ‘He kind of looks like a furry Blue from Foster’s with feet. So I don’t want to do that shape again.’ And then he developed a head and a body and he kind of just became this stick-figure guy. And I always like designing characters that kids can draw very easily. So Blue was a very simple shape. The Powerpuff Girls were very simple shapes. Wander is basically that stick figure that kids draw on the corners of their flip books.”

Each episode will find Wander and Sylvia traveling to a different planet or location in space, but McCracken emphasizes that the designs and concepts for the worlds will always be in service of the characters and the story the writers want to tell. For instance, one episode finds the normally aggressive Sylvia forced to become more gentle and nurturing when she and Wander have to return an egg to its mother. In another, Wander agrees to deliver a package for someone and becomes consumed with curiosity about what it contains. Yet another episode will take us inside Lord Hater’s vast, skull-shaped ship (which McCracken describes as “what a 14-year-old would want the Death Star to be”) when Wander is taken prisoner and then escapes, to the extreme chagrin of Hater’s lead henchman, Peepers.

Another major facet of the show’s development came from its star, Jack McBrayer. McCracken already had the idea for the show before McBrayer was attached, but their initial meeting helped crystallize the main character in his head.

“Jack has had an influence just by being Jack, really,” McCracken said. “Whenever we’re doing any show, kind of the first episodes you’re kind of feeling your way around the character and what they can do and after you record a bunch you start to see little things that they might do that you hadn’t thought of when you were conceiving the show. And then you go, ‘Okay, we’ve got to exploit that. We’ve got to do more of that.’ And so it’s kind of the nature of doing it, making more episodes and seeing what floats to the surface and what’s really funny for the characters to do.”

I also had a chance to sit down with Winchell to talk about the show and the central relationship between Wander and Sylvia.

Winchell has provided voices for hundreds of animated characters, but she’s probably best known as the voice of Clarabelle Cow on Mickey Mouse Clubhouse. When I told her how excited my children would be if they knew I was talking to Clarabelle, she leaned into my tape recorder and recorded a personalized greeting to them in Clarabelle’s voice (I came home a hero that day, I can tell you). But of all the the co-starring role of Sylvia is probably her most prominent yet. She said she was excited to have a chance to take on something new and different from the “moms and monsters” roles she’s played so often.

“To find something in between, where the strong one is a female character, I think that’s really cool,” Winchell said. “I just really like that it’s a female character that can fight. I think that’s one of the things I really like about it. It’s a real complete relationship. There’s female energy. There’s male energy. There’s optimism. There’s cynicism. It’s like a real, very dimensional relationship.”

Although the show has yet to officially premiere, Disney Channel has been running a few “first-look telecasts” and Winchell has started hearing reactions from friends who have seen it. “One 11-minute episode and I get email all day long. ‘Where are you from? What do you do? What does she eat?’ People are just fascinated. It’s really exciting.”

But anticipation can also be daunting. McCracken’s notable profile among fans is only compounded by the fact that his wife and co-producer is Lauren Faust, a writer-animator-producer with a following of her own. You may have heard something about her last gig, an obscure animated series called My Little Pony: Friendship is Magic.

“It’s a double-edged sword, because you know, you’ve got fans they’re comparing you to what they liked last time,” Winchell said. “When the titles came out, the 30-second titles, [people said] ‘Oh this isn’t as good as Foster’s!’ You’re like, ‘It’s 30-second titles! What are you talking about?’ So there’s people who are prepped to hate it and there’s people who are prepped to like it. But it doesn’t really matter because it’s all going to shake out. Do you know what I mean? So the important thing is that people are excited to even debate it and discuss it. And the fandom that’s already there is thrilling. It’s really thrilling to see so many people talking about it.”

You can catch the series premiere of Wander Over Yonder, including the episodes “The Greatest” and “The Egg,” on Disney Channel, Friday, September 13 at 9:00 p.m. ET/PT. 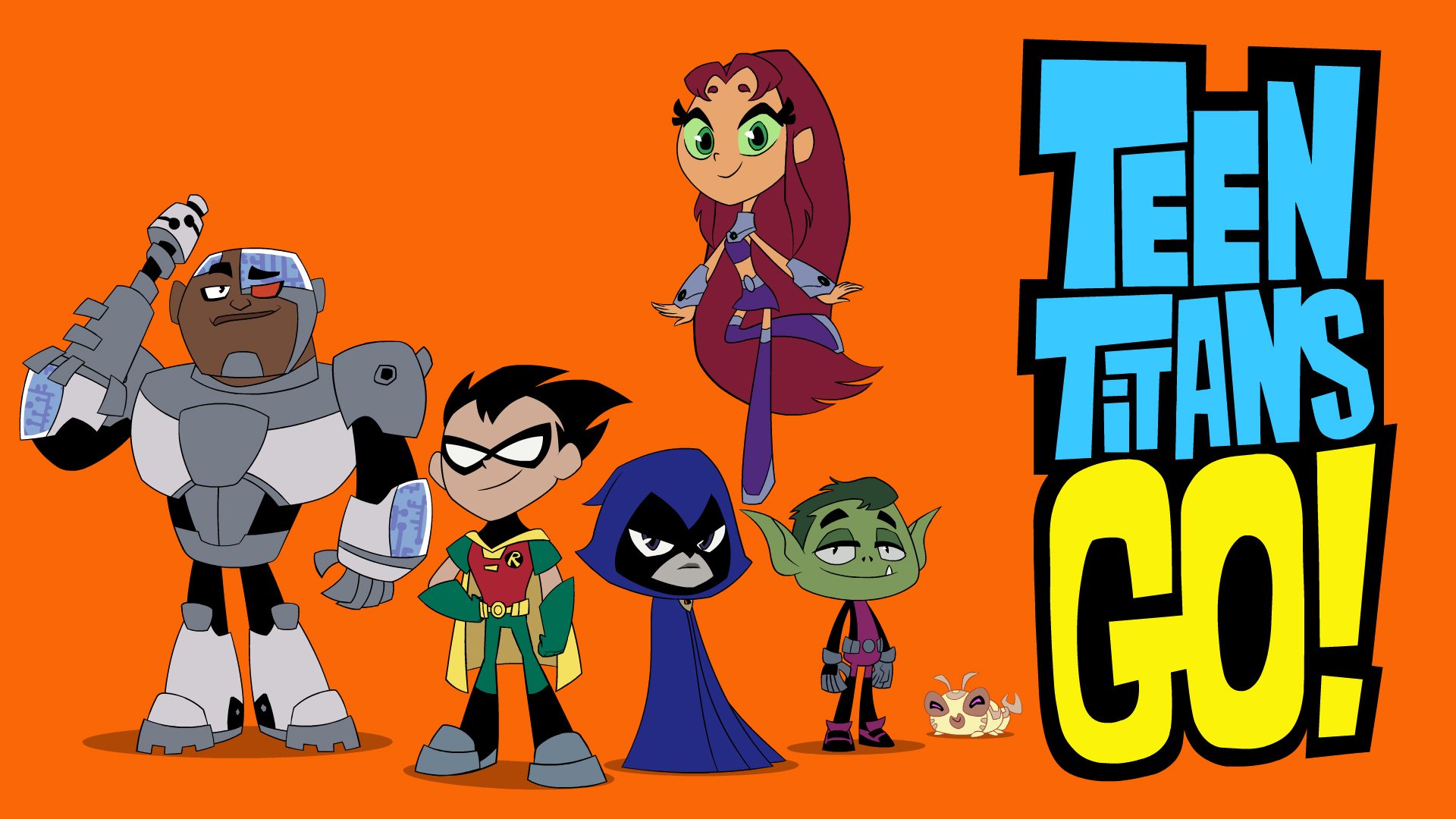 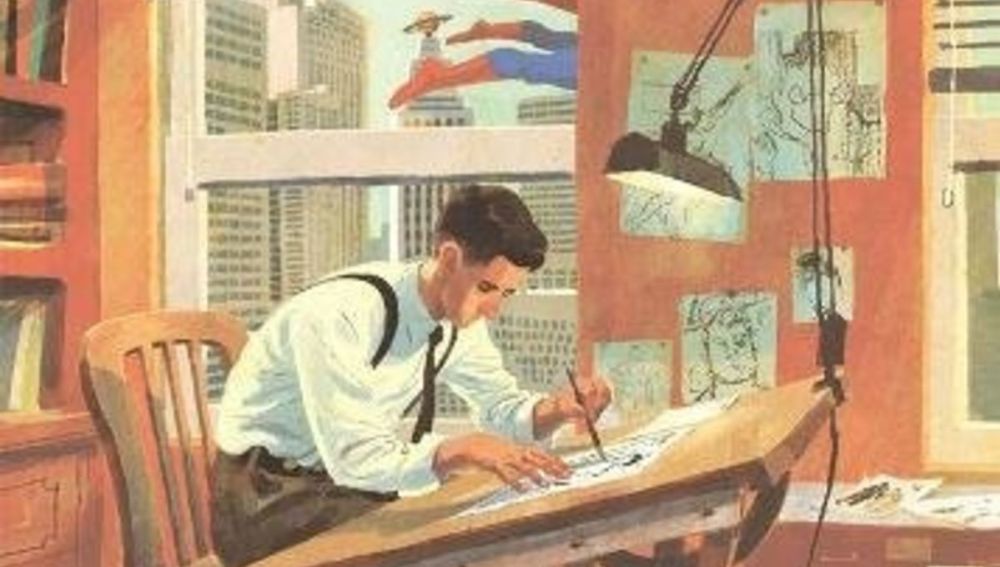 Superman Day – “The Joe Shuster Story: The Artist Behind Superman”