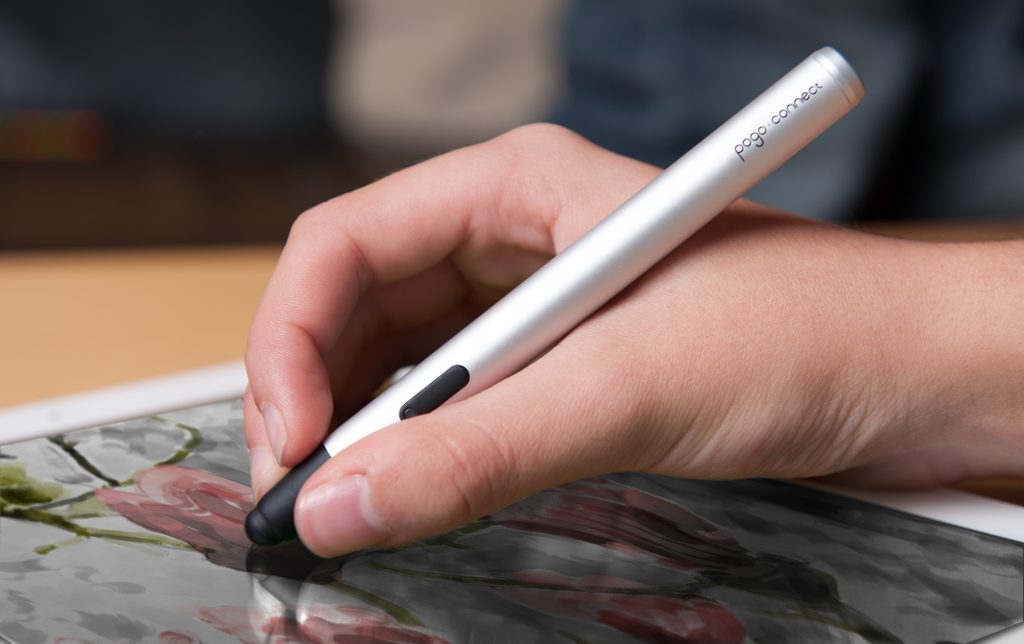 The Pogo is an iOS only device and is effectively limited to the iPad 3 and iPhone 5 at this time because of its use of Bluetooth 4. My aging iPad 2, while quite capable of playing Skylanders Lost Islands, and running my Oscium Oscilloscope, is incompatible so I had to borrow an iPad 3 for the test. This limited my time with the device, but not so much that I didn’t get a good idea of how it works.

The Pogo purports two main features that interested me, pressure sensitivity and palm rejection. The pressure sensitivity worked as advertised, but often failed to register faint brush strokes. This inconsistency at light pressure made it difficult for me to draw and shade drawings. The palm rejection just didn’t work. I tried with Sketchbook Pro, and Paper, and both apps would register my hand touching the screen, even when the stylus should have prevented it. This would result in errant marks on the page, and unwanted multitouch actions.

Overall, the Pogo worked as well, and maybe a little better than the other add-on styli I have tried, but it didn’t come close to an actual Wacom tablet, or any of the Samsung devices like the Galaxy Tab and Galaxy Note that supply and support their own pressure sensitive stylus.

Ten One Design is also running a contest to promote use of the Pogo. Of course the entries have to be drawn with a Pogo.