Good News: I’m getting the new iPhone 5S/6/whatever when it comes out in the fall.
Bad News: I must decide who gets my current 5. This son, the wifey or that son? (like I have final say.)

Greater battles have begun over issues of lesser import than this. But still, ultimately everyone “upgrades” via the process as the more recent models are passed down the line and ancient (over 3 years old!) equipment is retired or recycled or donated. (This is now becoming a whole separate demographic: Constantly Upgrading Families.

You see, I planned my family very carefully so that there is always someone available for an iPhone upgrade (even if THEY don’t get the newest one. Tsk tsk).

The problem starts when the focus becomes not “Do I have something that serves my needs perfectly fine?” (my wife) but instead “I’ve gotta have the latest model!” (uh, me)

Now, newness is important to me. And not because new things are flashier (though they usually are) or that they’re the latest fad (and all the kids are doing it). No, to me “newness” means a little bit of the future has arrived through some new invention. What problems did it solve? Or what useful functionality was added with this latest device? What amazing things can this new Apple product do that could never be done before? (or if it already existed, how have they made it more usable? Because ultimately, whether you like it or not, it ALL comes down to Apple and the changes/advancements they have created. (not that other companies don’t try to do the same… just after Apple has and as close to a copy as possible.)

You see, like many of you, I grew up a Science Fiction junkie. (heads nod.) I inhaled SF novels from about the age of 10 or so, when I discovered Robert Heinlein’s HAVE SPACESUIT – WILL TRAVEL in my grade school library. It blew my little mind, an act soon repeated by hundreds of other authors and countless books. If you’re of the Boomer Gen (like me) you likely watched science fiction really take off, not just in book form but also in TV, movies, comic books, etc. over the course of the Sixties, Seventies and whatever came after them. And there was a lot, even before STAR WARS — which is one of those cultural dividing lines for me: Did you grow up before or after STAR WARS? I think there’s a great societal shift there. But, that’s for another column.

Most SF media prophesied the coming of amazing technological inventions. Jetpacks, flying cars and robotic best friends were frequently featured and we were sure we’d see them realized in our lifetimes (and not be too old to play with them!).

Ironically, frustratingly, we still don’t have those things. The one thing that SF creators couldn’t have imagined, but that did the most to bring “the Future” to everyday folks, is a man named Steve Jobs and the thousands of employees at Apple. They certainly did not create all the pieces of today’s technology but they did put it all together in a way that gives us fast, easy-to-use computers with big bright color screens that can access (almost instantaneously – that part STILL gets me) limitless information and connect to people all over the world. Even better, everything is inter-connected, including your personal tech items like lightweight laptops, tablets and phones. We now have in our pocket a small device with more processing power and capability than any of the moon-landers.

Steve Jobs and Apple achieved what I believe was THE best “magic trick” ever: an enhanced life thru the use of powerful new inventions that share a common language, approach and equipment, that increases our ability to do things familiar and those never before tried. The products always look futuristic (hello, new Mac Pro!), they’re very well made and pretty damn easy to use. True, they’re constantly teasing us to join the fervor for the next tech leap forward but, despite the critics’ fears, there is no kool-aid to be drunk nor post-hypnotic commands to be employed. Apple makes things you just plain WANT… to possess them and use them.

Let’s not lose sight of reality here though. Apple is still a profit-based business, not Greenpeace. What they do, they do for money so they can keep on doing it. (oh, and to please the stockholders.) Fair enough. Virtually every other company exists for similar reasons but they don’t produce an assemblage of slick devices and software that makes it hard to imagine life without.

Call me Ishmael…no, I mean crazy, but the futuristic newness of the next generation of Apple products always sparks my imagination… and keeps me hoping for the eventual release of the iJetpack! 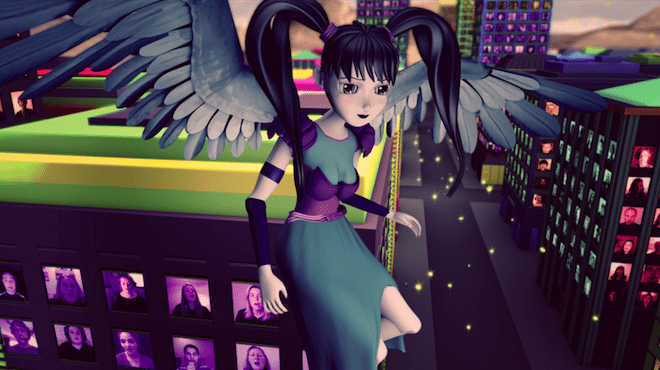 Get Your Family Outdoors This Spring with Great Coleman Products