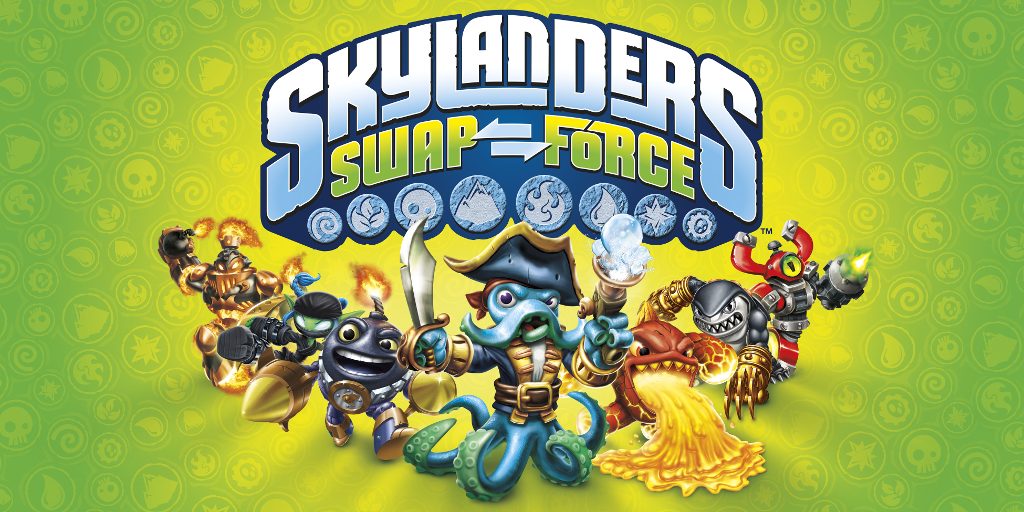 Activision and Vicarious Visions have announced twelve new characters for their upcoming release of Skylanders: SWAP Force. The new game in the Skylanders universe picks up where Giants left off with new characters, a totally new game mechanic, and some interesting updates to the game engine.

I’ve had a chance to play a few of the levels, and two new features definitely set the game apart. First, and most obvious, is the ability to mix and match characters. The bottom and top halves of the characters can be detached and reattached in up to 256 combinations. Second, and probably my favorite, is the ability to jump into a game. While I didn’t really miss this ability in-game for Spyro’s Adventure and Giants, it does add a level of complexity to the puzzles in SWAP Force and is a great addition.

Don’t tell my wife, but I am already planning on obtaining all 16 SWAP Force characters to test each combination. My son has graciously agreed to help with the game play and video capture. I know it’s a hard task to ask of him, but he seems willing, even somewhat eager.

We’ve got a solid release date now. Look for SWAP Force in stores on October 13, 2013 here in the US, and the 16th and 18th respectively for Australia and Europe. Price is an unsurprising $75 for the starter kit which includes two swappable characters and one series 3 character. Due to the added complexity of the new characters a new portal will be required and is included in the starter set. Platforms include all current and next generation consoles, including the newly announced Xbox One and PS4.

Skylanders: SWAP Force is available for pre-order now on Amazon for $75.

I’ll follow up the coverage tomorrow with a gallery of new characters, screenshots and toy pictures.

Today’s ‘TableTop’ Features a Mature Episode of ‘Cards Against Humanity’