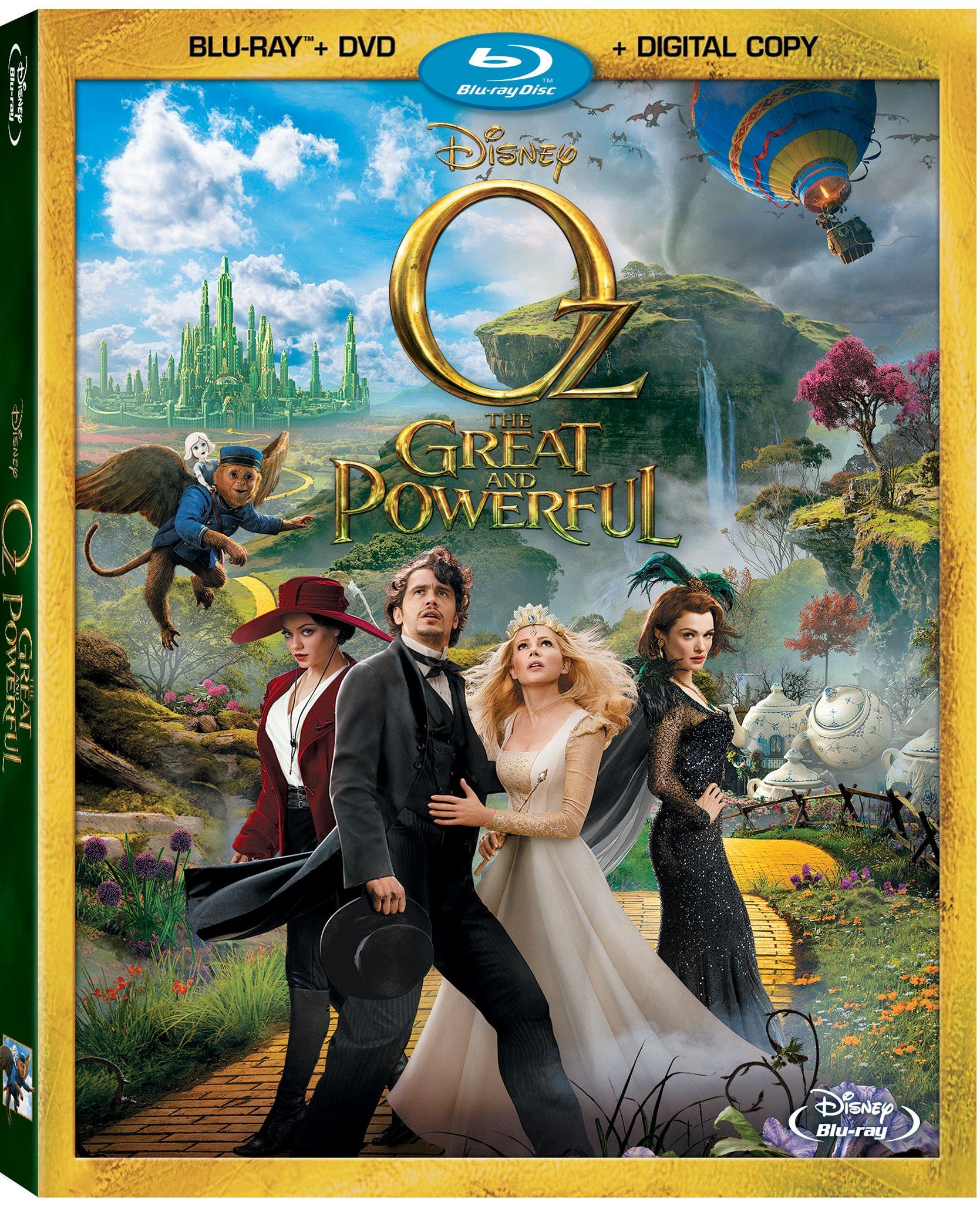 Let’s talk about The Wonderful Wizard Of Oz for a moment, shall we? The familiar grey look and feel of Kansas. Dorothy, The Scarecrow, The Tin Woodman, Cowardly Lion, The Munchkins, and Winkies. There are the Quadlings in the south and Gillikins to the north. Plus the silver shoes and that magical golden cap that can summon the winged monkeys only three times per wearer. How can anyone ever cross the endless shifting sands of the Deadly Desert without a magic rolling carpet or a–oh wait, were you thinking about the movie The Wizard of Oz when I mentioned Oz? Sorry, I was talking about the book. I apologize if that was confusing. But there’s been a lot of different manifestations of Oz overlapping in my house as of late.

Frank L. Baum’s series of Oz books have always been some of my absolute most very favorite books of all time ever, ever, ever. I read the series so many times while growing up, that the stories are ingrained in me. Something about them just imprinted all over my soul, since as a full grown adult I catch myself dreaming about them somewhere behind the general cacophony of my to-do lists and internal brain chatter. Opening a packed lunch reminds me of Dorothy picking lunch and dinner pails off the trees–you know, the trees that the Wheelers claimed belonged to them. I think about the Nome king turning the royal family of Ev into bric-a-brac when I look at the tchotchkes on my kitchen windowsill. I imagine Polychrome dancing too far off any rainbow I spot, and when I make soup, I think of the Scoodlers throwing their heads at people.

And now, at last, at last, at LAST, Vivi is old enough for us to start reading the books.  We’ve just finished The Wonderful Wizard of Oz. As we read the book, we talked about the story, and since the movie is such a massive part of popular culture, I walked her through some of the differences before we viewed the film.

And oh, that movie! I adored it as a child and beyond. I played my Judy Garland records over and over. Yes, records. I’m an old lady who came up in a time when there were no DVRs or VCRs or even poor obsolete Betamaxes. The Wizard of Oz was a television event that everyone circled in red pen in the weekly newspaper TV guide, and talked about all morning in school the day after it aired. If you didn’t see it, you had to wait for the programming gods to put it on again! When Vivi and I finished reading the book, we watched the movie together. And after she went to bed, I watched Oz The Great and Powerful–a movie that I was excited to see previews of at San Diego Comic Con, but missed in the movie theatre because–well–do I really have to explain how this kind of thing happens when you’re a parent?

This one-two-three back to back hit was incredibly interesting for me as a long time Oz fan. For the first time in my life, I realized that my being a fan of the books and being a fan of the movie are mutually exclusive. One simply has no bearing on the other.  I don’t know about other fans of Oz, but it seems like if you try and mesh the two together, you’ll just get angry and frustrated.  To enjoy the original film, you’ve just got to let the book go. Okay, *I* have to let it go. Otherwise you’ll (and again, by you, I mean *me*) spend the entire film saying things like, “Glinda isn’t supposed to be around until the end.” “Why are they making this seem like just a DREAM that Dorothy had. Oz is REAL. It’s REAL, she MOVES there with Uncle Henry and Aunt Em.” “The winged monkeys aren’t mean! They just have to do what the owner of the Golden Cap tells them to do!” (And note that in one scene, you can glimpse the Wicked Witch holding a golden cap that matches the drawing from the book in exact detail.) But most of all, you’ll notice, and no disrespect to the legendary Judy Garland, that Dorothy is kind of, well, whiny and a big old crybaby. Baum’s famous for his strong female characters, and Dorothy, while wanting to get home, doesn’t whine about it nearly as much.

At first, as I watched Oz The Great and Powerful, I felt super frustrated. As a prequel, I expected it to be more faithful to the books in the telling of the Wizard’s story. I honestly don’t know why I thought it was going to be this way! I had no reason at all to think this. I guess I just decided in the effete precincts of my tiny brain that that is how it would be. And once I let that notion go, I was really able to enjoy the film. I especially adored the many love letters, callbacks, and nods to the original Judy Garland movie–they were wonderful. I loved how the Quadlings have a matching spiraled origin point of their yellow brick road, just as the Munchkins do in Munchkinland. Glinda travels via bubbles, the wizard sees mysterious things in the swirling winds of the cyclone, some of the characters we meet in the black and white world of Kansas come back in other forms, the throne room of Oz is the familiar Art Deco style, and there’s a wonderful callback to the poppy fields.

Sadly, we’re still facing the problem of high def televisions making the use of green screens super clear–something we wouldn’t notice (as much or as clearly) in a movie theatre. And that was one of my complaints, though it’s a small one and not detrimental to the Oz experience. Having watched the films back to back–I find that I prefer the giant soundstage with a painted background–because Judy Garland and Ray Bolger actually WALK and SKIP along a road, instead of that weird green screen walk-in-place-toward-the camera thing. But on the other hand, I’m glad we live in a celluloid world where CG characters can be so well executed that we are able to feel for and relate to them. Finley the winged monkey and China Girl are great examples of how far CG has come–they’re a seamless part of the story.

I had the opportunity to speak with Joey King, the actress who plays China Girl. Miss King is 13 years old, quite sweet, very talented, and extremely self-possessed. She told me she hadn’t read any of the books, which is a shame, since China Girl is a wonderful reference to China Country that Dorothy and her friends encounter on their way towards Quadling territory in The Wonderful Wizard of Oz. But since Oz the Great and Powerful seems to be a love letter to the film, with only the occasional nod to the books, I won’t hold it against her. And her performance as China Girl was gorgeous. Miss King was at an event I attended launching a series of afternoon “Oz inspired” afternoon teas at the London West Hollywood here in Los Angeles–I knew it was an event surrounding the release of Oz the Great and Powerful on Blu-Ray, but I thought the tea party was a one time thing–so I was pleasantly surprised to find out about the tea series! I’ve always loved taking afternoon tea, and am always looking for good places to experience it. My current favorite LA afternoon tea is the one in the Rose Café at Huntington Gardens.

I would absolutely recommend that if you’re a denizen of Los Angeles, or planning a trip here this summer, this would be a fantastic thing to put on your must-do list. The hotel is offering afternoon tea on weekends January 22nd through August 11th, from 2:30-4:30. They’ll be serving things like Dark Forest chocolate cake, Yellow Brick Road Lemon Meringue bars, and Emerald City miniature sandwiches with Dilmah tea (I am now obsessed with the Italian Almond Black Tea, thank you very much).

The cost is $28 per adult and $14 for children. You can make the required reservations by calling 310-358-7788. It’s a nice way to experience being pampered in a “Hollywood” style without breaking the bank, or feeling like a tourist. I’ve already made reservations for two weekends with different friends.

If you can’t make the series, fear not–I have a wonderful giveaway available to two lucky GeekMom readers that includes:

To enter our giveaway just login to the Rafflecopter giveaway with your Facebook account or email address (use a valid email so we can let you know if you win). You can then like us on Facebook and Twitter for up to two entries! Two winners will be chosen at random at the end of the contest and their name will be posted right in the Rafflecopter widget so you can check back to see who won! 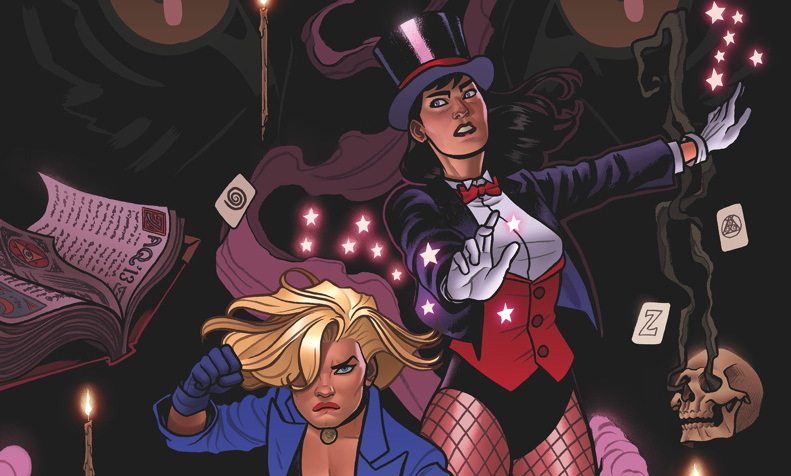 2 thoughts on “Oz The Great and Powerful: Tea Parties and Giveaways!”