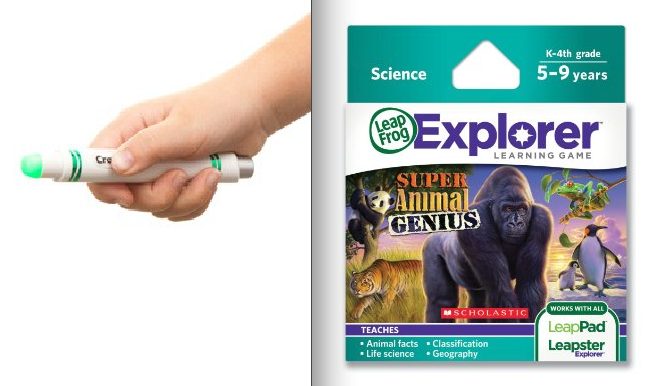 I’ve got a three year old son who is into everything — books, games, animals, trains, dinosaurs, Lego, dump trucks, pirates… the list is growing as I write. He’ll bounce from one interest to another, and there is simply no predicting what will spark his interest or hold is attention. I love it. One minute we’ll be playing an alphabet game together on the iPad… the next he’s riding his scooter around the cul-de-sac, followed by an intense 20 minutes of train-track building wrapped up with ten minutes of watching the neighbor’s dog do his business.

About the best I’ve been able to do to keep up with him is leave stacks of items around the house… a book here, the iPad there… big bin of track in the corner, crayons and coloring books on the dining table. You get the idea. I leave things for him to discover — and he’s yet to overlook anything. And my six year old son is similarly curious, so I tend to leave a few odds and ends sitting around for him as well.

Recently I put out two new items to catch their eyes. It took them a few days to figure out the Super Animal Genius game box held a cartridge for the Leap Pad 2, but once the 6 year old discovered it, I enjoyed spending 20-30 minutes with him just exploring all the nooks and crannies the game has to offer. Likewise, the 3 year old thought the Crayola Light Marker for the iPad was just a standard marker — he’s never minded having his hands covered in ink, but for some reason he just wasn’t in the mood for a few days. Finally, however, he picked it up and discovered it was something completely different; once again I got to sit down and spend some more time with him before letting him loose on his own.

These are two fun little activities that my sons have added to their weekly (sometimes daily) routine, and I’d like to point out some of the special features that might interest your son or daughter.

The Light Marker box states that kids can “Color and create with light on your iPad!” Sounded good to me! My sons haven’t really taken well to my stylus, and prefer using their fingers for drawing, writing, and other activities. The activities supported by the Light Marker include Hide ‘n Seek, Free Draw, Coloring Pages, Dot to Dot, Splatter Paint, and Puzzles.

You purchase the Light Marker, but the app is free to download from the App Store. Inside the box are the Light Marker, a battery (1x AA), a short Quick Start Guide, and a stand for the iPad. Installing the battery requires a small screwdriver. I like that; I cannot tell you how many times my young son has pulled batteries out of easy-to-release battery covers. The Light Marker will automatically turn itself off after 10 minutes of non-use, so hopefully the battery will last a while. (I substituted the included alkaline for a rechargeable, and after 3-4 hours of use, it’s still going strong.)

On the Light Marker is a small button with the word Crayola on it (the power button is on top, where an eraser would be on a pencil). This button is used to select different tools or actually draw within the app, so more on this in a moment. The instructions state that the Light Marker works best no further than three feet (3′) from the front of the iPad, and I can confirm that the sweet spot seems to be between 1-2′ from the iPad’s surface — get it 12″ or closer and it stops working.  Same goes for further than 2′ away. The instructions all explain that the Marker works best in a darker room; a bright room will definitely frustrate a young user, but you don’t have to be in a completely dark room. Just make certain there are no overhead lights or any bright lights to the left or right. You’ll have to experiment to find the right location; for youngest son, there are a couple of places in our living room that work just fine even with the main overhead lights turned on.

As for the app, all six activities work great with the Light Marker, although my son’s favorites were the Coloring Pages, Free Draw, Splatter, and Hide ‘n Seek. He’s not a big fan of Dot to Dot, and his hand-eye coordination just isn’t there yet. And while he enjoys puzzles, the Puzzles activity tended to frustrate him because of his lack of tactile feedback (even on the Easy level — there are three levels with most activities). He does other puzzle apps on the iPad, but with those he’s touching the screen. With the Light Marker, he’s having to press and hold to drag pieces all while holding the pen in front of the iPad. He’s not there yet, but I can see him improving with some practice. (Older kids will probably enjoy it.) Overall, the Splatter Paint activity continues to be his favorite and holds his interest as he pops balloons and leaves splatters all over the screen with a template (such as a dinosaur). It’s a timed game, and it’s at just the perfect speed for him.

Note: I should also add that the recommended age for the Light Marker is 3+, so my 3 year old is definitely in the ideal test candidate range. Given another year or two, the Dot to Dot and Puzzles will probably be more appealing. I should also add that I found the small stand included to be just perfect for holding my iPad at the right angle. If it weren’t needed for my son, I’d totally steal this thing as it’s the perfect size to carry with me and it unfolds to create a 6″ square X-shaped base that is flexible but sturdy. (Crayola could totally sell that stand as a third-party iPad stand.)

All in all, my youngest boy thinks it’s fun to draw on the iPad while waving the Light Marker in the air. He’s figured out the right distance and the right speed for good results, and he understands the need to point the sensor end towards the iPad’s screen. It didn’t take long for him to figure out how to navigate the app, so now he’s able to choose his activities and play by himself. He’s really starting to enjoy the Free Draw (see previous image) where he can select from 100s of digital crayons and colors. He’s figured out the Eraser, too, and he’s moving on to the other special tools on the toolbar. I don’t think the Light Marker is going to erase his enjoyment of real crayons, but for road trips and quiet moments on the couch with Dad, this is definitely an enjoyable app with the Light Marker, and I love seeing his creativity emerge.

I’ve got a good little collection of cartridges for the Leap Pad 2. My 6 year old son still reaches for the Leap Pad 2 for the occasional diversion, but it’s my 3 year old who has decided the Leap Pad belongs to him and tends to hide it by stuffing it down in the couch’s cushions. Many of the games for the Leap Pad still require my assistance, and I’m glad for that. If my youngest is going to spend some time with a digital toy, I’d much prefer to help him to avoid the frustration that tends to pop up.

The Super Animal Genius cartridge does have a recommended age of 5 and up, however, so my youngest isn’t in the target audience. Still, he LOVES animals, and I knew this cartridge was going to appeal to him. But it was my 6 year old who I actually handed it off to for testing. My 3 year old and I watched as the older boy jumped into a collection of games and contests that are intended to teach him about 40 different reptiles, birds, amphibians, and mammals.

The game starts with a globe that you can rotate, and you tap on various points on the globe to start an activity. After tapping on a location, you get a rundown on the country or region and continent, along with some other bits of information about the types of animals that exist there. The activity deepens, with a number of game variations that start out easy and get more difficult as you go.

For example, my son clicked on the The Amazon Rain Forest. He’s asked to click on the outline of some of the animals that live in that region.  He clicks Piranha and is then presented with a set of six games plus one final game that will demonstrate a solid knowledge of that particular animal. The first game is a mini maze where he learns about the type of fish that Piranha eat… he must chase them all down and eat them before the timer runs out. That was easy enough. Next, my son has to tag all the random animals (many of which he has learned about from other games in other countries) that have sharp teeth like a Piranha. And the game continue, getting a bit more complex. A later game has him choosing between a Piranha and a Sand Tiger Shark, selecting from 10 clues and tapping the correct animal to match each clue. Again, information is reinforced from other countries and continents that my son has already learned about. The final game (which he solves by answering 10 Yes/No questions earns him the Piranha which is solidified in the Amazon Rain Forest location. But he’s got a few more animals to examine (such as the Toucan).

After winning the Piranha, my son earned a badge. There are badges that can be obtained when the Leap Pad is connected to the Internet (using a parent created account with LeapFrog), further giving your child a sense of accomplishment. Earning more badges also unlocks micromods (8 in all), small bonus games and activities.

There are eight locations scattered around the globe, and the 40 animals and all the mini-games will easily provide hours and hours of edutainment. My son tends to spend time learning about one animal (while picking up on information on other animals through trial and error) and then he goes on to some other activity. I like that he hasn’t tried to knock out all 40 animals in a short time, and I’m hoping he’ll continue to play the game as he’s only received 7 of the 40 animals so far. (And I must admit, sitting with him I’ve learned a few things as well — I did not know that Piranha smell their prey. I always thought it was the thrashing in the water that drew them in. The more you know…)

I really like the “Follow the Trail” type of gameplay. My son knows the games will get more complex, but once he’s into an animal (like the American Bald Eagle that’s he’s learning about now), he doesn’t let go. He wants that Eagle badge, so he plows through the six mini-games before reaching the Eagle Q&A.

Super Animal Genius is well done. With all the apps out there for mobile phones and tablets, I like being able to hand my son the Leap Pad and know he’s not going to be getting into any trouble with it (or getting into my apps). My three year old is already eye-balling the Leap Pad… he’s an animal lover, and I’m going to be careful to tuck this little game away once the oldest boy is done with it and pull it back out in a few years.

Note: I’d like to thank Emma for the review copy of Super Animal Genius and Jennifer for the Crayola Light Marker test unit. 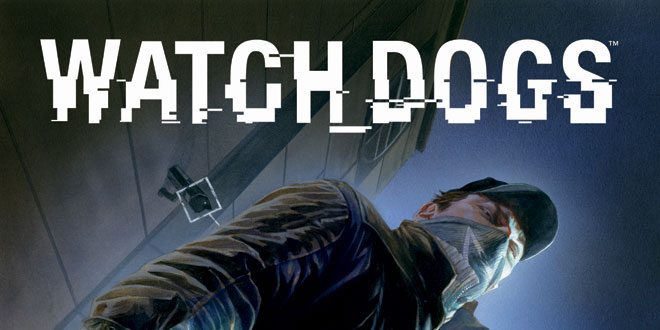