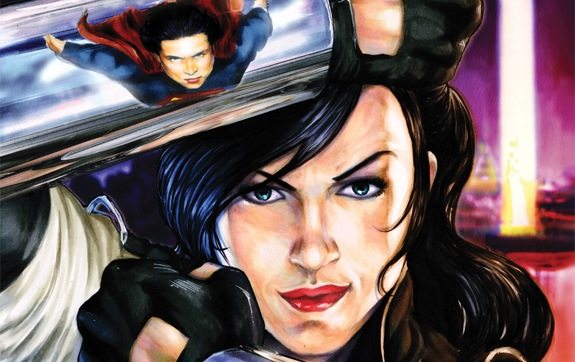 Happy Comic Release Day! Welcome to another installment of GeekMom Comic Book Corner, where we recap our adventures in comics for the week. This week, Superman has cast his power over a couple of our writers, while another discovers a web comic, and a third is in love with “bro!,” er, Hawkguy, er, Hawkeye!

Kelly Knox – Smallville: Season 11 #46 (DC Comics)
The Smallville digital comics continue to bring me back week after week, and the “Valkyrie” side story featuring a team-up with Lois Lane and Lana Lang shows that the girls can hold their own without Clark around. Granted, that’s mostly because Lana Lang has superpowers (thanks to events during the television series), but it’s still a fun change of pace to see the two together on their own. In the latest issue written by Bryan Q. Miller with art by Cat Staggs, Lois and Lana take a breath to catch up when an old enemy reappears.

Last week MTV Geek broke the news that another familiar face in the DC Universe is finally coming to Smallville: Wonder Woman!

In interview with MTV Geek, Bryan Q. Miller had this to say about the Amazon Princess making herself known in Smallville’s world:

But when we first meet Diana, she isn’t being called “Wonder Woman” just yet. She’s got a very specific mission. There’s a very big reason that she left the island, which we’ll eventually cover. Does she have the bracelets? Oh, yes. Like you see on the cover. And pants, of course. Regarding the rest of her “traditional” look – something tells me she might find her way to a lasso and some armor by the time all is said and done!

Diana’s arc in Smallville, “Olympus,” begins this July in the digital comics.

Dakster Sullivan — Batman / Superman: Absolute Power
Last week I went to my local library to stock up on some reading material. Their selection of graphic novels has much to be desired, but I managed to find a few titles that looked interesting. One of those was Batman / Superman: Absolute Power by Jeph Leob with pencils by Carlos Pacheco and inks by Jesús Merino. I’ve read the first volume in this series and I really enjoyed it, so I was doubtful that I wouldn’t enjoy this one as well.

This story shows us what would have happened if Superman and Batman were raised by someone else…time traveling aliens to be exact. Both Superman and Batman grow up under the “loving” care of their new parents and history is forever changed. Instead of growing up to be heroes, they’re feared and hated by the people. Other superheroes, or “Capes” as they are called, have been wiped out and if you don’t obey then you die.

After some time traveling, things begin to make sense and we get to see Batman and Superman become the heroes we know and love. I really felt for Bruce at one point and wish for the characters sake things could have been different. Unfortunately, the world needs Batman, so certain things had to happen, no matter how painful it was to watch.

Since the violence is never gruesome or extreme, I would feel comfortable with anyone ten-years old and up reading this title.

Sophie Brown — Monster of the Week

I recently stumbled across a webcomic that makes me laugh so hard every Friday that my husband has occasionally asked if I’m ok or having some kind of fit. Monster of The Week is a short strip that each week illustrates an episode of The X-Files, picking out all the bizarre plot points and nonsensical “explanations” and forming comedy gold.

Some, such as the strip for the episode Fearful Symmetry, are so insane that you have to remind yourself that this is the actual plot for a show that was considered incredibly scary and intense at the time.* Invisible rampaging elephants, demonic substitute teachers, an alien space ghost with a cunning plan to ruin NASA’s PR so Congress revokes funding… Yeah, it all happened, and now you can relive the comedy nonsense of early 90s sci-fi in all it’s laugh-out-loud glory.

*OK Fearful Symmetry was a bit “WTF?” even at the time, but the point still stands.

Corrina–Hawkeye: My Life as a Weapon by Matt Fraction, David Aja, and Javier Pulido

Dakster checked out the first issue of this series back in January and was sold, GeekMom Kelly Knox gave Hawkeye #8 a stellar review in March and I’ve been hearing incredible things about it, so it was the first collection I picked up from the comic shipment that arrived from my mail order store, G-Mart, earlier this week.

I was blown away. I’ve been reading comics nearly forty years and after a while, I began to think nothing new could be done. But Fraction’s clever scripts along with Aja’s incredible art, which makes great use of flashback panel interspersed with bits of repeated dialogue are different, fun and just incredibly inventive. For example, there’s a panel where Hawkeye is picked up by a women offering to sell her classic muscle car to him. After, the couple are attacked–of course–and Hawkeye leaps for his arrow, naked. A Hawkeye most imposed by the artist  covers his naughty bits.

I’ve been reading about Clint Barton, loudmouth, arrogant, pain in the neck that he is since the late 1970s. I’ve never liked him more than in this book. Yes, he’s still a very flawed human being but he knows it and he keeps trying to do the right thing. I just love his dog, I love his interaction with Kate Bishop, the younger Hawkeye who took Clint’s place while he was presumed dead, and the action ranges from falling off buildings to car crashes, to yet more falling from buildings, and dealings with the great spies of the Marvel universe.

Also included in the collection is a bonus story of how Kate and Clint came to an agreement over the Hawkeye name written by Fraction with art by Alan Davis, which is both a great tale and a nice way to recap who Kate is and why she took up being a superhero, even without powers.

Now I have another book I can hand to people when they say “so what makes superhero comics so great?” 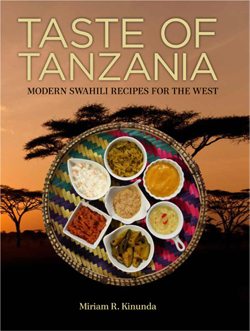 Feast Upon the Taste of Tanzania Cookbook 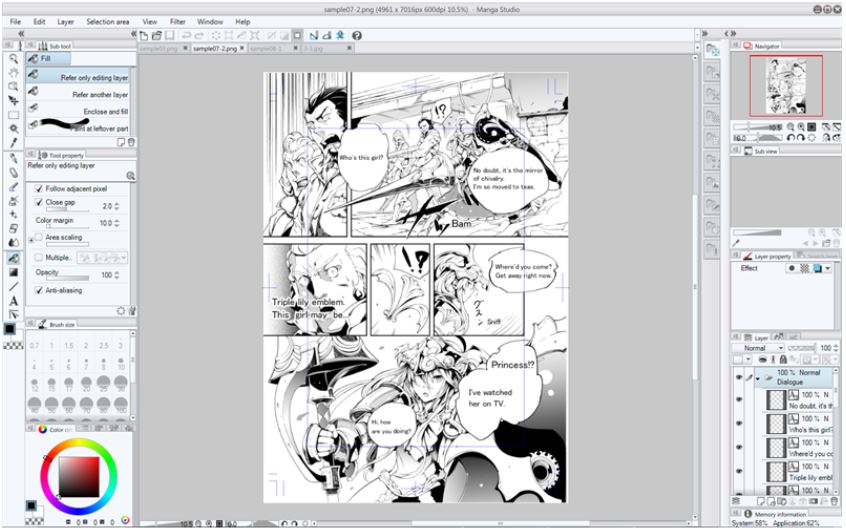