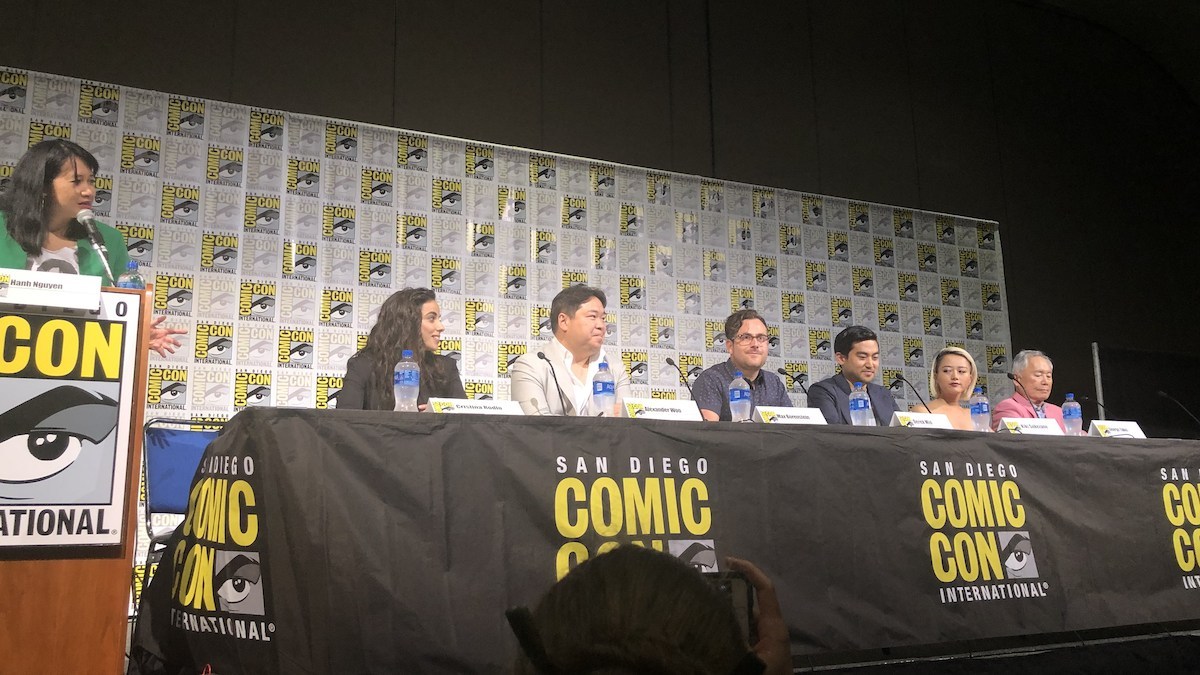 One of the highlights of my SDCC experience last month was to receive an invitation to attend the press conference and panel celebrating the AMC Network’s upcoming season of their anthology series, The Terror.

The Terror was optioned for television from the 2007 novel by Dan Simmons. The first season on AMC was wholly adapted from the original novel, which followed a British ship crew trapped in the ice on an expedition searching for the famed Northwest Passage. There is…something…chasing the crew across the ice, lending a horror genre to the series.

Season 2 premieres Monday, August 12th. I had the chance to see the first several minutes of the first episode during the cast and crew panel at SDCC.

The Authenticity in Creating This Season is Amazing

For the Diverse Cast, This Series is Personal

Kiki Sukezane herself an immigrant

Hastings Park, uncredited actor walking into the area with a suitcase just like his relatives

1st Assistant Director pointed out exactly where his parents stayed awaiting transport to their internment camp: Stables 7 and 8

If You Have Enjoyed the “Race and Horror” Genre in Other Films, You’re Going to Love This

This Part of American History Needs to Be Known

Click through to read all of “SDCC 2019: 5 Reasons Why ‘The Terror: Infamy’ is Relevant Television” at GeekMom.If you value content from GeekMom, please support us via Patreon or use this link to shop at Amazon. Thanks!

Is There A “Perfect” Age?