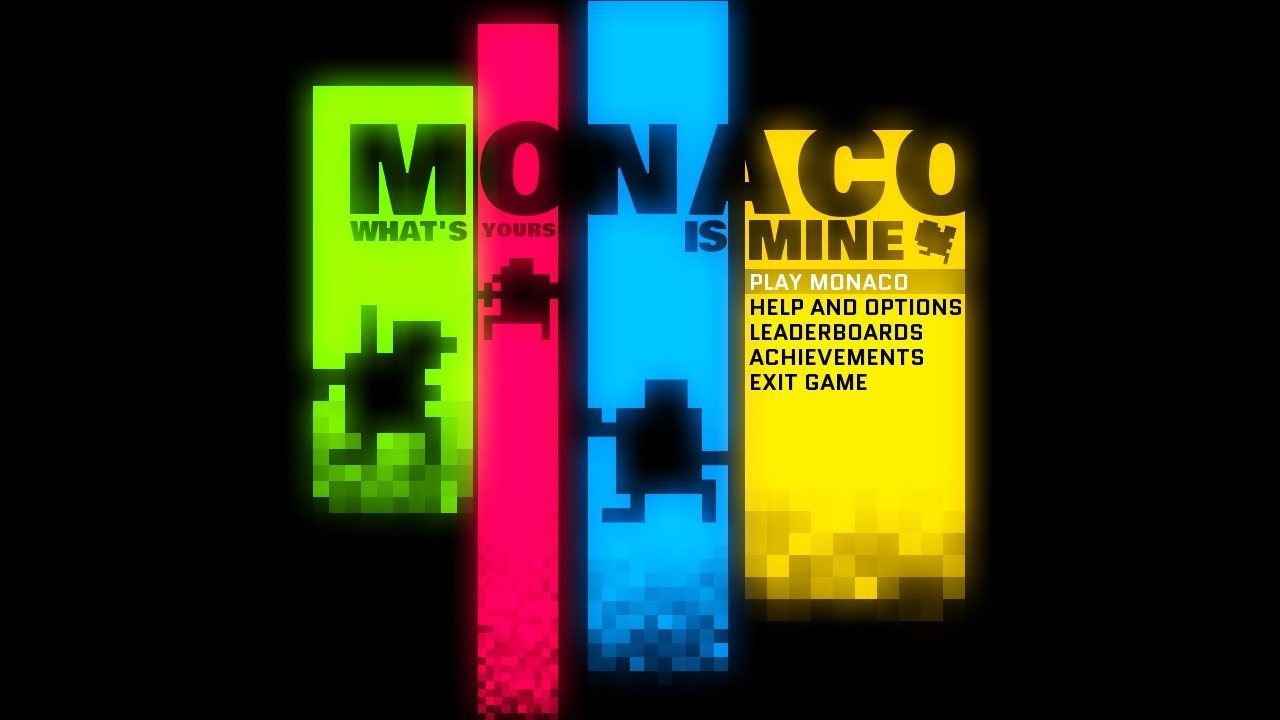 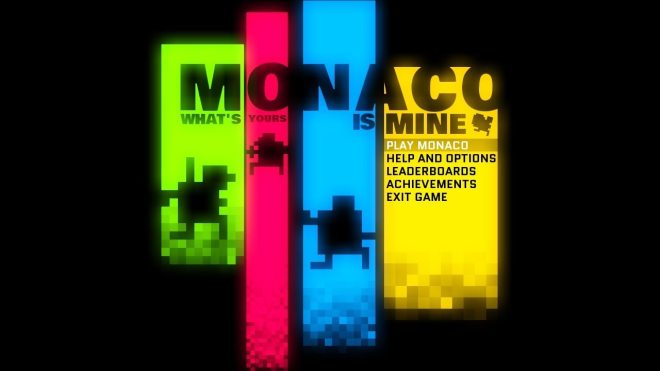 Monaco is out. This is a game I’ve been waiting for what feels like forever (closer to two years, though), and I’ve finally gotten my hands on it and finished up about 15 of the 33 levels. My verdict? It’s addictive, a major time stealer, and worthy of all the attention it’s been getting. It’s my kind of eye candy, and there are more than a few ways to play it. Let me get into some details.

First, what is Monaco? Monaco is either a single-player game or a multilayer. You can play through all 33 levels solo or combine forces with up to 3 other online players. The single-player leads you through a pretty decent storyline, where you get to try your hand at all the different characters available in the game. Those characters are (from the Monaco Steam description page): 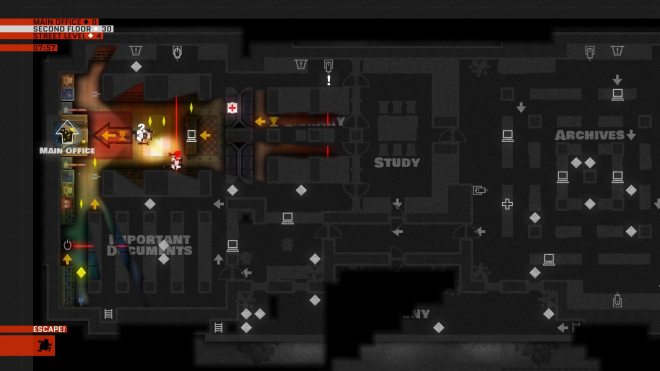 With eight different characters to choose from, you’re probably going to find a favorite after playing through the first dozen or so levels. I like the Gentleman for his ability to disguise, but the Pickpocket is useful for making certain you collect a lot of coins. Coins let you buy more ammunition or special tools… and missed coins actually penalize your final score. The Mole is fun because he can make entrances into other areas, and the Cleaner is just over-the-top with his violent means for clearing out guards and other witnesses. The Locksmith will get you through doors a lot faster, handy when you trigger an alarm and have guards breathing down your neck as you try to escape. The Hacker can really do some damage to the security systems you’ll encounter, and the Lookout and Redhead have their own benefits that you’ll discover. 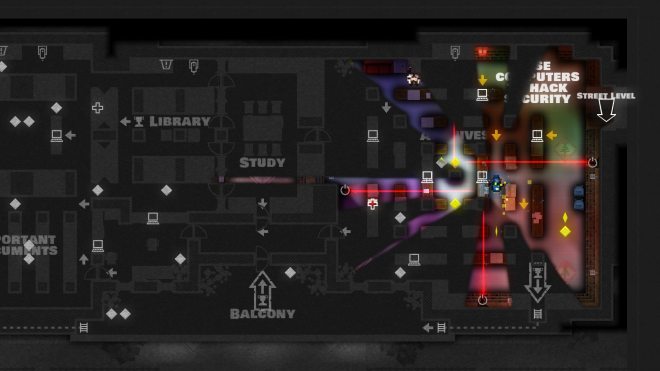 I know a lot of players have immediately jumped into the multiplayer game, but I cannot stress enough how important it is to find a character (or two) that you feel comfortable playing, and the single-player storyline is a great way to get some practice with all of them. As I said, I’m finding myself replaying levels again and again with the Gentleman. That said, I’m also playing a lot of solo games over again with the Locksmith. It’s probably going to be good for you to have a fallback character or two once you dive into the multiplayer and won’t always be guaranteed your favorite character. 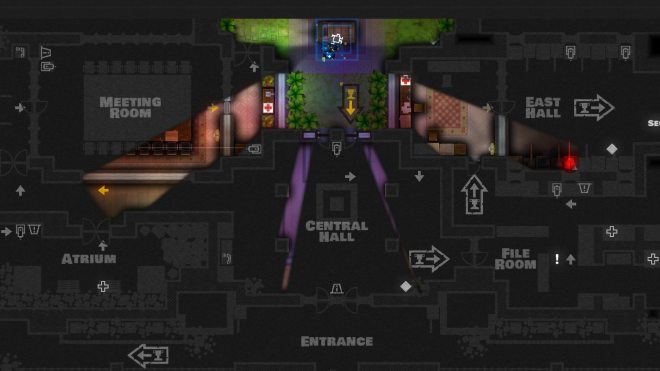 Now, as for gameplay… it’s a top-down, bird’s eye view game… and there’s the fog of war that prevents you from seeing the entire map (well, some characters can see more of it). Look through windows and open doors and you’ll get a glimpse of a room, maybe a slumbering guard, or a dog that will chase you down if you get too close and it picks up your scent. You’ll use the WASD or Arrow keys to control movement, and activating items (such as picking a door or hacking a security system) is done by simply pushing the right direction key as you try to move through a door or computer system. Press and hold the W key, for example, if the computer is “above” you, and you’ll see a small timer that lets you know how long it will take to complete the action. Release the key too soon and the operation cancels. You’ll also use the press-and-hold feature for picking up special items (such as smoke bombs or weapons) and accessing ladders and stairs to take you to different levels. Holding down the Shift key while you move will slow you’re speed down, but it will let you sneak by enemies… use it often, but remember to release it if your spotted… and run! 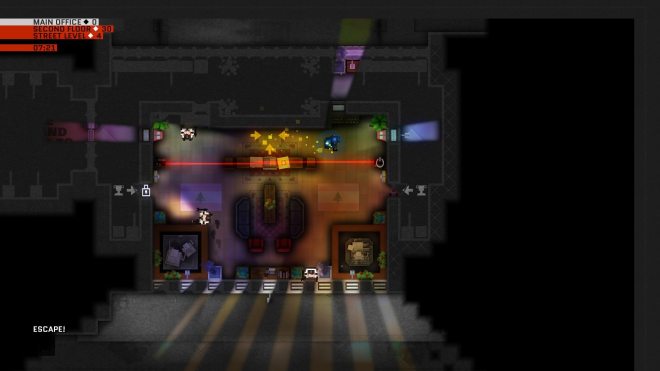 Gear? There’s lots of it! You’ll find different levels offer up some items but not others, and those items include smoke bombs, bandages (health), wrenches, EMPs, shotguns, machine guns, crossbows, and C4 explosive. There are also computers, disguises, cash registers, safes, and a lot more items to discover, so keep your eyes open.

As you play and sneak and run, there’s a constant soundtrack playing in the background that is cued to the action. Trigger and alarm and guards will rush to your position and the music kicks up a gear, making your heart race as you try to find a place to hide or a staircase to get you off that floor. The music is fantastic, and I don’t think I’ve actually heard everything yet… and I understand there’s a soundtrack that’s going to be released of the music. (It really is well done, and I could see some of the tracks being played in the background to give some added fun to some tabletop games.) 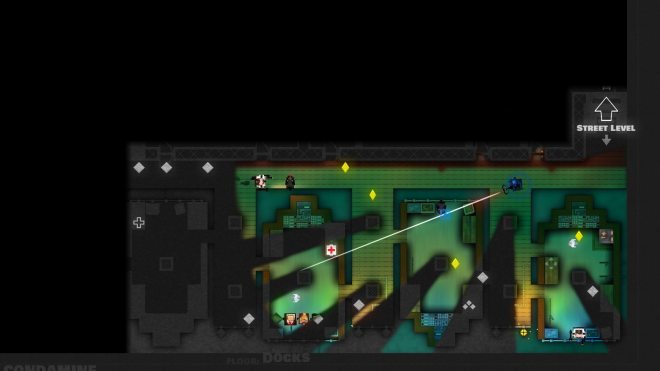 I do think some potential players may look at the game’s graphics with raised eyebrows. Trust me… the graphics will grow on you, and they really do give the game a unique look and style that lends itself to gameplay. As a child of the 80s, I have to say this game’s look and feel just shine and make me feel like a teenager again.

Right now, the game is available from Steam for $14.99. It’s also going to be released for Xbox, but some technical problems prevented it from being released today. So, Windows XP systems or higher is required to play right now (Mac beta version is coming in May). There’s a leaderboard system built in, so if you’re into competitive gaming, rest assured that Monaco will let you go up against the best thieves out there. 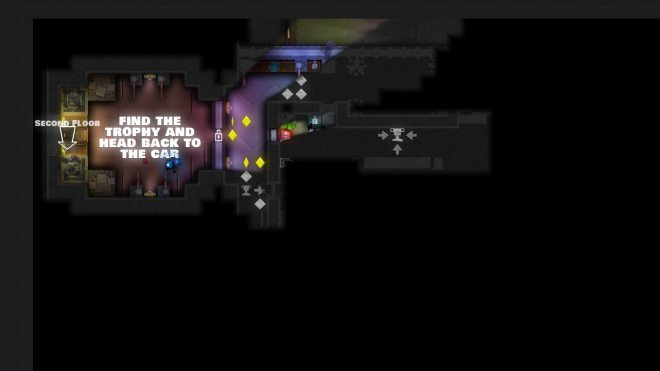 I’ll tell you right now — expect to die. A lot. Unless you’re just one really super-sneaky player with lots and lots of patience, you’re going to set off alarms and encounter guards and other baddies often. I’ve pretty much decided I’m not concerned about my time… I just want to sneak and survive. Watch the laser beams that are on the fritz and occasionally flicker on and off, use the bushes to hide, change levels when you have to… it’s all allowed and required if you’re going to grab the level’s objective and get out. And this is the single-player game. The multi-player games are much faster, with lots of craziness going on when someone triggers an alarm.

I’m hoping we can get some geek dads on board to put together a group of regular players and find a day and time that we can all come together to play. If you’ve got an idea on how to organize that, please leave a comment and let me know. I’m fine with playing Monaco with complete strangers, but I sure would love to find some fellow geek dads who are into the game as much as I am.

Monaco is amazing, and I do believe you’re going to be hearing a lot about it over the next few days, weeks, and months. It’s already won some awards (2010 Independent Game Festival — Seamus McNally Grand Prize and Dark Horse winner at 2010 IGF), and I fully expect it to win some more. It’s unique, eye-catching, and addictive, and I’m trying to type this up as fast as I can because I want to go play it again right now.  So… bye. 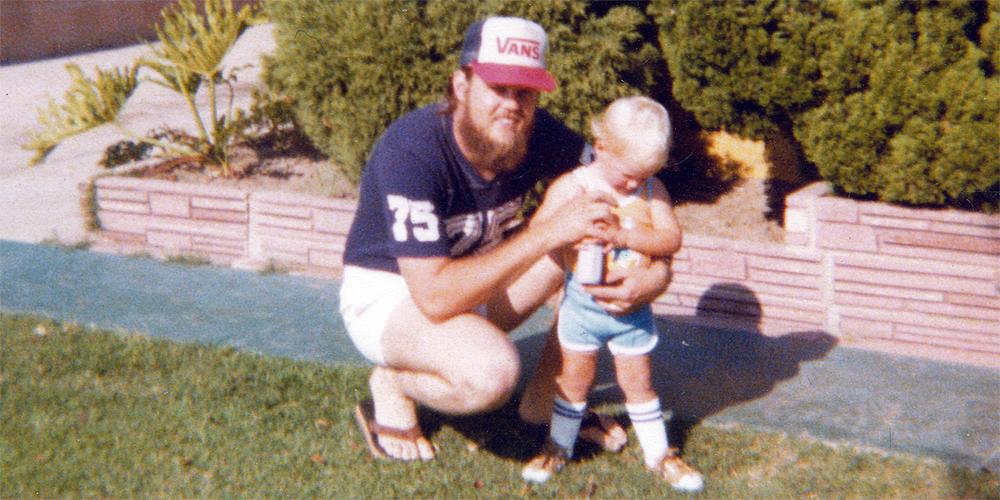 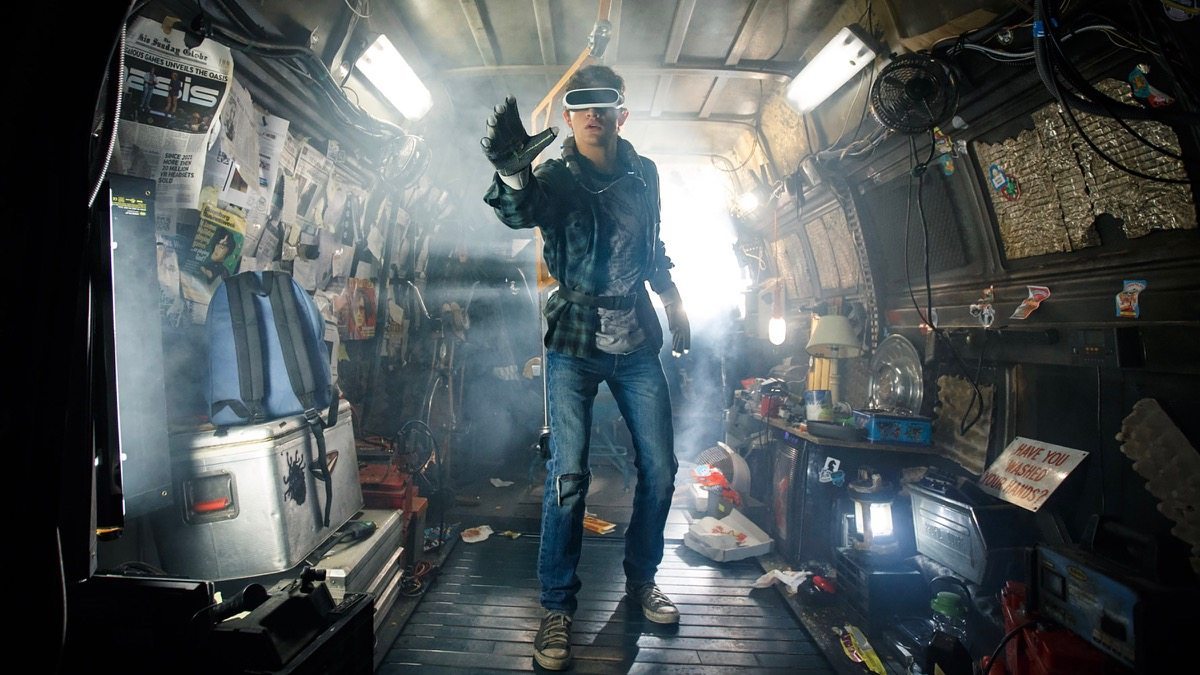 The Extended ‘Ready Player One’ Playlist

3 thoughts on “Monaco is Here! Get to Stealin’!”