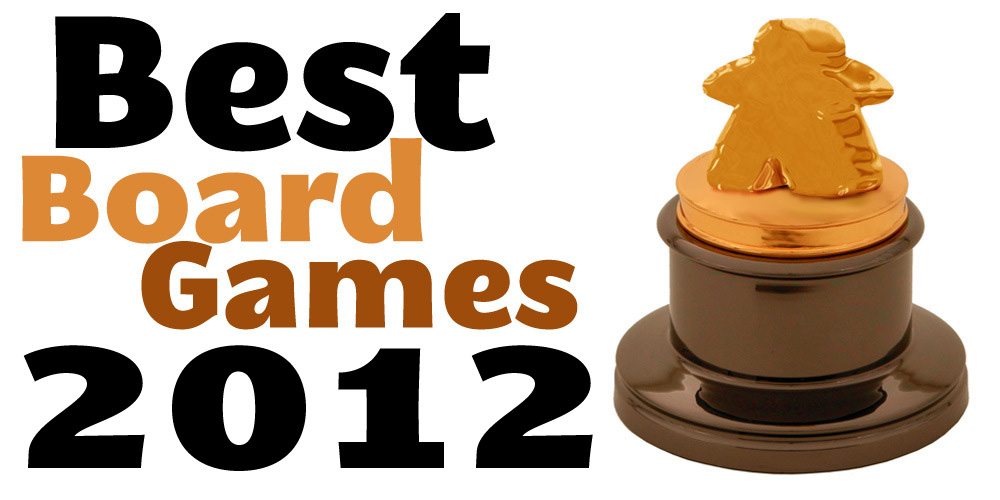 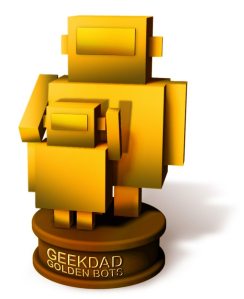 Well, 2012 didn’t turn out to be the year of the Mayan apocalypse, which is good because I’ve still got a bunch of games I want to tell you about. For me, it was the year of the Kickstarter board game. A quarter of the games I reviewed myself were on Kickstarter, and those are just ones with full reviews, not including short “Kickstarter alert” posts. Many of the final printed copies of games I backed have started showing up in the past few months, but I haven’t had time to write up the finished product, because there are always so many new ones ongoing. So most of these will have to wait until my list for 2013 as they trickle in. Any games on our list which were based on incomplete prototypes have been marked with an asterisk.

Another trend from this past year was the cooperative game. Co-op games aren’t new; Pandemic, still one of my favorites, has been around since 2008. But more and more gamers are discovering that co-op games are great for both new and experienced gamers, and here at GeekDad we love the way we can play them with our kids. It was hard enough last year picking my favorite for “Best Supporting Actors,” but this year there were several stand-outs in that category, making it a really tough choice.

This year, I’m going for fun factor. Some are pretty, some have nicer components, but really what matters to me most is that it’s fun to play.

So what were our favorite games of 2012? Here are our picks, as selected by myself, Matt Morgan, Jenny Williams, Dave Banks, Michael Harrison, and Erik Wecks.

I hope you had a good year for board gaming, and may 2013 be filled with excellent gaming!

Kickstarter Special Award: The Utter Lunacy Award goes to Greater Than Games for the Sentinels of the Multiverse series. In just over a year, they went from relative unknowns to running a goal-shattering Kickstarter campaign for the fourth expansion. While it’s not my favorite game and I admit it has some flaws, I admire their passion and enthusiasm, and it’s obvious that their fans do, too. They’re not just making a game; they’re building a comic-book universe.

Game of the Year: My favorite game this year combines both of the big trends, Kickstarter and co-ops, and throws in dice, real-time play, and a spooky soundtrack. Although it only takes ten minutes to play, it’s so intense that you may need to lie down afterward — one friend calls it “a heart attack in a box.” If one of the goals of playing board games is escapism, then this one certainly fits the bill; I guarantee you won’t be daydreaming or thinking about work or laundry or what’s for dinner while you’re playing Escape: The Curse of the Temple. It’s only fitting that my review of a game about last-minute saves came in just under the wire for 2012.

In case you’re interested (or wondering why your favorite game of the year didn’t make the list), we only considered games that were reviewed on GeekDad in 2012. So they may not have all been released this year, and there are plenty of great games released in 2012 that we just haven’t had time to review yet… so they’ll be eligible next year. We’ve also coordinated our picks to eliminate duplicates, though several games were favorites across the board.

What about you — what were your favorites this year?

*Denotes that the linked review was based on a prototype, not the final completed game.

Thanks to Nathan Barry for our Golden Bots image! 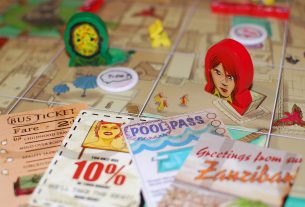 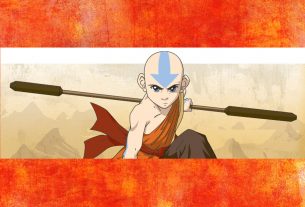 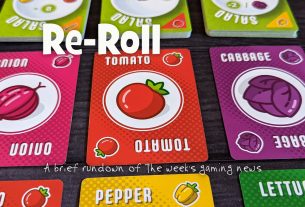