The Sandman: Preludes and Nocturnes is my favorite fantasy novel. What’s Yours?

What’s the difference between science-fiction and fantasy? Our quick definitions are:

That’s not to say that sci-fi can’t have magic or fantasy have technology, but we ask you to look at the primary themes. If you disagree with someone else’s classification during the nomination period, we invite you to comment. One thing I forgot to mention yesterday, we are looking for single novels, not series. You can nominate an entire series, but please list each novel individually.

To get the ball rolling, here is my paltry list of ten fantasy novels that have been the most significant to me. I know you will have your own, so add them in the comments for this post, and we’ll include them for next weeks voting.

Nominations for this category will close a 6 days from now (19 December 2012). 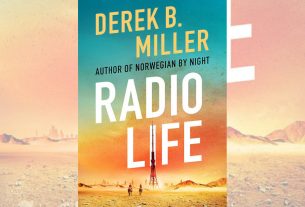 ‘Radio Life’ by Derek B. Miller: A Book Review