Our fans commented at the product announcement thinking we were kidding! Nope, we were serious and a couple of us got review copies of Hasbro/Zynga’s first offerings of board game versions of their most popular online games.

The game I wanted to try more than any of the others was Words with Friends because my whole family loves the iOS version and we were all curious about how unique the board game would be…well, let’s be honest! It’s just a spin on Scrabble, right? I’m not going to mince words here…and I’m not afraid to say it because Hasbro makes both games!

When we tried out the Words with Friends board game this week, we really did set both games side by side and compare the two. People probably thought I was joking when I had suggested it a couple months ago. Let me give you the BLUF (military speak for “Bottom Line Up Front”).

Why did we all get addicted to online word games like Words with Friends? Let me count the ways:

So if I wanted a board game version, I’d break out our Scrabble board game. My family already owns Scrabble and we enjoy playing it on cold winter evenings when it’s getting dark by four ‘o clock. But if you don’t own Scrabble yet, definitely consider Words with Friends. I don’t need to go over how Scrabble works for this audience, so I will move right on to how Words with Friends worked out for our family.

What Comes in the Box

Side by Side Comparison

Hasbro is planning a “Luxe” version of this board game (retailing for $39.99) with higher quality pieces, a rotating board and a mobile device holder on the tile rack (!)

The picture below will make it clear that the special spaces (such as “Double Letter” and “Triple Word”) on the two games’ boards are laid out differently.  You will also see that the points allocated to the individual letters are different, so you will not have the exact same score experiences.

Despite all these differences, my sons and I enjoyed a couple of great games! My 10 year old son — my “math” son — really enjoys the challenge of maximizing his points with a single word, using the letters “J”, “Z” and/or “Q” , attempting to put them on a “Triple Letter” space while the word flows into the “Triple Word” space. Language arts skill-building at its best!

And might I add that taking turns as scorekeeper really helped build those math skills, especially for my 2nd grader!

The Hasbro/Zynga series of board and card games are currently hitting popular toy stores, as well as popular online retailers and the Hasbro Toy Shop.

Words with Friends has a suggested age range of 13+, but my 7- and 10-year-old sons not only really enjoy the game, but often score higher than I do. It retails for $19.99 and will make a great gift this holiday season!

Do you plan to make the leap from the virtual world into the board game? 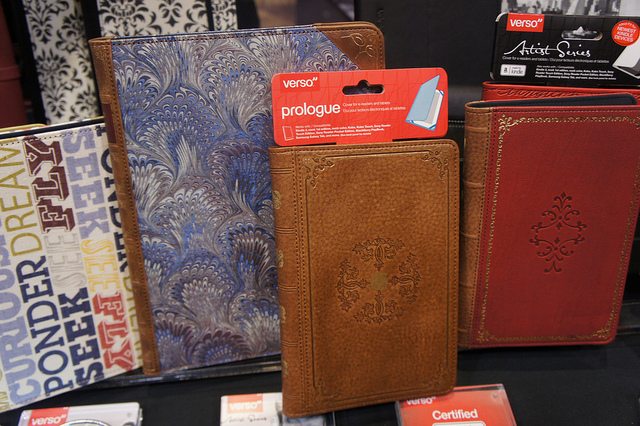 Verso Offers The Coolest Cases Ever

MetroCon 2018: The Masquerade Is Everything