Last weekend, Nintendo brought its traveling promotional event The Wii U Experience to Atlanta, Georgia. The team managed to convert an abandoned downtown storefront into an odd combination of a mini-E3 hands-on and a minimalist hipster crash space, complete with ironic mustache-shaped chocolate lollipop take-aways.

Though thick and animated, the crowd was jovial, and the staffers proved incredibly helpful and well-informed.

It was a sticky, stormy day in the American Southeast, but, pleased that I managed to score an invite, I loaded up a few choice family members and made the trek down I-85 South. I brought with me my 7-year-old son and 8-year-old nephew, both avid Wii players, and, so as to really gauge the appeal of the system, my 62-year-old mother. I figured she was a pretty fair representation of the type of non-gaming consumer that would be making major system purchases this holiday season. Also sometimes you just have to take your mom to Atlanta. It’s just good manners.

Once we found the actual location and went through a proper check-in, we were ushered into Nintendo‘s vision of next-generation console gaming. The event layout was simple and effective, with multiple units running Nintendo Land in a central hub and other titles (and several photo stations) lining the surrounding walls. There was a nice variety of games available and, even though it was packed, the staffers kept things moving along.

As a family, we spent most of our time tackling system showpiece Nintendo Land; I figured with all the effort placed on spotlighting this title at E3 it warranted some serious investigation. While I can’t promise that it’s going to hit as hard as Wii Sports, it truly does offer some fun social gaming.

Nintendo Land mini-games “Luigi’s Ghost Mansion” and “Legend of Zelda: Battle Quest” really managed to draw us in both as participants and as simple observers. The former combines a similar ghost-hunting-via-rumble-feature aesthetic to one of my favorite Wii Party mini-games with the light-based combat mechanic of downloadable title Lit, but more importantly the latter totally assuaged my fears concerning the Wii U GamePad.

This new, beefier controller is far more comfortable to hold and way more intuitive to use than I’d anticipated. The augmented reality features seem to work similarly to those of the 3DS, and freeing gameplay strictly from the confines of the television also gives it shades of Microsoft’s Kinect. We did a few levels of New Super Mario Bros. U together, which doesn’t exactly surprise a lot with gameplay, but it doesn’t have to. It’s a well-proven property with regards to fun and responsiveness that only needs little nudges to keep subsequent iterations interesting. What it does do, however, is show off the graphical power of the Wii U. It looks like an HD Mario game, and that’s something fans have been clamoring for.

The rest of our time we mostly played independently. My son and I hit up Wii Fit U – not exactly a graphical powerhouse, but a game that makes interesting use of the GamePad screen. My boy particularly dug the trampoline game, and I, in all honesty, had a ball watching him play it. I also spent a chunk of time walking around, not just playing games but observing others play. Pikmin 3 and ZombiU appeared to generate lots of fanboy excitement, but, disconnected from the system’s social gaming platform, both seemed to be straight-ahead single-player experiences that perhaps didn’t totally embrace the console’s “play different” aesthetic outside of their unique control schemes.

Later we all met back at Arkham City: Armored Edition – in a flagrant disregard for that title’s Teen rating – which garnered mixed reviews. My mother simply could not get over the “realness” of the graphics and fluidity of the in-game character movement, while I couldn’t shake the feeling that the game simply didn’t have the visual pop of the current-gen version I am even now playing on my PS3.

The lengthy ride back home gave us time to compare notes. The kids, of course, just seemed pleased to have spent their evening playing videogames in a dedicated space – “We used to call that an ‘arcade,’ son” – while mom had understandable difficulty discriminating the Wii U’s future offerings from the kinds of things we do right now at family gatherings on the Wii. Such is the unfortunate pitfall of a system that actively encourages gamers to retain their legacy controllers and accessories from the previous generation, and I’m very interested to see how Nintendo integrates this into their marketing message. I think the most telling moments of my personal Wii U Experience were centered on the GamePad itself. While the device often functioned as a more robust controller option for traditional play experiences, it was during Nintendo Land‘s “Luigi’s Ghost Mansion” game mode that I truly began to note its expanded possibilities. While four players controlled flashlight-wielding ghost hunters using sideways Wii-motes, the fifth player used the GamePad to secretly coordinate the movements of our enemy spirit throughout the maze-like level. I started to think of that role less as that of a competing player and more as our Dungeon Master; he pulled the strings behind the scenes to keep us challenged and engaged.

The Wii U Experience is a nice showcase for a system that currently has an overwhelming number of question marks in the minds of gamers. Nintendo is approaching this problem in a fairly methodical manner, doling out invitations to these limited engagements to faithful members of their own Club Nintendo service. It’s a nice start, but I hope in the months to come they expand their scope.

The Wii was such a massive success because it managed to attract players of all stripes. The Wii U is poised to do the same thing, but only if it can convince that vast audience to upgrade to yet another nontraditional gaming console. It’s an ambitious plan for an equally ambitious product, and I think Nintendo is in the weird position of having almost too much to talk about and not really knowing how to say it.

The Wii U Experience lets the public help shape this message. So, should you get the chance, I truly encourage you to attend. And bring your mom. Just, uh, don’t let her play “that dreadful ninja game where you cut people in half.” 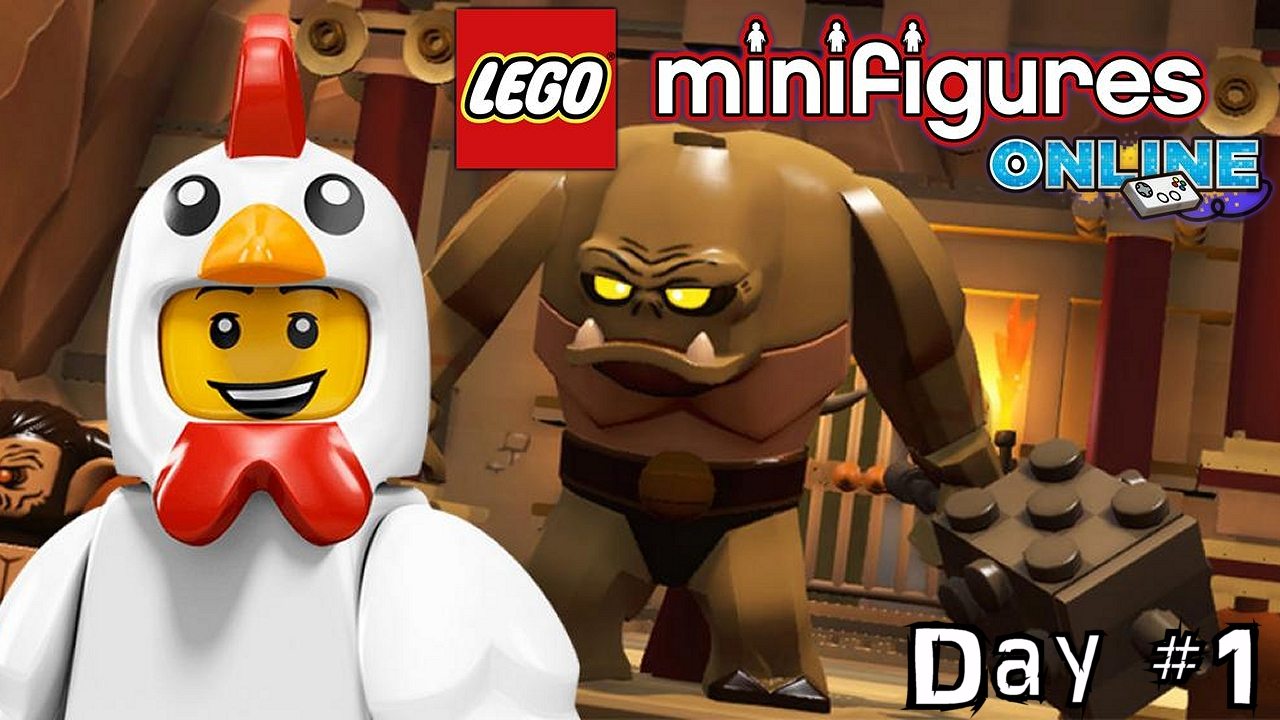 Lego Minifigures Online Takes Brick Collecting to the Next Level 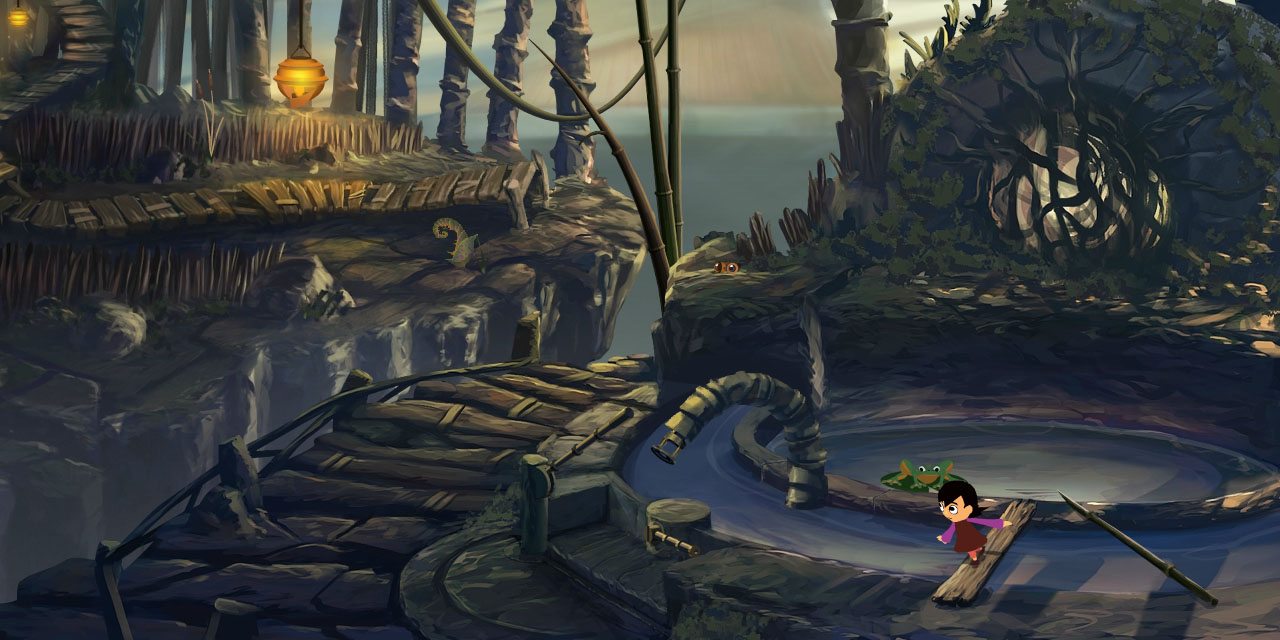 Lilly Looking Through on Steam Greenlight