In school, most of our introduction to the United States Constitution is pretty dry and text-based. We are shown the words, and told their meaning, but there isn’t a lot of fun attached, no context we can understand, and no kid-friendly way of transmitting the information.

Now Round Table Comics has put together a comic to guide kids (and adults) through the process our founding fathers went through to develop the Constitution, highlighting what happened in our country during that time. Those who wrote the Constitution created a brand new government. They wanted to create a country different from England, one that wasn’t a monarchy. They ended up creating a document that would endure for over 200 years, partly because it was made to be flexible.

The United States Constitution: A Round Table Comic starts out giving some context for the Constitutional Convention, where the document was created, and then takes us from the arrival of the delegates to the drafting of the document to the ratification by the states. All of the players in this tale are labeled by name the first time they are introduced, so it is easy to follow along.

In the end, the Constitution was set up as a basic foundation document that was able to be changed if enough states agreed. It is one of the important parts of our nation’s history, and using comics to teach kids about it at an earlier age than usual is a great idea.

The comic includes excerpts from letters, and many historical facts interspersed throughout, along with text from the Constitution with plenty of illustrations and other information to explain each section. It also contains the first ten amendments, also known as the Bill of Rights, are detailed near the end of the story, along with the ratification of the document by the states, and the struggle to convince some of them to sign.

Reading about the Constitution in comic form helps kids and others understand a very complicated document that is densely packed with organization, rules, and procedures. This comic would be a good guide to have along with any study of the Constitution. It shows the real life side to the origins of this important document, giving the necessary context for true understanding.

There is also a free curriculum available for use with the comic, to help teachers and students make best use of their learning time.

The United States Constitution: A Round Table Comic retails for $12.95. I highly recommend it to anyone interested in United States history, or to teachers or families wanting to teach kids about our government in an entertaining way. I will be using it with my own kids whenever we study United States history or U.S. Government.

Note: I received a .pdf preview copy of the comic for review purposes. 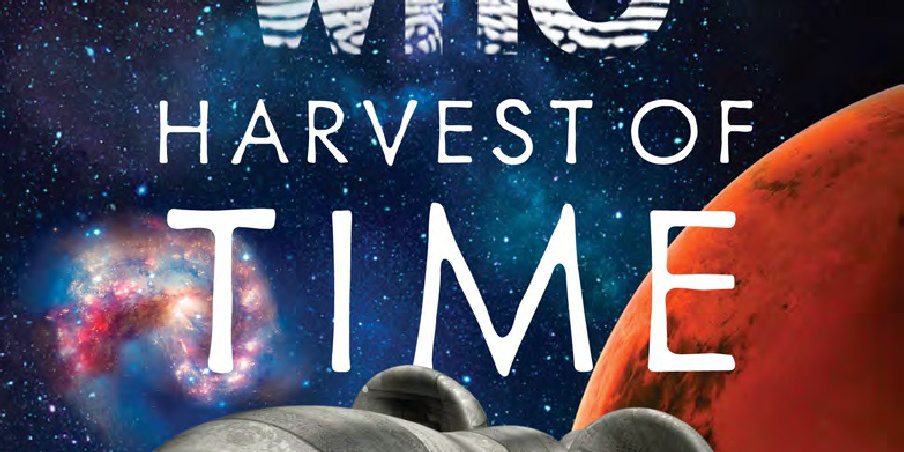 Win 1 of 5 Copies of Doctor Who: Harvest of Time