On Wednesday, DC Comics broke the news of their planned prequels to the classic graphic novel Watchmen by Alan Moore and Dave Gibbons.

Reaction to the news has been decidedly mixed, with Moore intensely unhappy about additions to his work, Gibbons without objection, and fandom divided between not wanting to see such an influential work messed with and yet intrigued by the talent of the creators lined up for the prequels.

As a reader, my first overwhelming thought was that Moore himself is the last person who should consider classics of any genre sacrosanct, given what he did with famous literary characters in The League of Extraordinary Gentlemen, his sexual explorations of children’s book characters in Lost Girls, and the fact the the Watchmen themselves are amalgams based on superhero characters created for the Charlton Comics company which included such talents as Steve Ditko.

Before I go further, I should confess is that while I agree Watchmen deserves its reputation as genius and its influence cannot be denied, I’m not personally fond of the story. It doesn’t even crack my personal top ten graphic stories or my top three Alan Moore stories. Even worse, I actually prefer the widely panned League of Extraordinary Gentlemen movie to Moore’s original. So I don’t see Watchmen as any kind of sacred text that should never be touched but very much part of a shared universe.

One, the story owes a great deal to what came before, especially to people like Ditko. Two, this isn’t the first time a literary classic has had additions. Moore is quoted in the New York Times story linked above that there’s not a prequel to Moby Dick but there are certainly plenty of adaptations, including a lost play by Orson Welles. Going back to an older classic, Tom Stoppard added to Shakespeare’s Hamlet with Rosencrantz and Guildenstern Are Dead.

So is there something new and insightful to say about the Watchmen characters and their story, like Stoppard had to say about Shakespeare?

Possibly. Darwyn Cooke, who’s writing two of the prequels, is quoted in Entertainment Weekly as wanting to add more depth to Silk Spectre, who is basically an adjunct to the heroes and not a character in her own right. (This is actually one of my own problems with the original story.) This isn’t the first time Cooke has written a classic character by one of the comic greats. He was part of DC’s relaunch of Will Eisner’s The Spirit in 2008, which was widely praised.

But then there’s the flip side. Quite obviously, DC Comics sees dollar signs in these prequels, so it looks like a money grab. The original has been one of their best-selling paperback collections practically since its original publication. And Moore has a point about creators’ rights and hasn’t been happy with the contract under which he wrote the story for many years.

But this is a big media corporation with a hugely popular property that hasn’t been expanded on in over two decades while other properties have been mined over and over. I’m surprised it took them this long to try to cash in.

To those who say these prequels will damage the original, I can’t see how. They’re not going back to the original story and rewriting events that took place inside it, such as Identity Crisis did to the DC Universe or the much criticized One More Day plot device in the Spider-Man comics at Marvel.

The prequels will be there to either read or ignore. Their success will depend not only on the talent involved, which is considerable, but on the willingness of readers to buy the books.

If DC does make boatloads of money, who’s more to blame for “ruining” the story: DC, for making them, or for the hundreds of thousands of readers who will presumably pick them up?

If DC makes money, it’s only because they’re right about readers not only tolerating additions to a classic but wanting them. 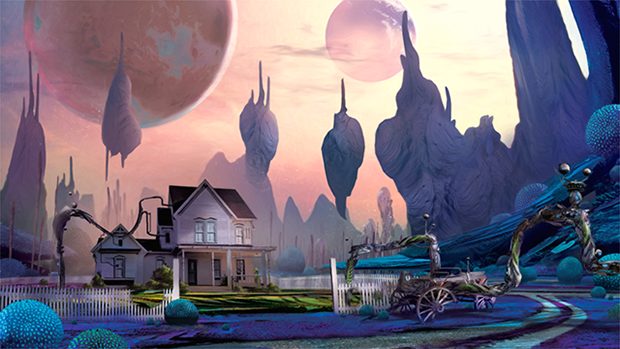