How would you react if aliens came to Earth? I’m not talking about Independence Day, The Darkest Hour, Cowboys vs. Aliens sort of aliens. No, more like foreign anthropologists, come to study our ways of life and catalogue everything on the planet, bringing world-changing technology. A society that has been around for millions of years.

Would you ask them how to solve global warming or world hunger? Study the secrets of interstellar travel?

Constellation Games, written by Leonard Richardson, is a new sci-fi story for adults from a small publisher called Candlemark & Gleam, with an interesting publication process that I’ll detail more below. I requested an advance copy of Constellation Games and read it over the winter holidays, and absolutely loved it — it might not be the best book I read in 2011, but it’s certainly in the top 10.

At the beginning of the book, aliens have shown up, and they’re tearing out huge chunks of the moon to build a big space station. Of course, the government goes crazy, denies things, tries to hide things … but then the aliens make a video introducing themselves and everyone knows anyway. You can’t hide things in the age of YouTube.

The Constellation, as they’re called, are actually a whole bunch of alien species, formed into a sort of anarchist society. They travel around the universe, making contact with civilizations and trying to convince them to join. Of course, humans, being what we are, turn out to be a paranoid bunch. Homeland Security forms a special Bureau of Extraterrestrial Affairs, and the TSA’s complications negate the advanced technology that would allow people to travel freely between the Earth and the space station.

Meanwhile, Ariel just wants to play some alien video games and make some money. He’s tired of programming games for 10-year-old girls like Sparkle Ponies 5: Pony Stable Extra and wants to do something more exciting. He’s been waiting for aliens to arrive since he was six, and he’s ready.

The book is told from Ariel’s point of view: sometimes through blog posts, where he writes snarky video game reviews (which are hilarious) and commentaries about his life, sometimes excerpts from instant message conversations, and sometimes it’s straight-up narration (labeled as “Real Life”). What’s great is that Ariel’s world is pretty much like ours — it’s not set in some far-distant future, either dystopian or utopian, but in our world now. People have fancy smart phones and play videogame sequels and the economy is crap.

The aliens that form the Constellation are terrific. While we don’t get to know all of them in detail, the glimpses we see of them are truly alien. Only a few types have the physiology to actually come to Earth and interact with humans, and they were careful to pick the ones with more palatable appearances to be spokespersons. I really loved the observations that the aliens make about humans, which are spot-on — for instance, that when they point out what they see as impending crises (global warming, for one) to human governments with offers to help, the humans’ response is more or less, “Yeah, we know. Leave it alone.” The descriptions of alien games (and game systems) are also wonderful, and feel like something from a different culture, with oddly-translated names like “Simulates Hi-Def False Daylight,” a game system from around 17 million years ago.

I don’t want to give away too much of the book. It was so much fun to read, but also thought-provoking. It reminded me in some ways of Ready Player One, in that it’s a book that will really delight readers who grew up playing video games and RPGs and — in this case — thinking about what they would do when the aliens arrive. It also struck a chord with me because of the way Ariel reviews video games, although he’s a much funnier reviewer than I am. He’s more like Jerry “Tycho” Holkins of Penny Arcade, blending social commentary with video game reviews.

But it goes beyond just being a witty first-contact story, too. In the book, Ariel gets mixed up in government conspiracies and weird alien secrets, and for the first time in his life he really has to grow up and make some real decisions. I loved not knowing where the book was going to go next, and just being along for this wild ride. All in all, Constellation Games is a perfect blend of aliens, video game geekiness, and modern social media.

One note: the book isn’t for kids. Ariel swears like he’s in a Kevin Smith movie, and there is some sexual content in the book (though that’s mostly at a PG-13 level, where it’s implied but then cuts to the next scene before things get too explicit).

So, now you’re interested and you want to read it for yourself, right? This is where it gets interesting. Candlemark & Gleam — an “experiment in publishing,” they call themselves — has a bunch of different ways you can read the book. For a mere $5, you’ll get a subscription to the web serial, and you can read the story as it is released piece by piece (kind of the way Max Barry’s Machine Man was originally published). The story started on November 29 and will run weekly until the book is done, at which point you’ll also get an ebook of the completed story. You can even follow Ariel on Twitter, and he’ll tweet things pertaining to his current storyline as it is released on the serial. (The only thing that I think would have made it even cooler is if the posts were actually released on the dates they’re posted here in the book, but there are some reasons that can’t be done exactly, which you’ll see if you read the story to the end.)

There are also several other subscription levels, which will get you things like additional short stories set in the Constellation Games universe and an Alien phrasebook. Or if you prefer the dead-tree versions (like me) you can pay $20 to get a copy of the paperback when it’s published in April (plus you can still read the web serial as it’s going), or the Adamantium Package (at $35) which gets you all of that plus a USB stick pre-loaded with the digital versions of the novel. It kind of reminds me of a Kickstarter campaign, which is fun.

To get you started, you can read the first two chapters for free. Go to Candlemark & Gleam’s website to read the free preview and get your subscription, or order it from Amazon.

Random trivia: Candlemark & Gleam is also the publisher of our own Natania Barron’s Pilgrim of the Sky. 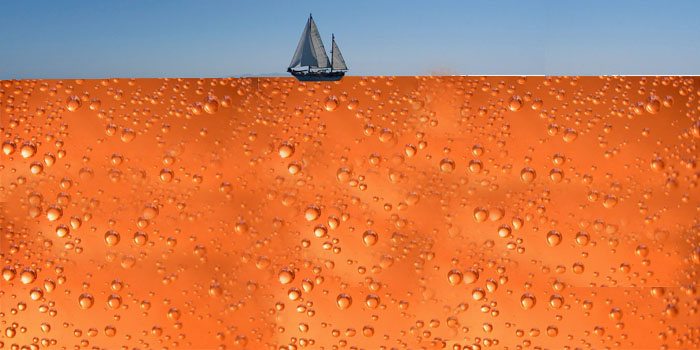