Ever wish you had something to write about when your brain goes dead? The Storymatic is here to the rescue. Here’s how it works. First, you draw two gold cards.

Or perhaps you get “member of the wedding” and “person with a devastating secret.” You can’t go wrong with that.

One of the copper cards from The Storymatic

Then you pull one or two copper cards. You might draw a “at last, love,” or “email that cannot be un-sent.” These are situations, and they begin to lead you into a story.

You feel a narrative brewing, don’t you?

I’ve tried The Storymatic in my writing classes, and I can attest it’s foolproof. You can’t NOT write a story. Or write a song. Or make a movie. In other words, you can’t not starting spinning a tale.

Best of all, it’s not an app. It doesn’t require electricity. All you need is the box of cards, a pencil and paper, and a little time. And it’s great for kids and teens, too. 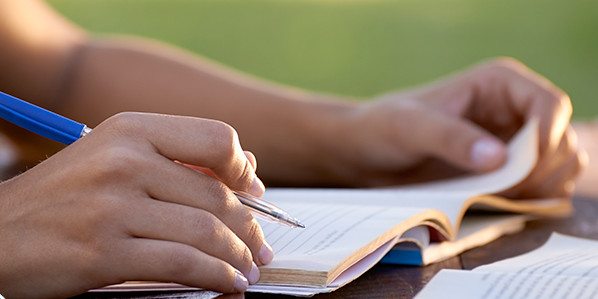 Brian David Mooney, the brains behind The Storymatic

The tool – if you want to call The Storymatic a tool – is the brainchild of Brian David Mooney, a guy who grew up in Western Massachusetts and assumed he would be a baseball player when he grew up. That hasn’t worked out yet (so far, anyway), so instead, Mooney became a writer of fiction, non-fiction, and poetry. Among his cool literary credentials and publications, his short stories have been presented by Leonard Nimoy at the Chicago Museum of Contemporary Art, Paramount Studios, and Jazz at Lincoln Center. He’s also taught creative writing at Marlboro College (Vermont) and the University of Massachusetts, and he’s been with The Putney School Summer Programs (in Vermont) since 1998. I had a chance to ask Mooney about where The Storymatic came from and what people are using it for, among other questions.

Gilsdorf: Where did you get the idea for The Storymatic?

Mooney: I like making up my own writing prompts and exercises. The Storymatic started as a prompt back when I was teaching fiction workshop at Marlboro College. Back then, it was a few slips of white paper in a lunch bag. The prompt went pretty well, so I took it to my high school summer classes at The Putney School Summer Programs. At Putney, I put it on colored construction paper and put the cards in a little box. For a few years, I kept tinkering and tinkering, and the prompt got bigger and bigger.

Some of the kids wanted to buy The Storymatic from me in class, and when I told them there was only one Storymatic and it was all mine, they said I was an idiot for not making more than one and selling it. Finally, I took their advice.

Gilsdorf: How do you think The Storymatic works? Is there something about randomness that makes us more creative?

Mooney: I believe that stories are all around us, and we just need to let them find us. If I were a sculptor and you asked me where my work came from, I would say it was already present in the stone. That’s how I view things, and that’s the governing principle I had in mind in creating The Storymatic. I wanted to make something that opened the pipeline to stories that are already in the air around us. And I think it does exactly that. You draw the cards and you just know there’s a story there. How you tell it is up to you.

It’s a little hard for me to view the cards as random, because so much thought went into them. But I know what you mean. The Storymatic encourages you to unite elements that you might not usually expect to go together, and it encourages you to see where those elements take you. That can seem random, I suppose. But it also kind of feels natural to me. Mooney: I think writer’s block is one of those things that if you think you have it, you have it. Which I suppose means that it exists. I’ve certainly had students who were convinced they had it. I might disagree with them sticking a label like that on themselves, but that doesn’t change the fact that they were frustrated that it was so hard to get something down on the page (or screen).

So The Storymatic comes partly out of the experience of working with people who felt blocked. I wanted to make a wrecking ball for them. I wanted to give them something that could obliterate the block. And I wanted something that could be used in lot of different ways, in lots of different settings. If you want to get over, past, or around a block by working collaboratively, it’ll help with that. If you want to sit quietly by yourself and go through the cards until you connect with something, it’ll help you do that.

Anyway, I think one way to make a block go away is by saying yes in a somewhat directed fashion. The Storymatic is a big ol’ box of Yes.

Gilsdorf: Is it only for creative types, or have you seen Storymatic generate stories (or poems, essays, etc) for people who don’t consider themselves writers?

Mooney: Early on, I thought The Storymatic was mostly a writer’s thing. But it’s not. It’s for anyone who wants to tap into their imagination. Maybe that leads to something that’s written. But it can also lead to things that are sung, or drawn, or told collaboratively around the dinner table or during a ride in the car. It’s for people who write, want to write, and have no intention of writing.

Gilsdorf: What are some of best card combos you’ve seen that have produced some great results?

Mooney: There are too many to count. Sometimes it’s eerily prescient.

I was at the New York International Gift Show a couple weeks ago, and one of the fire marshals stopped by because she was curious what it was, and she drew, “firefighter, singer of showtunes, and neglected sibling.” She put the cards to her chest and said, “That’s totally me. How did it do that?”

That kind of thing happens more than you’d think.

Gilsdorf: What are some cool stories about how it’s being used?

Mooney: Wow. So many. I heard from a mom who loves to play games, but her kids have zero interest in doing that. It really made her sad to have kids who didn’t want to play games with her. But she got The Storymatic, and her kids were curious. Then one night the whole family drew cards and all went off to write stories for a little while. Then they came back and read them to each aloud. She said they’d never laughed so hard before, and she got a real insight into her kids’ creative minds. I love that. I love how intergenerational it’s turned out to be.

Here’s another cool one. I was contacted a while back by a little production studio in Pennsylvania called Chochkey Productions, and we wound up creating the Fiction to Film Contest. People submitted their Storymatic-inspired work for a chance to have it made into a film by Chochkey. The winning entry was by Santa Cruz writer Kyle Petersen. The folks at Chochkey absolutely fell in love with Petersen’s story. They adapted the story into a solid screenplay, raised some money on Kickstarter, and made a beautiful 20-minute film called “One Way Out,” which recently won Best Short Film in the Greater LeHigh Valley Film Festival. That’s pretty cool, right? And I love this song by teenage songwriter Sarah Hooper, who draw the cards “monsters!” and “person with a broken nose.”

There are so many cool things, Ethan. Like, I’ve talked to therapists who get it to help their patients tell made-up stories, so they can take ownership of their own stories. Speech pathologists. Language teachers. Improv classes at senior centers…

Gilsdorf: So where is the Storymatic made?

About that: we’re going to be at the Book Expo America in June. I talked to one of the organizers last week about the Made in America section I’d seen advertised. He said they had to cancel it because they only had about six eligible products. Isn’t that sad?

Gilsdorf: How do we get one?

Mooney: It’s in quite a few shops, some big ones and some small ones. And it’s online in a variety of places. If your local bookstore, game store, educational store, or gift shop doesn’t carry it, feel free to encourage them to contact me. I would like more brick and mortar places to carry it. I’m very much about thingness, and The Storymatic is a very nice thing.

I know I’m not being very specific, but the stores that carry it have all been so supportive that if I start naming one, I’ll have to name them all.

Gilsdorf: Why would a fiction writer/poet/baseball junkie like you get involved in this?

You can read more about Storymatic here.

Ultimate Dinosaurs: Giants From Gondwana at the ROM 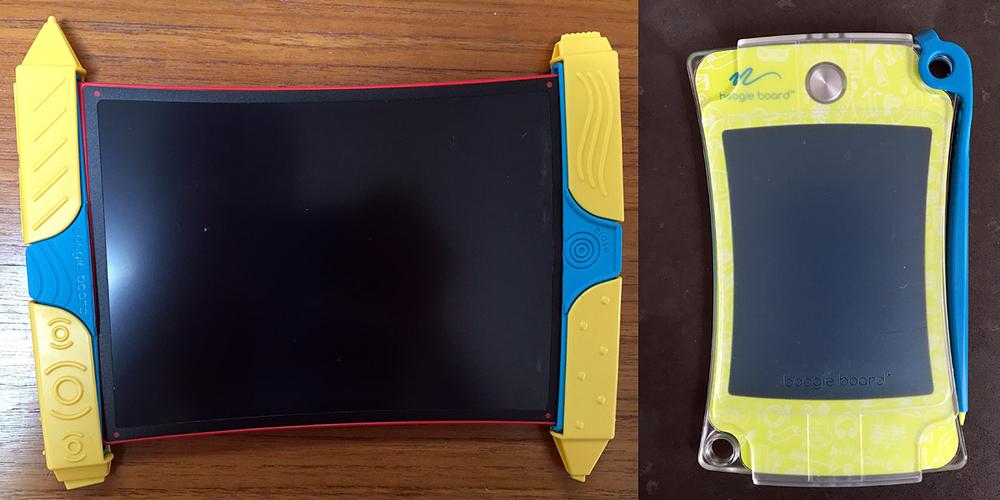