Since hearing about this earlier in the week, I’ve been itching to get over to take a look at the super-sized 3D printer. And. It. Is. Awesome. The Replicator increases the size of the print area as well as offering dual-head printing, allowing you to print using two colors (but not at the same time). They had plenty of plastic models printed with the Replicator that you could pick up and handle to see just how strong the final products are as well as the printing resolution. I did find out that the Replicator is shipped already assembled — this may be a bit sad for some DIYers to hear, but the belief is that by assembling the Replicator in-house and testing it for accuracy, the company will reduce the number of tech support calls… and I agree. It’s a big box, and when you look very closely you can see just how accurately the laser cut parts fit together. While the machine is printing, there is almost zero wiggle… the construction of the machine and how it’s reinforced have greatly reduced the wobble and back-and-forth motion you see in many other 3D printers. Do keep in mind as well that there is a slight lead time on the machines since each is assembled individually — if you want one, be sure to contact MakerBot to get the latest delivery estimates for orders.

Check out more information on Replicator at makerbot.com Another newcomer to the 3D printing world was also being demonstrated — the Cubify product is a small 3D printer that is being marketed to kids and non-techies. The goal of the unit is plug-and-print, and I was told that on the software side they’re trying to reduce it to a 3 step process for plugging in the machine to your computer and printing a model. They had a dozen or so of the machines printing various items, and I was pleasantly surprised to see the .5mm resolution produced some very fine layers. It’s quiet, too. Do be aware that unlike the MakerBot 3D printer and others on the market, the plastic you’ll be printing will be sold in cartridges that are inserted just like you’d insert an ink jet printer cartridge. This means you’ll be tied (at least for now) to buying your plastic from the Cubify folks. I’ve arranged to get a test unit when they become available later in the year, and will report back on the ease of use and how my 5 year old responds.

Details can be found at cubify.com 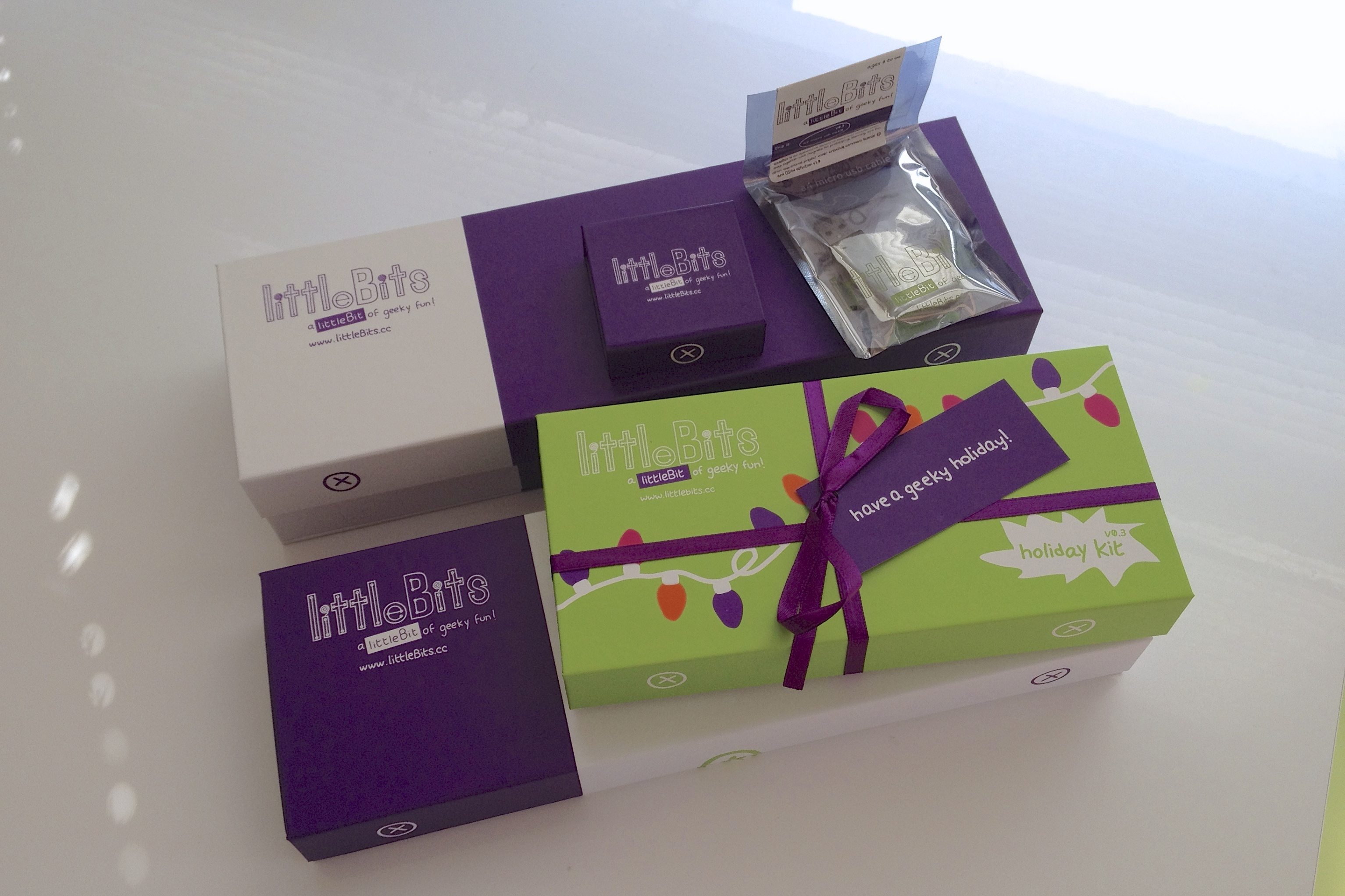 A Little Bit of Electronics Fun with LittleBits