It’s a good bet that a lot of kids who can’t get enough cartoons dream about someday getting a job making them. It’s pretty likely, too, that everyone who’s ever captained the Jungle Cruise at Disneyland has spent some portion of each trip fantasizing about what they could really do for Disney if only their full talents were realized. It’s also safe to say that most people in both categories, alas, never see those dreams come true. But then, not everyone can be John Lasseter.

Lasseter, who turns 55 today, studied animation in college at the California Institute of the Arts — in a class taught by three of Disney’s Nine Old Men — alongside classmates such as Brad Bird, John Musker, Henry Selick, and Tim Burton. After graduation, he got a job as, yes, the skipper of the Jungle Cruise ride at Disneyland. Fortunately for the world, he soon got a job at Walt Disney Feature Animation, where he worked on films such as Mickey’s Christmas Carol. On being shown some of the computer animation work being done on the original Tron film, Lasseter quickly realized the potential of the technology and began to work with friends on making a short test film and gearing up for a feature. In doing so, though, he ruffled feathers at Disney and was fired.

He went to work at Lucasfilm Computer Graphics Group, and began work on computer animation projects that would eventually become the first-ever fully computer-animated feature film, Toy Story. In the meantime, of course, the company was sold to Steve Jobs and became Pixar — and Lasseter would be executive producer of every one of Pixar’s films and shorts, and director of several.

When in 2006 Disney purchased Pixar, Lasseter was back working for The Mouse, but this time with a little more power and prestige. Lasseter is the chief creative officer for both Pixar and Walt Disney Animation Studios, not to mention principal creative advisor for Disney Imagineering, the arm of the company that designs attractions for the theme parks. He reports directly to Disney President and CEO Bob Iger, and is one of the few people at the company with the power to green-light movie projects.

So it’s safe to say that Lasseter has had, and continues to have, a career that would be envied by most people. And we, the movie-viewing public, are all the better for it. Because without him, Pixar may never have existed, and — with the possible exception of Cars 2 — Pixar has been the source of some of the finest entertainment of the past two decades.

So please join all of us at GeekDad in wishing John Lasseter a very happy 55th birthday, and many more to come! 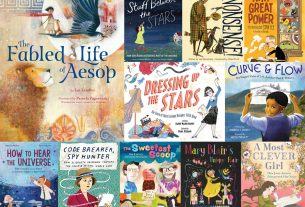