With our recent move to Ohio for a job and having lived in Wisconsin for the past 25 years, this GeekFamily is in the “we don’t know what we don’t know” phase of our new home state. We want to do things out but just don’t know what. We’d love free stuff to do as well with the holidays right around the corner. The Wright-Patterson Air Force Museum let us do both.

A relative easy drive from many places in Ohio, the Wright-Patterson Air Force Museum (formally known as the National Museum of the US Air Force) is open every day except Thanksgiving, Christmas, and New Year’s. And did I mention it was free?

We piled the kids in the van, drove up to Dayton on a cool fall Saturday, and arrived just in time to get in on the start of a guided tour of the museum. While the GeekMom and I loved it and found it informative, the kids wanted to explore. (Mom and Dad decided we’ll go back some day when the kids are in school and take the guided tour.)

The museum sports an IMAX theater, three huge hangars filled with airplanes and displays, a hands-on learning center, and an area devoted to outer space. If you are an airplane geek, this place in many ways rivals the Smithsonian Air & Space Museum.

The museum starts with the early days of flight – the Wright brothers – and moves through an amazing and rapid progression of aircraft just past World War I. The largest section of the first hangar is reserved for the airplanes of World War II. In between the first and second hangar is the National Aviation Hall of Fame. While highlighting the men and women who made significant contributions, there are several hands-on activities that captured the kids’ attention. They played Microsoft’s Flight Simulator, tried to land an airplane on an aircraft carrier, learned how to stop a helicopter from spinning, and tried their hand at moving through outer space to move things to the space shuttle.

The second hangar is devoted to the Korean and Southeast Asian eras of aircraft. The third and final hangar walks through the Cold War and then current military operations. The final section of the museum is the missile and space gallery.

All in all we spent the better part of three hours there and didn’t get to look at everything that we wanted. The kids were tired and not enjoying the walking around so much so we called it an afternoon. I’m sure we’ll go back, and when we do we’ll change it up a couple ways. First, we’ll go earlier in the day and second we’ll either pack a picnic lunch to enjoy outside mid-way through the museum or we’ll bring some money and eat at the cafe.

The National Museum of the US Air Force is an amazing display and certainly recommended by this GeekDad if you find yourself in Dayton. Just make sure to leave enough time so you can see everything.

Show Me the Money! 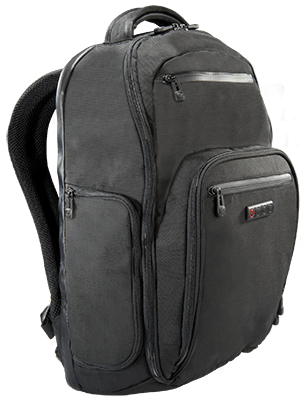 A HERO Will Rise